Apple announced back in 2017 that it will launch the highly innovative iPhone X with a full-screen display and a surprise accessory that everyone is going to love. The accessory that we are talking about is the much-anticipated wireless charging pad called AirPower. Apple did keep true to its word, but only when it comes to iPhone X. The latter was one of the most popular smartphones to launch in 2017 and it changed everyone’s expectation of what the “perfect smartphone” should look like with tens of other tech companies copying the full-screen design right after. On the downside of things, AirPower was never revealed.

We don’t know the reason why Apple deemed that AirPower shouldn’t launch at the same time with iPhone X but what we do know though, is the fact that Apple is planning to launch the much-anticipated charging pad in 2019. Multiple leaks have shown that the Cupertino based tech giant has finished designing AirPower and that the charging pad will probably launch somewhere in September, at the same time with the new generation of iPhones.

Apple has yet to reveal any exciting details about the AirPower charging pad, but there is one thing that everyone already knows about it, and that is that the charging pad will be quite expensive. However, this shouldn’t come as a surprise to anyone since Apple is infamous for overpricing its products and considering the fact that AirPower will hold the tile of being Apple’s first-ever wireless charging pad, then we can be sure that the accessory will also ship with a hefty price tag.

Nonetheless, this doesn’t mean that iPhone users don’t have any other options than the upcoming AirPower. In fact, there are lots of premium third-party wireless chargers available on Amazon and today we are going to present the top six. 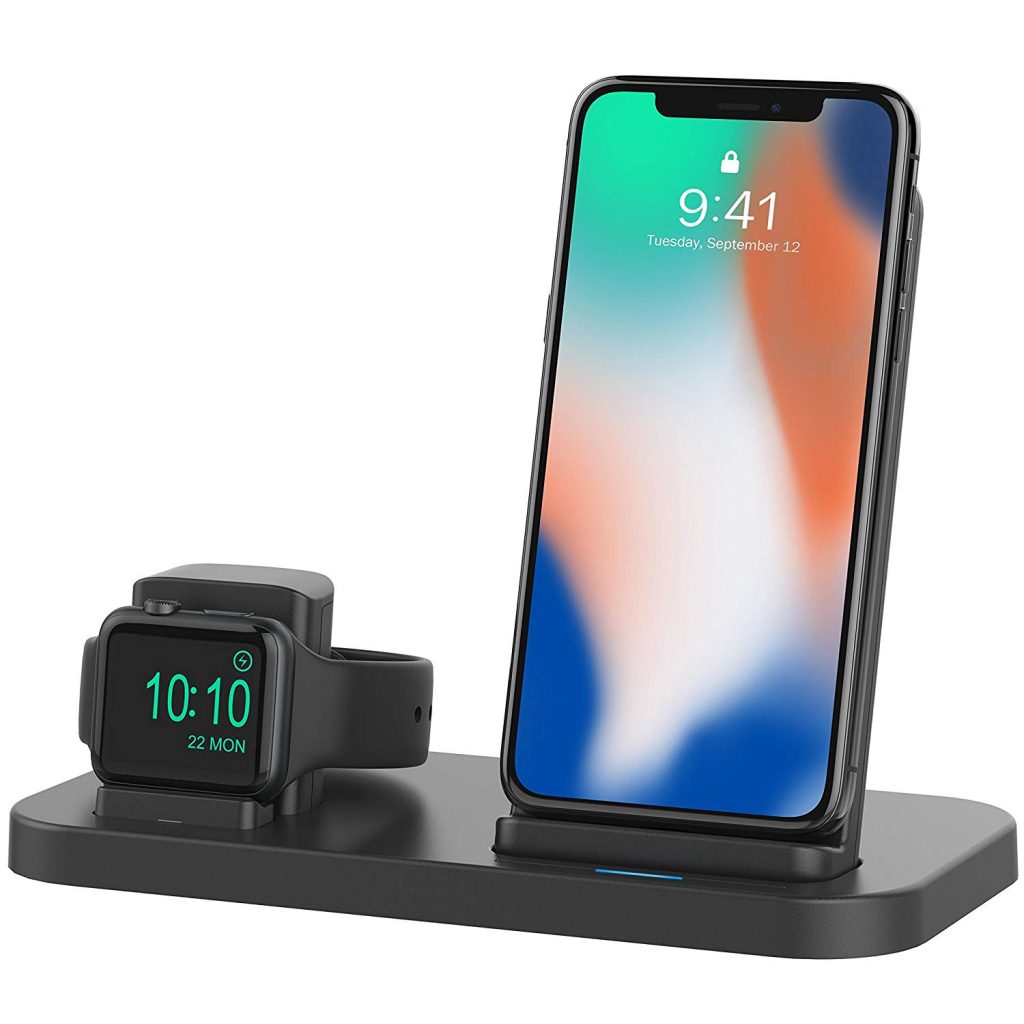 We are going to start our list with the wireless charging stand made by BEACOO. As we can clearly see in the picture featured above, this is not a regular wireless charging stand and instead, this is a 2-in-1 charging stand. This means that Apple fans who also own one of the company’s latest Watch Series 4 will be able to charge it at the same time with their iPhone. In addition, the design of this accessory is sleek and it will look great anywhere, including at the work office.
Price: $35.99
Purchase it from Amazon 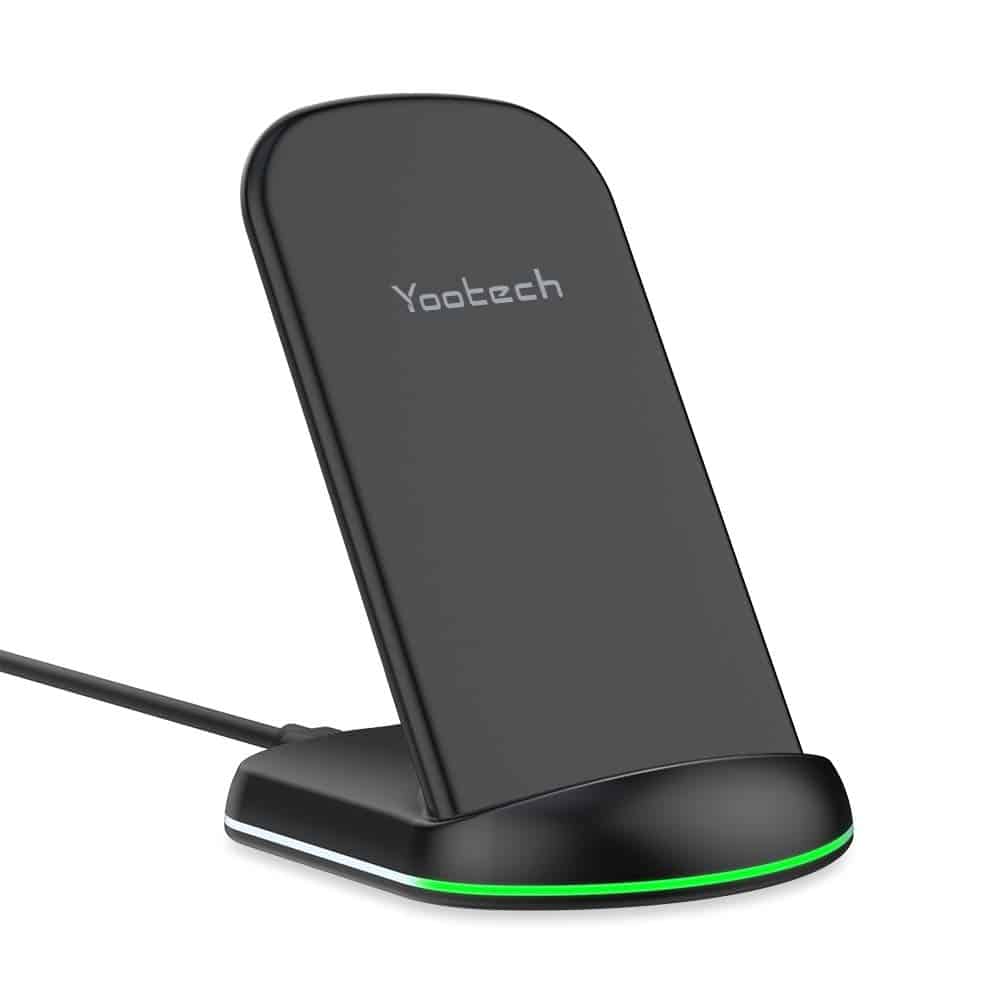 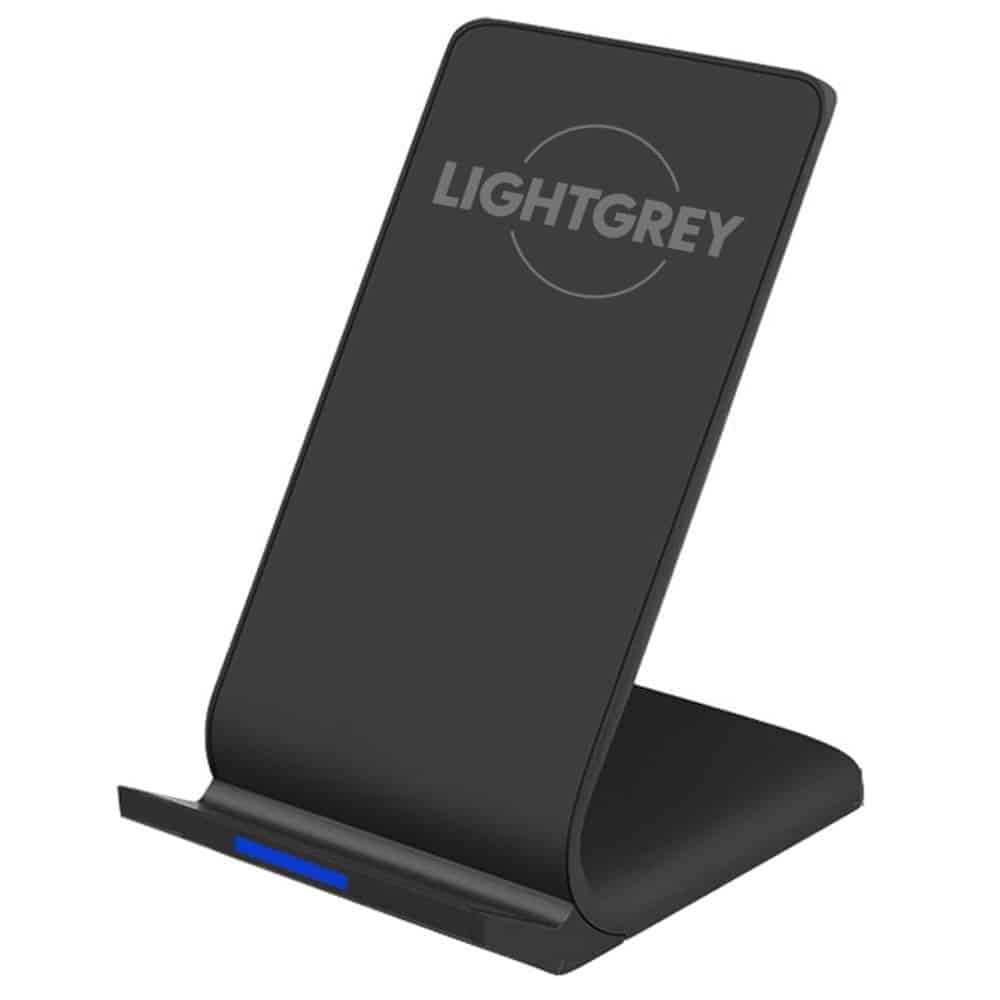 We previously mentioned the accessory made by Yootech and how it’s affordable, but this time we are taking the price even lower. The folks at Lightgrey have created a reliable wireless charging stand that supports all Qi-enabled devices. This means that iPhone users who purchase this wireless charging stand will be able to share it with their friends or family members who might own an Android powered device such as Samsung’s latest Galaxy S10 for example. We should also note that this wireless charging stand ships with smart chip safety features which makes sure that the device which is being charged doesn’t overheat or short-circuit.
Price: $14.99
Purchase it from Amazon 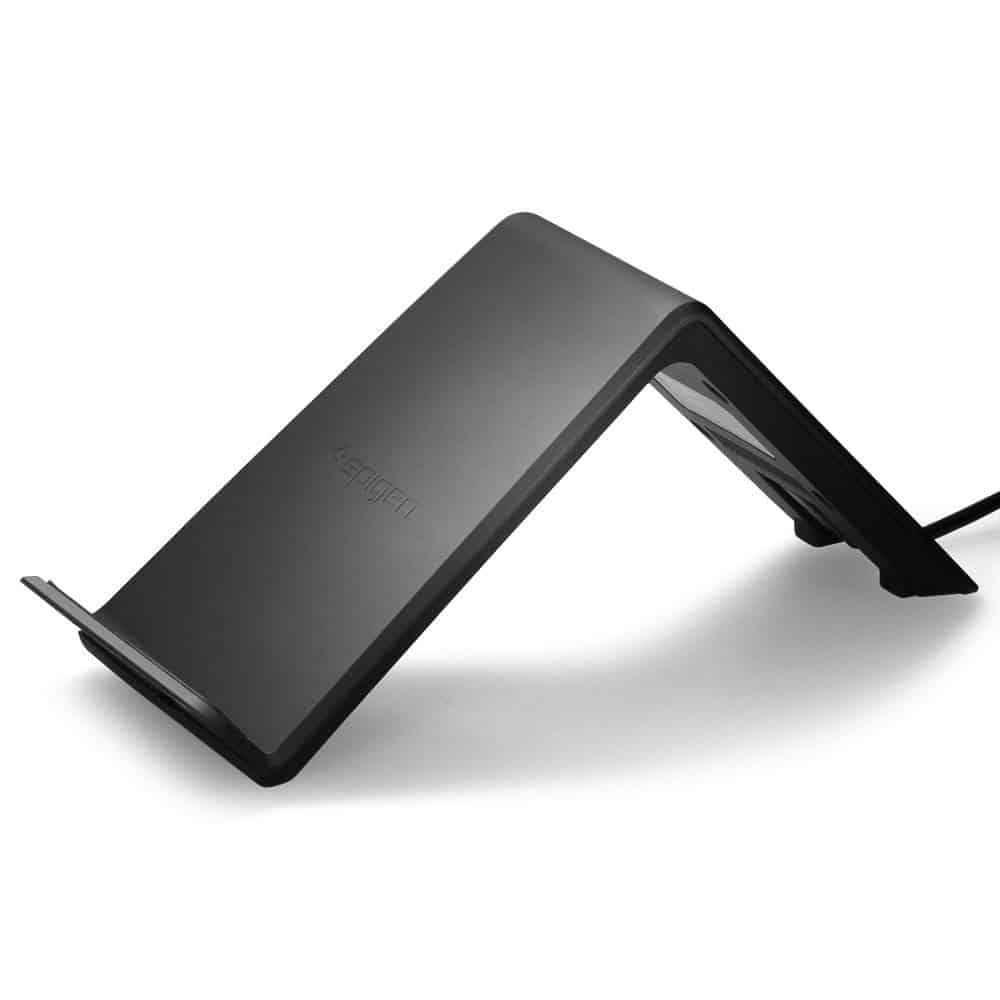 Some people like simple designs while others prefer something a little bit fancier. This is where the wireless charging stand from Spigen comes in. This accessory ships with three charging coils that can be used in order to place the iPhone in different modes such as landscape, portrait and orientation. The cool thing about this wireless charging stand is the fact that it supports 2A adapters which are known for boosting the average wireless charging speed.
Price: $21.99
Purchase it from Amazon

Are you looking for something that screams “I am an Apple fan”? well, then you don’t need to look any further than the Chuanghuike wireless charging pad. As we can tell by the design of the accessory, this wireless charging pad has been designed especially for iPhones and it supports all of them, including the latest iPhone XS Max and iPhone XR.

However, this doesn’t mean that the accessory is limited to iPhones by any means since it supports all other Qi-enabled devices, including Android powered smartphones. Moreover, the developers who have created this accessory have made sure to equip it with a special 10W charging mode that will fill up the iPhone’s battery in no time.
Price: $21.99
Purchase it from Amazon 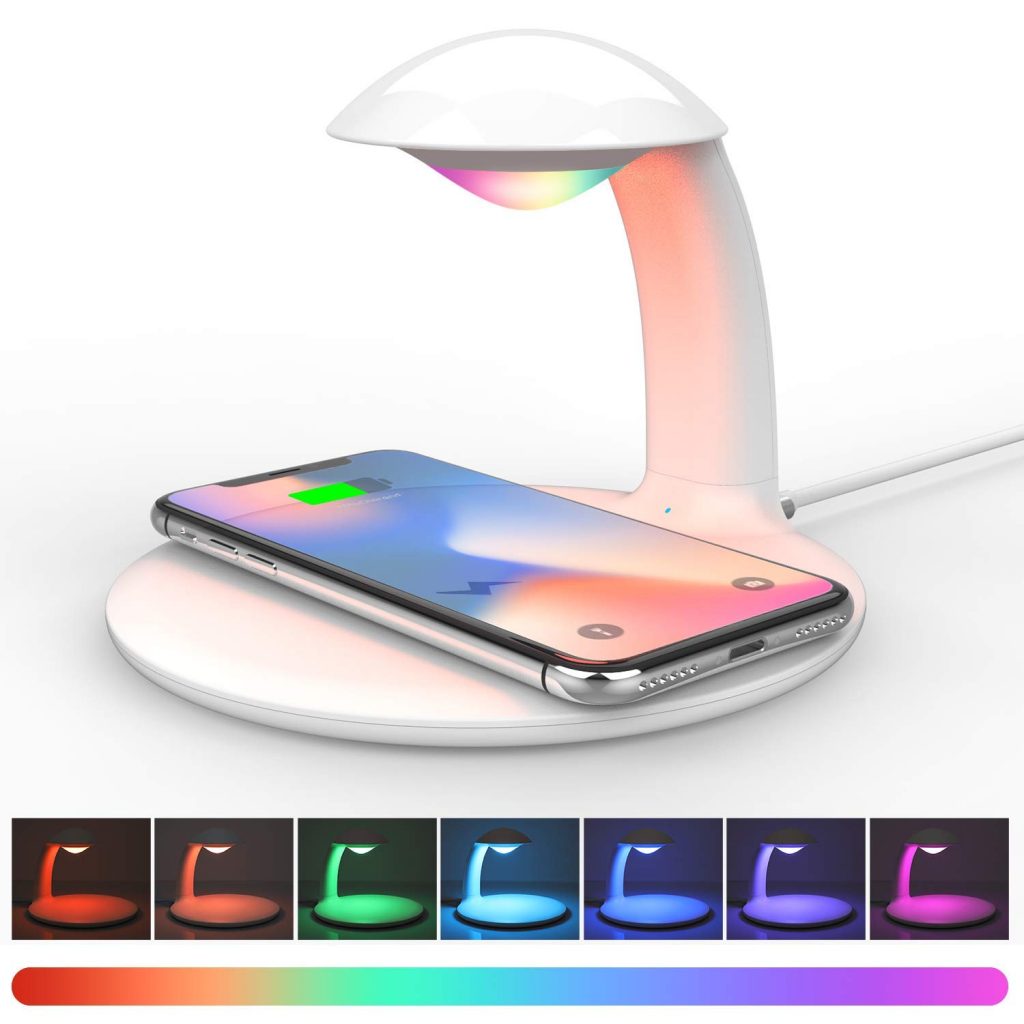 Just like we mentioned in accessory #4, some people enjoy fancy designs. This is why we want to present the wireless charging pad made by Lolypot. What makes this wireless charging pad special when compared to all the others that we presented until now is not just the fact that it can charge iPhones at fast 10W modes and instead, but that it ships with a flicker-free, anti-glare LED bedside lamp. To make things even better, the lamp is available in multiple colors starting with blue and ending with pink.
Price: $27.99
Purchase it from Amazon

As we can clearly see, there are lots of alternatives to AirPower. Therefore, iPhone users don’t need to spend hundreds of dollars on the upcoming Apple-made wireless charging pad.