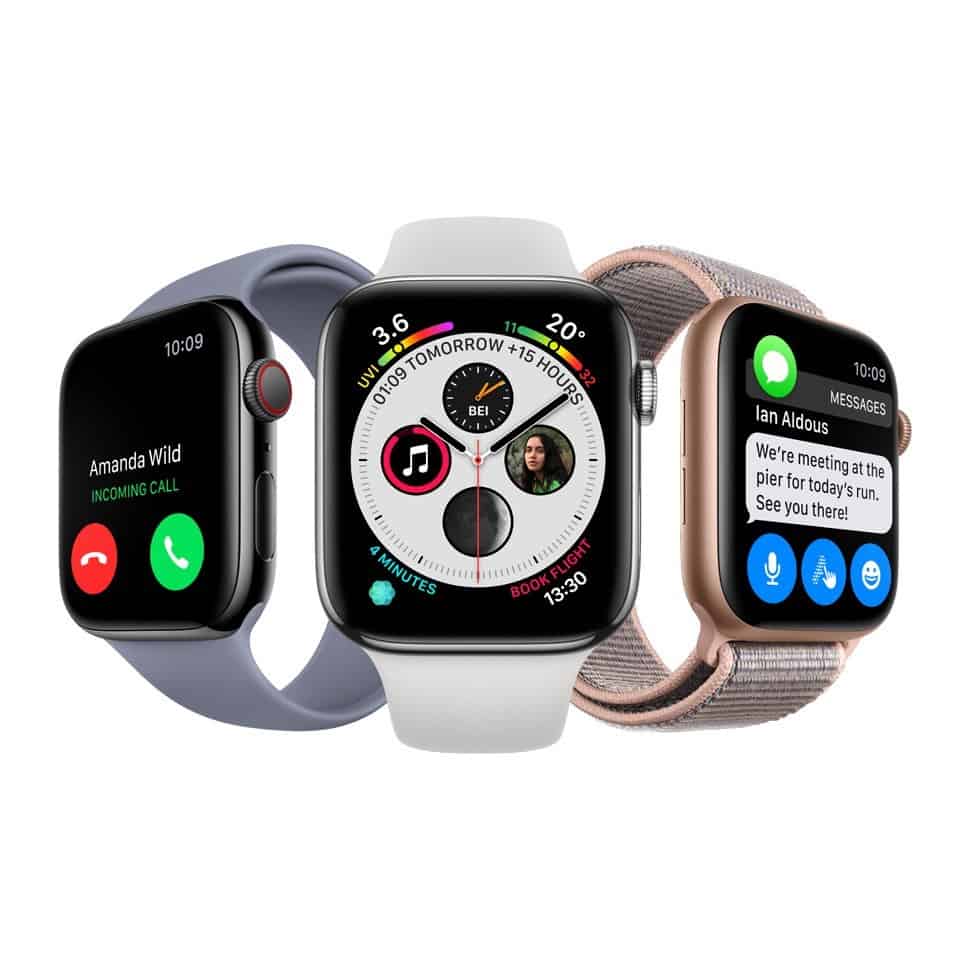 Apple’s iPhones are usually the top earners for the company but this has changed during this past couple of years. Even though iPhones are still some of the most powerful smartphones available in the world, the Cupertino based tech giant has started having immense success with another device, Watch Series 4. When it comes to smartwatches, Watch Series 4 is the one which currently holds the title for offering the fastest performances, unique features and a premium user experience.

With that being said, we know that many Apple fans have purchased a Watch Series 4 during the last months and we want to help them unlock the true potential of the wearable device and the best way to do this is by pairing Watch Series 4 with the right accessories. Without any further ado, today we are going to present the best accessories for Watch Series 4 that can be found on Amazon. 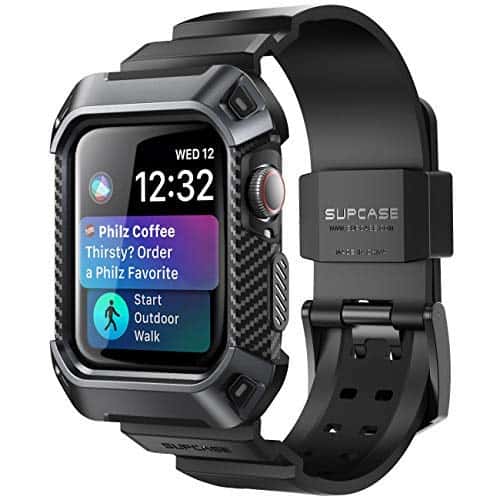 One of the primary reasons why Watch Series 4 is such a successful smartwatch is because it features a sleek design that is paired with a big display. While the display might look amazing, this also makes it easier for users to scratch or crack it and as we all know, Apple certified repair shops are infamous for charging hundreds of dollars in order to repair displays and all other types of aesthetic damages. This is why the first accessory that we want to present is a rugged protective case made by SUPCASE.

What makes this case stand out when compared to similar devices is the fact that it features a UB Pro bumper which increases the overall shock absorption of Watch Series 4. Therefore, having a rugged protective case is a “must” for Apple fans who love outdoors activities.
Price: $19.99
Purchase it from Amazon 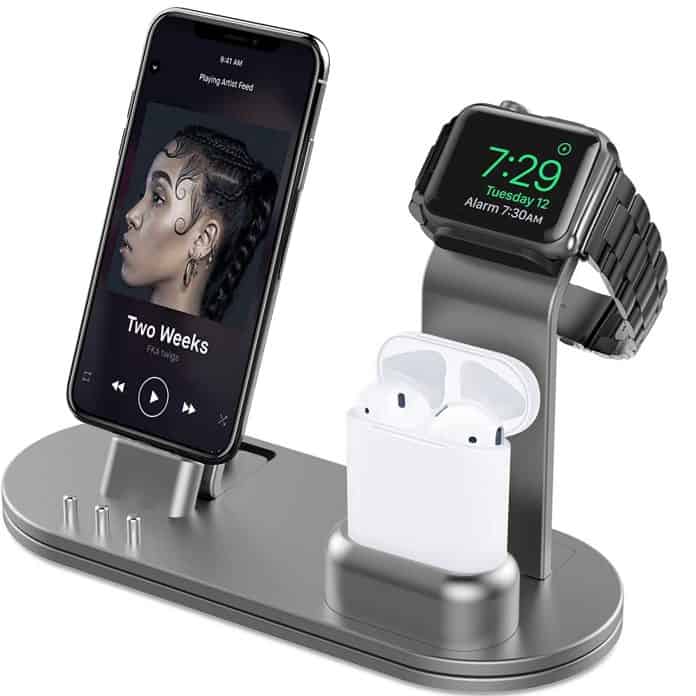 Apple announced that its highly anticipated AirPower wireless charger is finally going to launch during the upcoming months, probably in September alongside the new 2019 iPhone lineup. Nonetheless, AirPower is surely going to be expensive because this is Apple we are talking about and the Cupertino based tech giant is known for charging a premium for all its products. Therefore, our second top accessory for Watch Series 4 is the OLEBR charging stand. 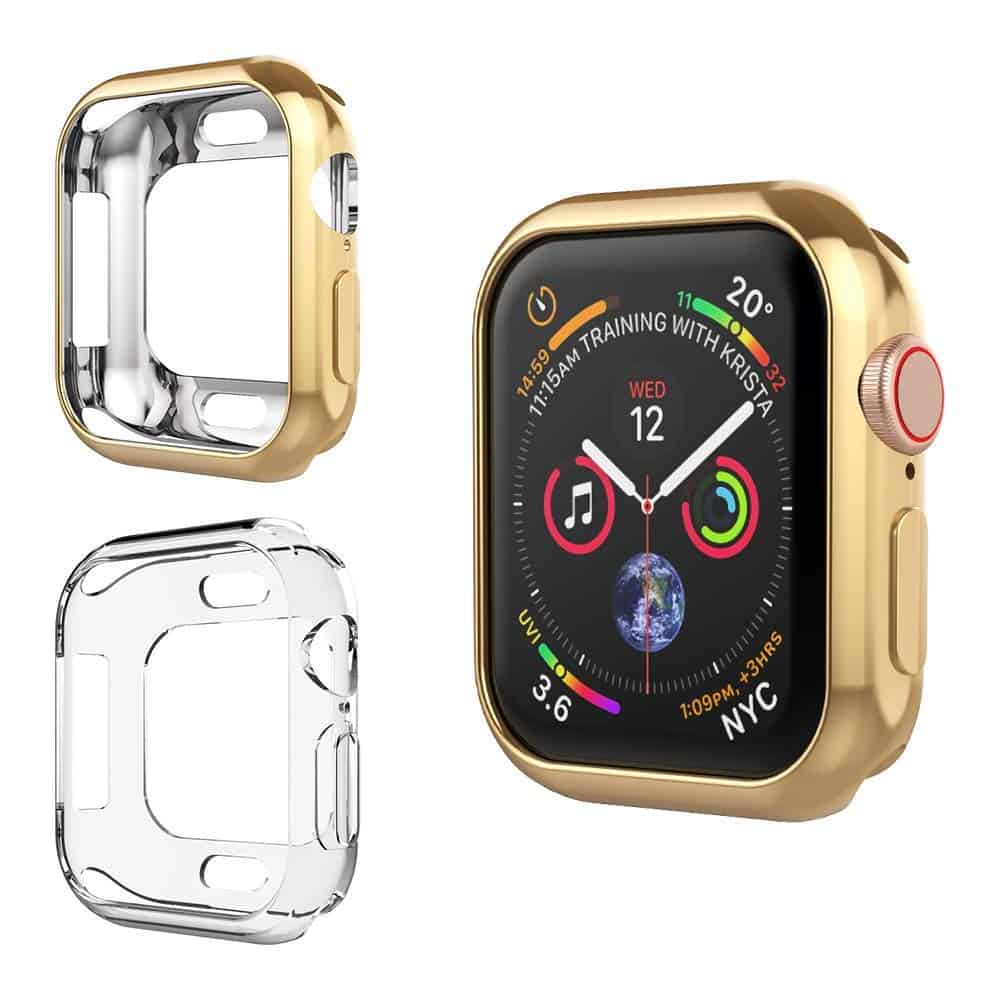 The first Watch Series 4 accessory that we presented was a rugged protective case. However, some of you Apple fans might not like the rugged design and here is where the gold & clear case made by Alrtiz comes in and offers an alternative. Even though Watch Series 4 might ship with an amazing looking design, no one likes wearing the same smartwatch as everyone else does.

Therefore, the Gold Case for Watch Series 4 made by Alritz is making it possible for Apple fans to customize the way their favorite smartwatch looks like and give it a more “premium” feel. To top it all off, this case doesn’t just make the Watch Series 4 look better, but it also protects it because it features shock-absorbing TPU material.
Price: $9.99
Get it from Amazon 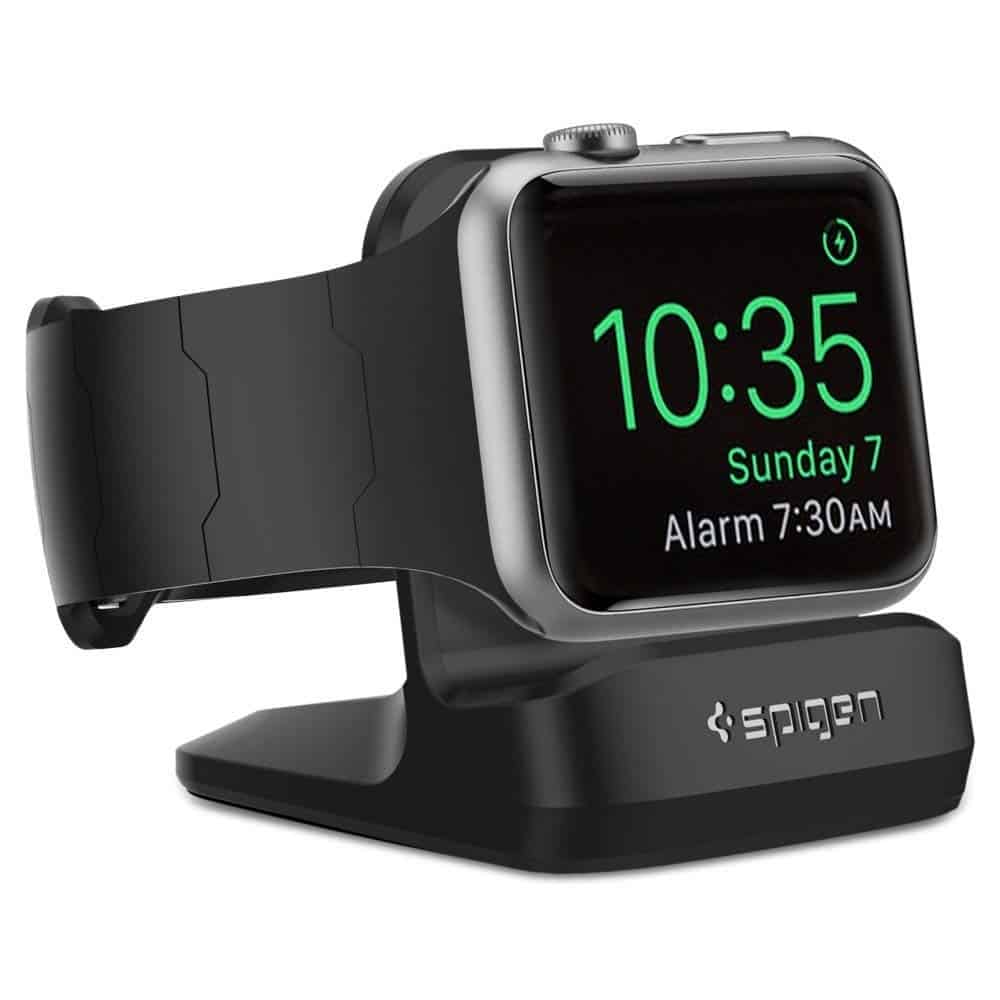 Right from the start, we need to mention that the watch stand that we are seeing in the picture above is made by Spigen. This third-party accessory maker is renowned for creating premium-quality accessories for Apple’s devices and the Watch Series 4 stand is the perfect example of that. The cool thing about this watch stand is that it features a night mode that makes it easier for Apple fans to check for information on their Watch Series 4 such as the weather, calendar or notes for example in the middle of the night.
Price: $8.99
Purchase it from Amazon 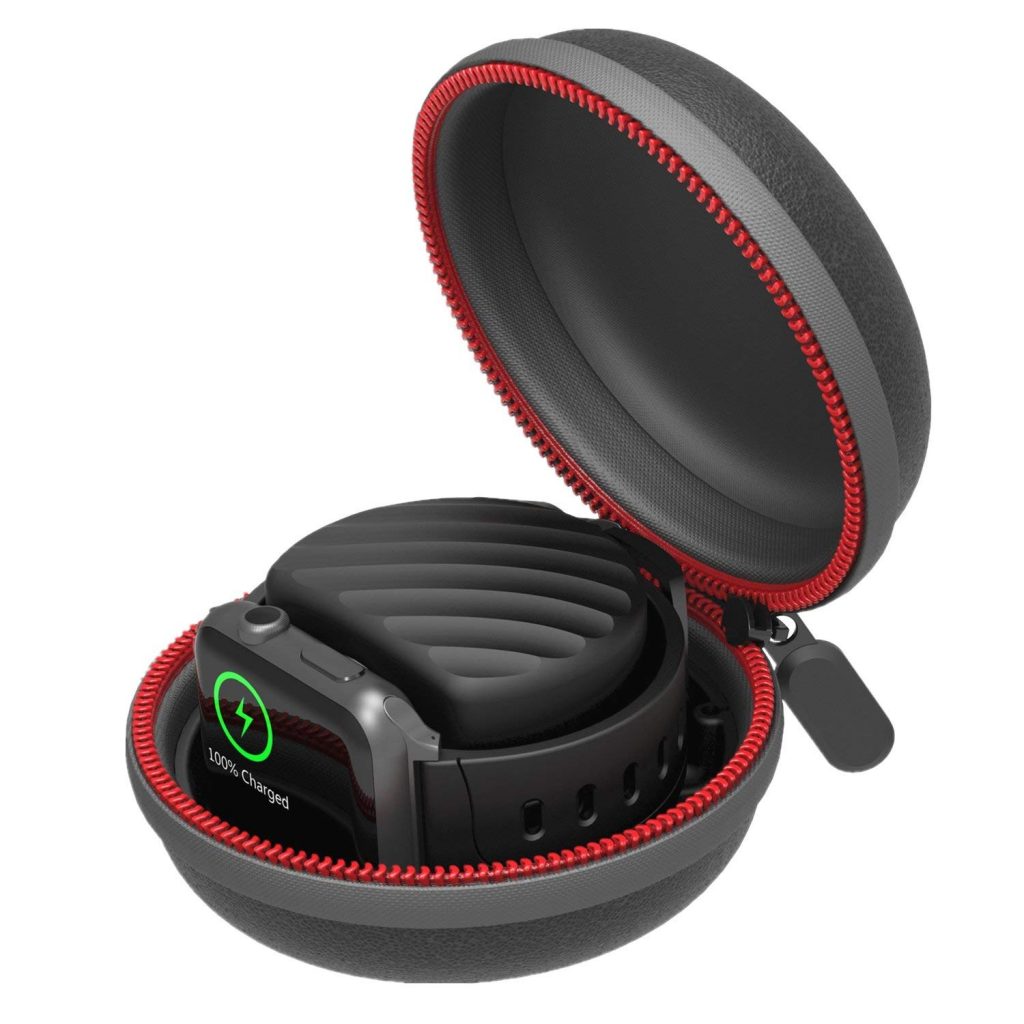 This waterproof pouch for Watch Series 4 is the ideal accessory for Apple fans who enjoy outdoor activities, especially activities that include water. The exterior is made from EVA material and the interior features nylon. The cool thing about this accessory is that it also features a crush proof hard shell which means that the Watch Series 4 will be protected at all times. In addition, the design of the pouch looks great.
Price: $11.99
Find it on Amazon 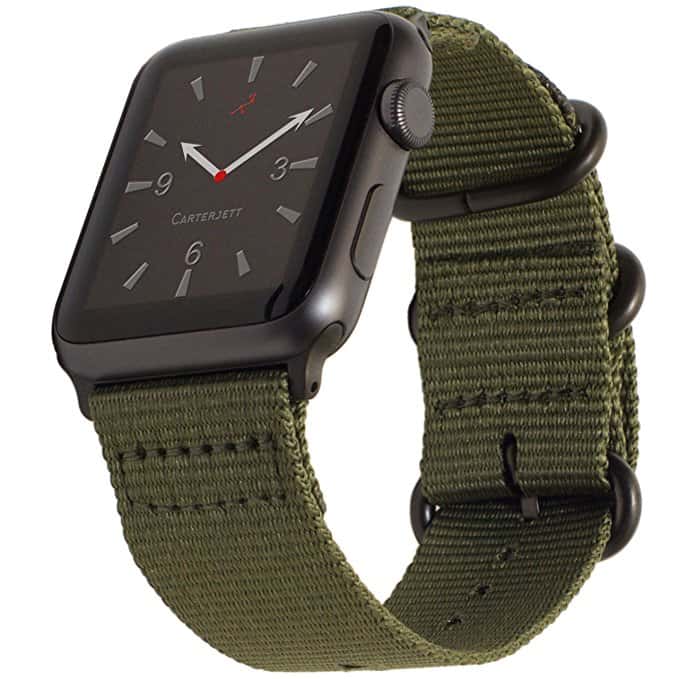 We previously mentioned that even though Watch Series 4 features a sleek design, the downside about it is that it looks just like everyone else’s Watch Series 4. Luckily, accessory makers such as Caterjett are creating bands that can be used in order to customize the design of the Watch Series 4. Therefore, our sixth top accessory for Watch Series 4 is the band from Caterjett which adds a bit of “character” to the smartwatch.

What makes this band stand out the most is the fact that it ships with a timeless classic design that is never going to run out of style. Not just that, but the material of the band doesn’t feature any sharp edges or scratchy material which could hurt the user’s wrist.

These have been our top six accessories for Watch Series 4. Even though picking one might be difficult, we want to advise Apple fans that there is no wrong decision to be made here. Every accessory is equipped with premium features and they are a great addition to Apple’s Watch Series 4. If you didn’t find any accessories that you like, then you might want to check out our 2018 edition of Watch Series 4 accessories by clicking here.