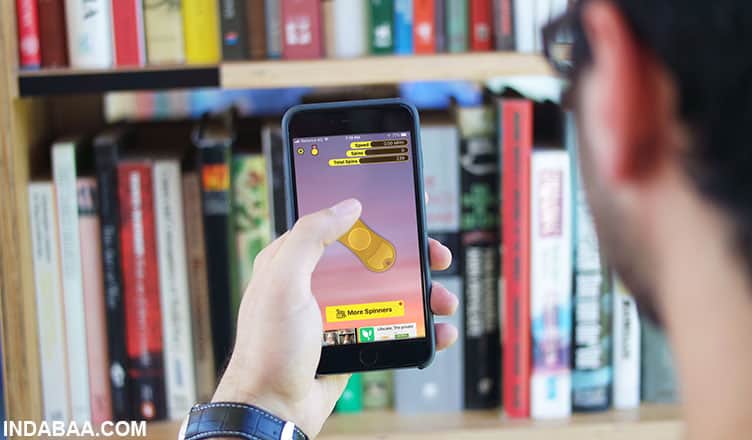 Fidget spinners are the talk of the town. Everyone from the elder to the kid next door is getting a fidget spinner. And why not? They are used by kids for fun and can also be used for relieving stress. You can get a fidget spinner from the market easily and can become the part of the trend. However, if you really are not into physical toys and want to enjoy the fidget spinner, you can try out the best Fidget spinner apps for Android and iPhone. All you need is a smartphone, and you enjoy Fidget spinner!

Choosing the best Fidget spinner apps and games for iPhone and Android from App Store or Play Store can be a tough task. Literally, there are tons of apps to choose from and it can become confusing very fast. That’s why we have listed the fidget spinner games for free and let you enjoy them at your own leisure.

Best Fidget Spinner Apps and Games for Android and iPhone 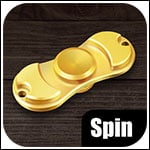 Our first entry in the list of best Fidget spinner apps is Fidget Hand Spinner. It is built on the philosophy of fidget spinner, and you can easily kill a lot of time with this app. As Fidget spinners help relieve stress, the app can also do the same, making you relax. With this app, you can try out different spinners for free. The app also promises to add more fidget spinners in future. 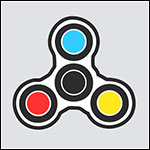 Spinny Fidget App is one of the most popular games on Android and iOS. To play the game, you need to tap on the screen and hope for the best. Clearly, there are many ways you can play the game. The game also supports color matching while spinning, giving a unique value proposition to the user. You can also collect stars for unlocking new fidget spinners! To unlock a new fidget spinner, you need to collect 100 stars. 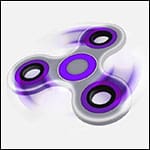 If you are looking for a fidget spinner iOS game then this is what you will ever need. The Fidget Spinner from Ketchapp is an excellent addition to both iOS and Android library. Clearly, the game helps you to feel relaxed and you will get five swipes or tries to get the best spin! In this game, you can also upgrade your finger spinner. Moreover, you can compete with your friends and try to beat their records. A very fun game to play! 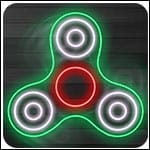 Another developer, another Fidget spinner game! This game has an amazing UI and graphics. You will also be able to listen to amazing music while playing the game. Of Course, the soundtrack can be annoying or pleasing. It all depends on the taste of the player. The game supports multiple modes and hence offers more variety compared to other similar apps. This is the best Fidget spinner app for Android. It is only available for Android and not available for iOS yet.

Get Fidget Spinner App on Android 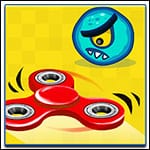 Spinners vs Monsters is not your simple Fidget Spinner game. It is great for those who are looking for something new and refreshing. If you are bored of playing the normal Fidget spinner games, this is for you! In this game, you can use the spinner to kill the dangerous monsters. By killing them, you will gather new items, skins and coins. So the game mechanism is simple, hitting with monsters will slow down your spinner. So you need to make it rotate as much as you can. If you become too slow, you will die!

Get Spinners vs Monsters on iOS

Get Spinners vs Monsters on Android 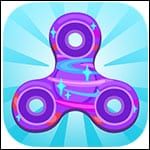 That’s it. We have listed the best fidget spinner games to play. Some of them are basic and don’t innovate over the Fidget spinner idea. However, few games go forward and improve the idea by adding new game play elements such as monsters, level up, rarity, unlocking, etc.