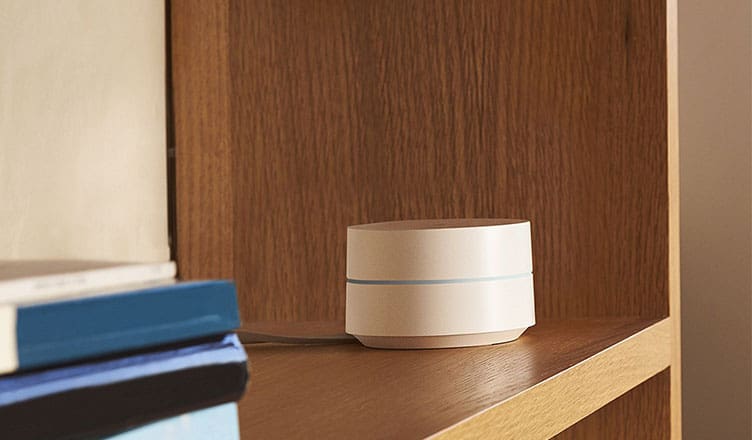 Everything is getting smart nowadays, so why not your Wifi system? If you live in a big house, you might be well aware of annoying Wifi black spots – which is so ‘dumb’ of traditional routers. But with the introduction of Google Wifi and other Google Wifi alternative systems, this is a problem of the past.

What is Google Wifi? 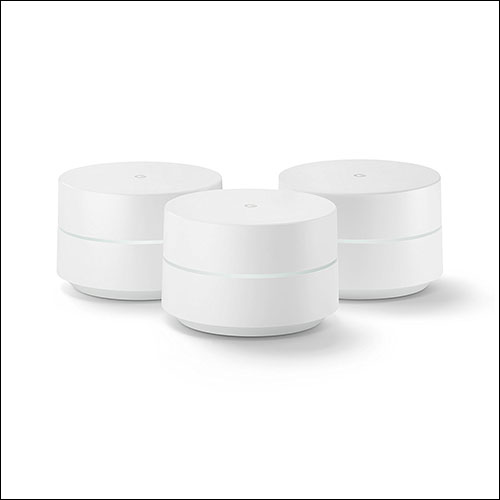 Google Wifi systems are basically mesh-enabled Wifi routers. Instead of having a single Wifi router, with Google Wifi, you have the option of having multiple Wifi points (of course, multiple points will mean more cost, but we are here to talk about functionality and not prices).

If your home is more than 500 Sq.Ft, then having Wifi blackout points is very likely. So with multiple numbers of Wifi Points set up across different rooms, you can ensure to have better, smoother and more consistent connectivity.

Furthermore, the device also brings in a lot more features and gives you an impressive level of control over your Wifi Network. It is also more secure than traditional Wifi Routers.

Now coming down to the price, a single Google Wifi point will come tagged with a pricing of $111.99 on Amazon. You can buy two, three, four or any number of such Wifi points and then configure them together to give your home complete wireless internet connectivity.

The market has multiple numbers of manufacturers providing better functions or better pricing than Google’s offering. So if you look at all your options before buying into a Mesh Wifi system, then take a look at the Google WiFi alternative which can give Google Wifi a run for their money.

So without further ado, here are best Alternatives to Google Wifi: 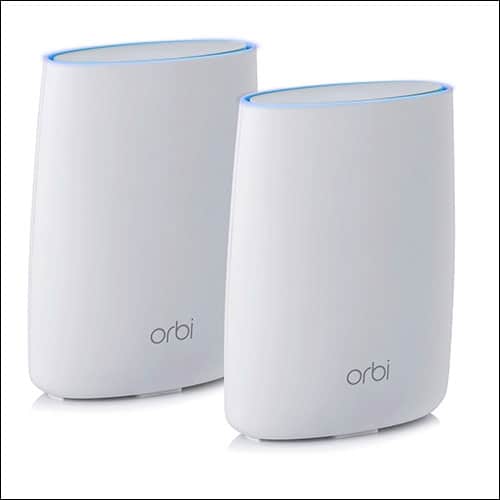 Google Wifi requires you to have a set of 3 Wifi points with which it can bring about 4500 sq.ft of uninterrupted wireless internet connectivity. In comparison, NetGear Orbi only requires a set of 2 Wifi points – the router, and the satellite and provides you with over 5000 Sq.Ft coverage. So that’s more power in a smaller package.

Other than this, you will also get Tri-Brand Technology which will build a backhaul connection. This means you will not lose data flow even if you add more devices.

You will also be able to use a single Wifi name, as with the case of all mesh Wifi system. This makes for a seamless connection while you roam about from room to room. And there is also the option to set up a separate and secure wifi network for your guests. So you can be sure that all your private data is safe.

And to set up all this, you will simply have to download the Orbi app, or use your web browser. The entire setup procedure is extremely intuitive.

Another notable feature of this Google Wifi router alternative is that it is totally compatible with Amazon Echo/Alexa. 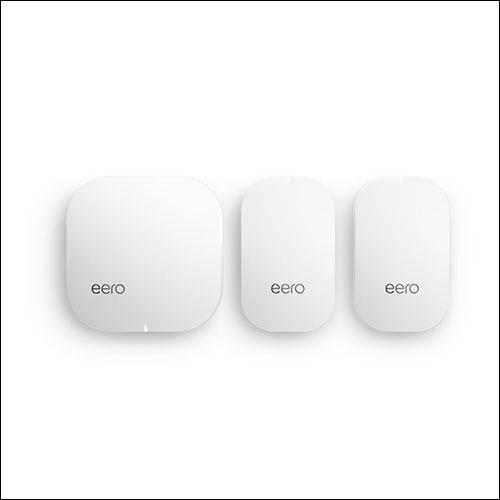 The Eero Home Google Wifi alternative comes with one router and two beacons which are to be used to amplify the Wifi Signals. Eero is by far one of the simplest mesh wifi systems on the market and the setup procedure is as smooth as butter.

This 3 Wifi point setup can easily span the length of a four bedroom flat or apartment with consistent, reliable wifi connectivity.

Now the Eero Home Wifi System that we are discussing here is actually the 2nd generation in its line of Mesh wifi systems. And if you were familiar with the 1st generation, then you will be happy to know that this time things are about two times faster. 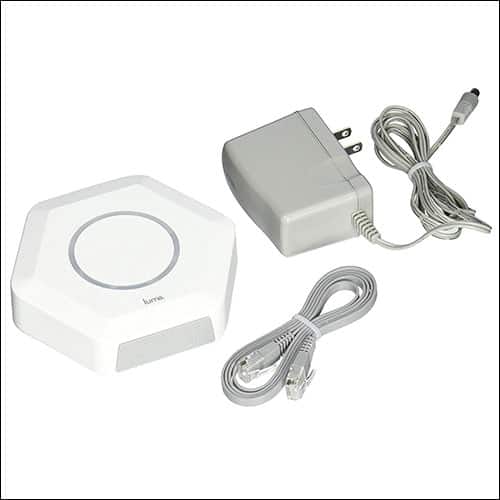 Luma is one of the cheap Wifi alternative systems. At under $300 you will get a set of three Wifi points which you can use to bless your house with ultra fast Wifi connectivity with zero dead zones and zero buffering.

Security is also taken very seriously here. All your connected devices will be scanned automatically, all day long to keep the viruses and malware at bay.

Apart from this, you also get a great level of control, and that too remotely. You can pause the internet, prioritize devices, grant guest access as well as remove undesired devices all through the Luma App. You can also control the parental settings to set user ratings to G, PG, or PG-13 for corresponding people on the network. This can prevent your kids from stumbling into inappropriate content.

Other notable features of Google Wifi alternative include its seamless compatibility with Alexa and support for two Gigabit ethernet ports of WAN and LAN USB 2.0. 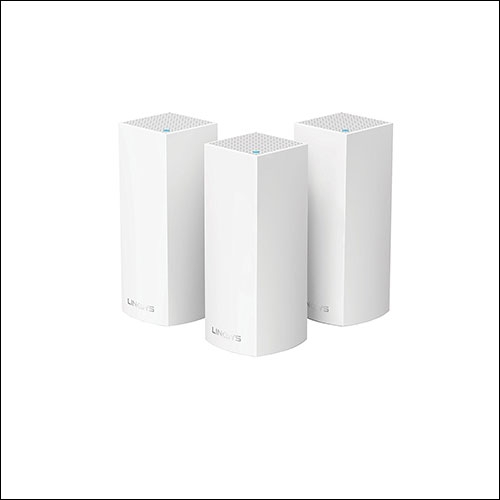 LinkSys Velop is probably the most powerful as well as the most expensive of all the Google Wifi router alternative systems. The system comes in a pack of three Wifi Points and can easily give you coverage of up to 6000 sq ft with surety that 100% internet speed is accessible even from the corner of your home.

Also if you are considering size, then the device is arguably tall, but it does occupy a smaller footprint than the competition. With that in mind, if your desk or tables are crowded up, then this will fit right in – literally.

Now much like all the other mesh system discussed above, LinkSys also covers up all the basic features. For the setup process, you will get access to the Linksys App which follows a very intuitive and user-friendly guided process. Furthermore, if one of the nodes (wifi points) has somehow become disconnected, then the over nodes will automatically kick in and re-establish internet connectivity. 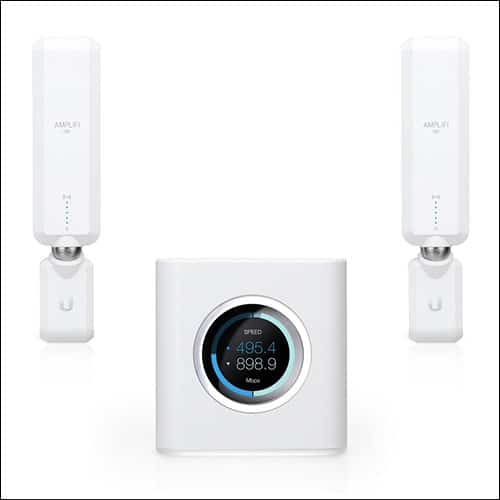 If you are looking for something different and sleek in terms of aesthetics but not letting down on performance, then AmpliFi HD is a solid Mesh Wifi system. The design of the AmpliFi is like that of a Amplifier, but who cares. It looks cool and gets the job done effectively.

This Google Wifi alternative will effectively manage to give you complete home coverage. The plug and play high-density Mesh Points ensure that there will be no Wifi dead spaces.

You will get your hands on a Dual Band 802.11ac Wifi System, a convenient Smart Touch Display for real time Status (a feature exclusive to this product) and an easy setup and management guide through the Amplifi App.

All in all, this is the most stylish of all the mesh Wifi routers discussed here, so if that’s your thing, then you can easily go for this Google wireless router alternative.