If you are into building a gaming PC that can handle VR gaming with 60FPS constant, you have to focus real hard on the PC parts you choose. For superior gaming experience, you need the best graphics cards for VR.

Currently, two VR Headsets are ruling the market – HTC Vive and its rival Facebook’s Oculus Rift. Both of them require pretty much mid-range components like the Intel i5 – 4590 or AMD FX 8350 and at least 16GB of RAM. These are the minimum requirements for VR gaming. But the VR resolution is rendered at ground-breaking 2160 x 1200 i.e., 1080 x 1200 per eye. To get 60 plus FPS in VR is not at all a piece of cake.

For those who have already been gaming on 4k resolution will expect smoother experience in the headsets too. Even though you have planned of the components for this build, keep aside a large sum from your budget for the best graphics cards for VR.

The minimum requirement of GPU for these VR Headsets is the Nvidia Geforce GTX 970 or AMD Radeon R9 290. But technology is improving at a rapid rate and so are the best graphic cards for VR. The mentioned graphic cards have become old-fashioned. At present, you will demand a minimum GTX 10 series GPU i.e., NVidia GTX 1060 or the RX series card AMD RX 480. Both the cards are priced more or less close to the GTX 970 or R9290, having much better performance. It is not guaranteed that these top rated Graphics Cards for VR will struggle to render the maximum details while VR gaming because they belong to the entry-level. So, we have made our own recommendation for which best VR Ready Graphics Cards to buy while building your VR capable PC. 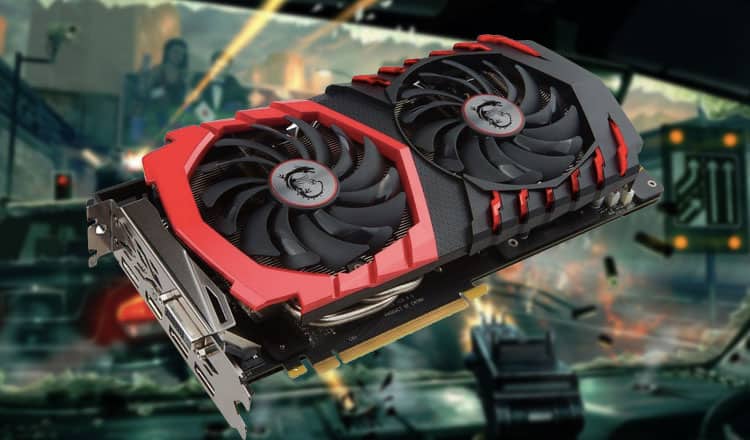 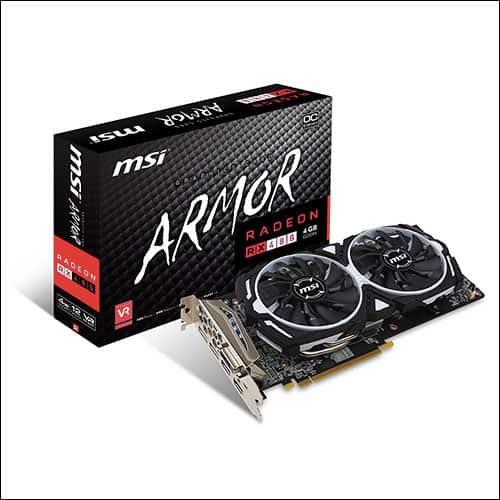 This is one of the most basic and best VR ready graphics card to start your VR project with. Out of the box, this card performs like a beast. You can play most games in Ultra or High settings at 1080p 60FPS. It draws power with an 8-pin power connector which allows for tweaked over clocking. It can achieve a maximum resolution of 3820 x 2160 i.e., 4K but performance is likely to reduce. Otherwise, it can handle any game in 2k or 1080p resolution with ease. The only con is that the memory could have been greater. This card fits easily in any mid-tower cabinet. 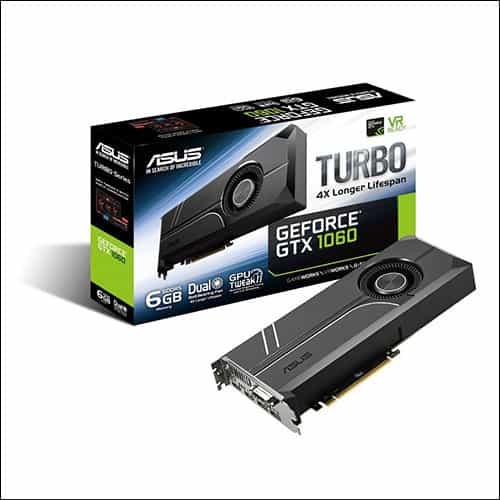 Team green’s powerful Pascal architecture can be witnessed through this GTX 1060. If you don’t have a high-end processor and don’t want any bottlenecking, go for this best VR Graphics Card for Oculus Rift. For those who are low on budget and still want to experience the VR gaming, with some tweaking, you can get a moderate performance. Keeping in mind the design of this good graphics card for VR gaming, it only consists of one fan. So, if you want to overclock, which I probably recommend not to with this card, it can reach temps up to 86 degree C. Normally, while gaming, the card struggles to keep the temps stable at 64 – 70 degree C. 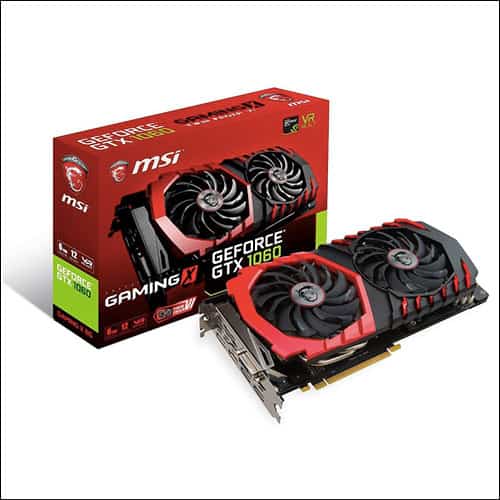 Msi’s Gaming X GTX 1060 performs better than GTX 970 with an affordable price tag. When the card is struggling at 100%, the temperature doesn’t go beyond 63 degree C. All credits to its two large fans drawing out the air while gaming for hours. You might not get the space to push it further for more vibrant effects in VR games but this is the average card to make up your mood. This NVIDIA graphics card for VR is one of the best VR ready graphics card for Oculus Rift. 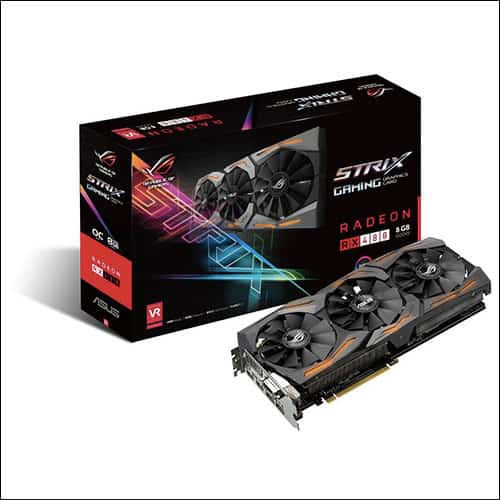 The ROG Edition best Graphics Cards for VR of ASUS are considered to be the top tier modification in the segment of its own brand. This ensures accelerated Clock speed, power efficient, and better cooling. At full load, it doesn’t create much noise to attract attention. When it comes to VR, the clock speed spikes to keep pace with the demanding graphics and rarely reach 75Hz. For the beginning, this card is all set and ready to hit the VR world. 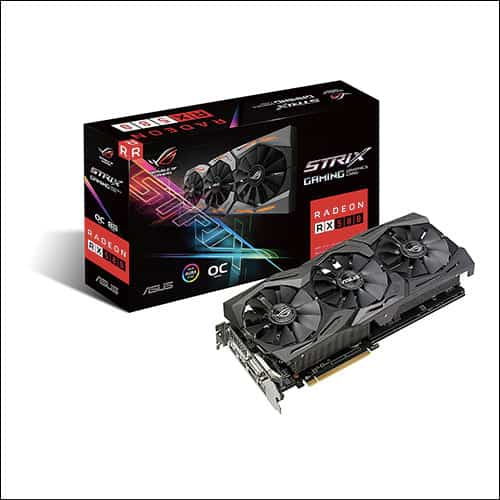 This beast is capable of impressing any gamer who wants to achieve more than decent frame rates’ in VR games. What gives this card the advantage over its rivals in the mid-tier segment are those two HDMI ports. It has achieved 90 FPS with ease in games like Audioshield, Rec Room and many more. Touted as the best VR ready AMD Graphics card for HTC VIVE, this card stays below 70 C under load while doing pretty well in High settings. Only at Ultra, you will see frames drops which might affect the graphics as well. 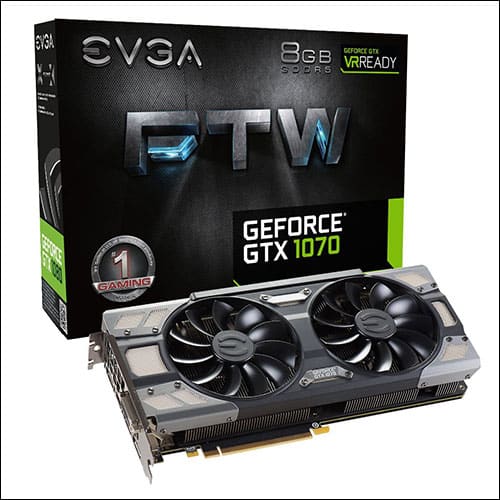 GTX 1070 is the sweet spot for VR games which demands as much as you can afford to give. With this card, you will definitely notice the improved detailing in the quality of the graphics. You won’t experience any frame drop unless indulged in heavy traffic or crowd. It performs better than a GTX 980 in many terms. The card is quiet and small in size which allows for more room inside your cabinet resulting in better airflow. 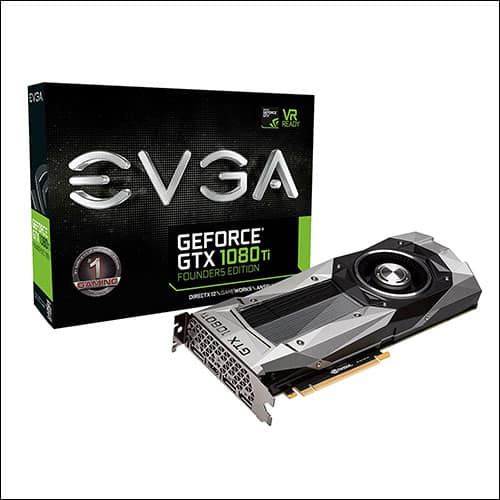 GTX 1080Ti is the powerful card in the market. The horsepower it packs inside is capable of running anything thrown at it at 4K 60FPS. It delivers the best performance in VR games. If you have the money to invest in, go for this card with eyes closed. Though it also struggles in challenging graphics like stormy weather, and heavy traffic, the refresh rate drops slightly below 90Hz. You won’t notice any flaws as it will keep you emerged in the game till you reach the end. The cooling system is quite decent. Under full load it never crosses 66 degree C.

For better results, couple your graphic card with Intel’s i5 or i7 Skylake Processor and 16 gigs of RAM. Ryzen is also recommended for its Multi-core performance which won’t throttle hard unless the game you are playing is CPU – intensive. 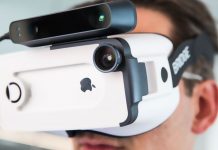 Best iPhone 8 and 8 Plus VR Headsets : Get Immersed in A New, Electrifying Reality 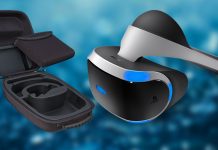 Best Cases for PlayStation VR Headset : Get Your Gaming Thrills on The Move With Safety 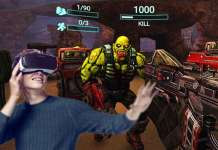 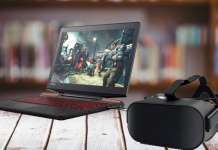 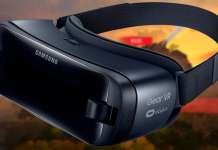 How to Take Screenshot in Gear VR and Record VR Gameplay