So you have bought one of the best VR headsets for you (so long as your budget permits), and now you are looking for equally good apps to entertain your eyes. After spending some bucks on your choice of virtual reality devices, it would be a good plan to download that VR app at gratis. Prices of the VR devices vary from cheap to mid-range to high-end, (if you consider Google Cardboard, HTC Vive, and PlayStation VR); but this list doesn’t burn a hole in your pocket.

Take a look at this list of best virtual reality apps and games to download. This list also has virtual reality games, which have created much hullabaloo of late, which are quite popular among kids and youngsters. It goes without saying that we will also dish out some more apps and games (but that would be paid) in near future. Till then, you should lay your hands on the free stuff, which you are always gonna like. 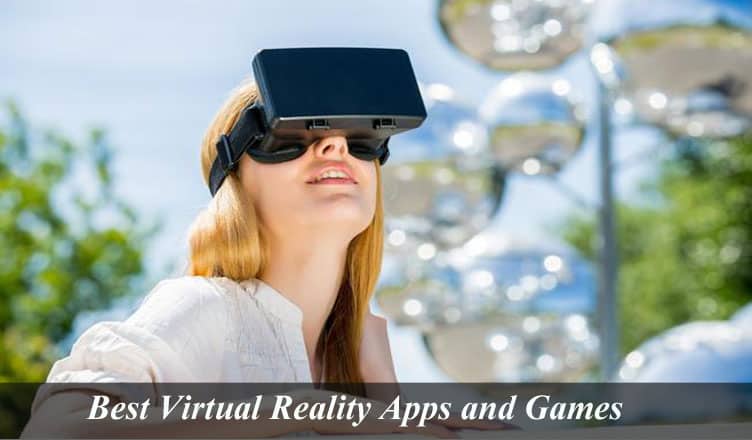 You must have seen YouTube videos thousand times, but have you typed in #360video into YouTube? I would suggest you to check this in your latest YouTube app on your iOS and Android phone. Locate the VR icon and strap on a viewer to enjoy 2D online videos through your VR device.

Surprisingly a newspaper offers you a virtual reality experience. It’s a good idea to enhance and expand NYT’s print and online news stories with a VR app. This design is compatible with all those Google Cardboards this media giant has distributed in 2015. This app gives a smartphone viewing mode also.

If horror is your interest, you must download this VR app on your iPhone and Android. Experience the thrill with immersive 360 degree visuals and audio. The app is designed especially for mobile VR as it boasts simple look-based controls. Enjoy the game in a scary environment created digitally. The game uses a split screen to create a 3D and immersive impact.

Enjoy the arcade elements in a short adventure game designed for Cardboard and other VR devices for iOS and Android phones. Players can experience the journey into the patient’s brains to search the neurons that trigger mental disorder. Emerge yourself into microworld and experience the miracles of the human brain. Explore the inside of the patient’s body with the help of surgical prototype bathyscaphe – which is a nanotechnology genius.

Put virtual reality on your iOS and Android phone. Undoubtedly, this is one of the best Google Cardboards Apps. This app helps you set up a Cardboard viewer and comprises a few experiences to get you started. Take a virtual walk through exciting environments, see 3D objects from a museum collection, roam around iconic cities around the world, and enjoy a fun stereoscopic take on the old classic.

ARTE360 VR is a virtual reality video app that shows you wonderful destinations in full VR view. If you love travelling but not able to go out frequently, use this app to do things like stare at mountains, explore old buildings, ocean scenes and other similar stuff. It is easy to use this as it boasts very simple user-interface; apart from exploring places, you don’t have to do much in this app.

If you are calm, cool, and composed, download this Smash Hit VR on your iOS and Android device. But wait! You need to be cool externally, inside you should be rowdy so that you can enjoy hitting beautiful glass objects that come in your way. Music is the key to please your senses as you cross each stage, music and tunes get changed. Travel through more than 50 different rooms with 11 different graphic styles, and realistic glass-breaking mechanics in every stage.

You can’t play this BombSquad alone. Create a group of like-minded folks (who possess iOS or Android devices) and start playing. You can play this game with your friends or computer; enjoy a number of games inside this game. Some of the popular ones are Capture-the-Flag, King-of-the-Hill, Bomber-Hockey, and of course Epic-Slow-Motion-Elimination. You won’t be able to control your laughing when you start throwing sticky-bomb on the opponent’s face. Or maybe you would like to freeze them with an ice bomb or shatter them to pieces with a punch.

We have made our earnest efforts to pick the best VR apps and games for Google Cardboard, which is one of the cheapest and most popular virtual reality devices. If you think that we could have improved this list, you can share your choice of Samsung gear VR apps and games with us. Send in your favourite iPhone VR Apps and Games and Android smartphones VR apps and games on Facebook, Twitter, and Google Plus.