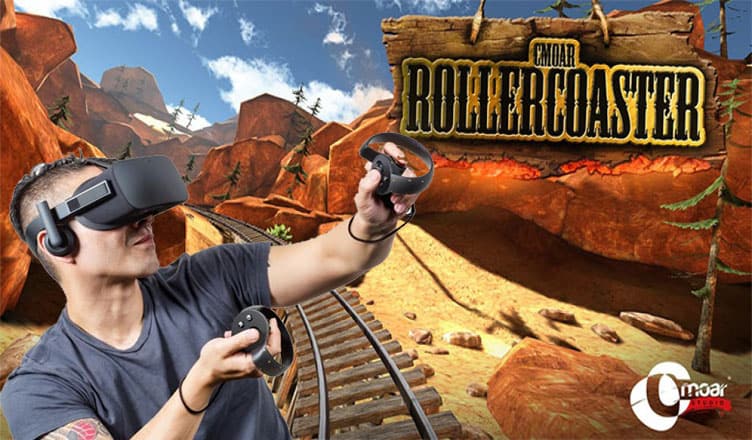 VR games have caught on like wildfire with gamers around the world today. The advent of modern gaming Controller along with equally compelling VR games has made it an exhilarating experience. Many big names like HTC Vive, PlayStation VR and Oculus Rift have become popular for their VR experiences. However, Google Cardboard and its apps give you the least expensive and easiest way to immerse into the VR world for both iOS and Android.

With Google Cardboard, you get a do-it-yourself VR headset that any person can build and a development platform that enables app creators to append VR support to their products with ease. An alternate method is to get a headset from DodoCase or Freefly VR and use your smartphone for visuals. After getting this sorted out, you can pick out the best VR-enabled games that can be found in Google Play or App store. Here are some such games that you may find appealing to try out.

InCell is an exciting action/racing VR game that also involves portions of strategy and education into the gameplay. The plot of the game is quite unique as you go for a journey inside the unusual tiny realm of human cell to halt a virus from spreading and advancing. This game is quite concentrated on virtual reality, but it is also playable without a set.

This is a fun VR game, also a little bit scary. The basic premise is simple, you have a gun and taken down zombies. The CGI is stunning and the immersion is excellent. For iOS and Android VR gaming, this game shows how the future may look like. Game controls are very simple as look around finding the zombies as quickly as you can. There is no gamepad needed.

This game is quite the roller coaster just like is aptly given title. You get to ride a deserted roller-coaster in a tropical island. You get to spend time in a dreamy virtual world while experiencing all the motion associated with a roller coaster ride.

If you are a fan of fast paced action gaming then Vanguard V is for you. This is a quick speed VR game that gets you low orbiting our planet right up to the very core. This game is comprehensively conceptualized and designed for VR and it is an amazing celebration of control, design and thrilling music. To top it all you get a very creative storyline that complements the VR experience.

This is the first multiplayer first-person-shooting game for iOS and Android through Cardboard VR. Game players team up with friends to fight against the zombies and defend their zones. However, players can also betray each other to gain bonus powers. To get complete joy, you will require a VR viewer and a motion-tracking controller.

Do you enjoy both football and VR gaming? If so, you will be totally immersed in Final Kick VR. You get to be in the thick of things for the tense moments of the penalty shots in a football field. You will be competing against the top teams, creating incredible goals and saves. The graphics are superb that give you a real match feel. You can perfect your extraordinary shots and saves to outwit your opponent. In short this is a complete football VR game that’s a must for lovers of the game.

This is a wonderfully cool VR game extracted straight from popular science fiction movies. The plot of this game puts you in a scenario where a new technology lets you enter into a patient’s brain to locate and eliminate neurons that could be the cause of mental disorder. This nano world journey looks and feels enthralling in VR and it is a perfect match for Google Cardboard meaning it can be played by iOS and Android users.

You May Also Like: Best VR Headset for Samsung Galaxy S7/S7 Edge

Are you a bike aficionado and love high speed riding? VR Bike gets you this adrenaline infusing experience by ensuring that your crazy speed dreams become reality. The city layout in this game is very similar to Paris. You get to ride at high speed while you face challenges like your controls getting jammed and having to steer without resulting in accidents. There are different difficulty levels with the various game modes.

This is a successor to the widely popular runner game Lamper VR: First Flight. This game provides a lot of fun moments. You become the Little Lamper, a firefly bug in this VR game. Your quest is to explore the beautifully lush forest to help your friends escape from the spiders who have kidnapped them. The graphics are simply excellent and the gameplay is truly engrossing.

End Space VR is one of the most detailed VR games available for iOS and Android users. The gameplay features you as pilot flying a small space fighter flight to engage in a space battle against enemies. You just have to move your head to roam around the spaceship and then use the magnet button to release laser shots. The VR experience includes various space environments, spaceships with extreme detail, upgrades and much more. Additionally, this game has AAA graphics and 3D positional audio for an amazing VR pleasure.

Bring out the inner gamer inside you by trying one of these VR games for iOS and Android, and let us know. Share your feedback with us on Facebook, Twitter and Google Plus.