Any gamer worth his or her salt needs the right kind of tools, in particular, game controllers. Just like the best Apple TV gaming controllers and best gamepad for Gear VR, without a good controller for Xbox, playing games is just not possible. The Xbox is a sophisticated gaming station with an advanced processing engine. Though the standard Xbox controller is good enough, there are other wired and wireless best Xbox one and Xbox 360 controllers available out there in various designs and with distinct features.

To get the best out of such a novel console, you can try out some of the more advanced gaming controllers, both wired and wireless, that provide that extra dimension to your gaming. With Windows 10 having some interesting aspects built into it, choosing a top third party Xbox controller, more specifically a best Xbox controller for pc, can stimulate your gaming experience to a great extent. Here is a list of some fantastic gaming top ten wired and wireless controllers for the Xbox console. 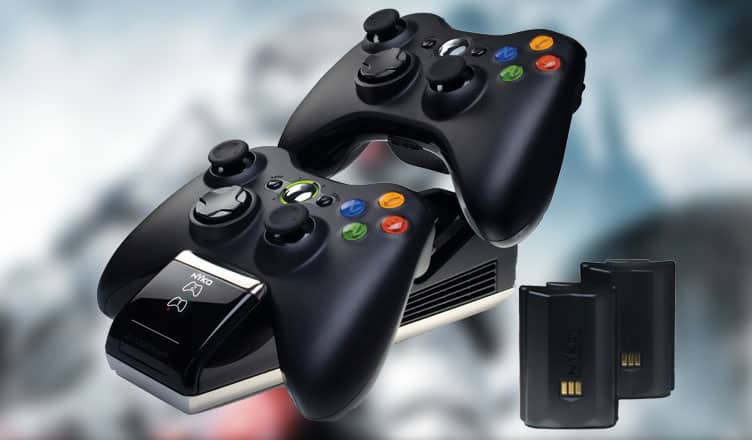 Best Xbox Controllers Compatible With Xbox One and Xbox 360 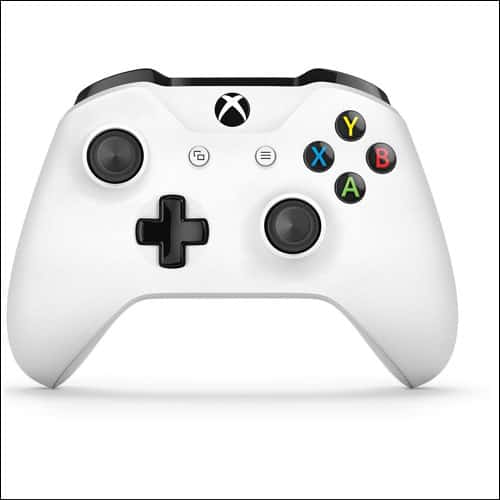 This controller from Microsoft, the parent of Xbox, is considered a best Xbox one controller choice by many gamers. This controller includes Bluetooth technology and you can enjoy wireless gaming on Windows 10 PCs and tablets. You get a textured grip for maintaining your target properly while gaming. With this controller, you get almost two times the wireless range compared to previous controller models. With a sleek and compact design, this controller is easy to operate without much bulk.

This controller comes with a faded magenta metallic finish and a lovely textured grip for comfortable gaming. This Dawn Shadow special exudes a trim, streamlined design and looks and feels quite good when held in your hand. You also get custom button mapping along with extended wireless range. Using this controller you can connect any compatible 3.5mm jack standard stereo headset. Because of Bluetooth being present, playing wireless games on Windows 10 devices is just a breeze. 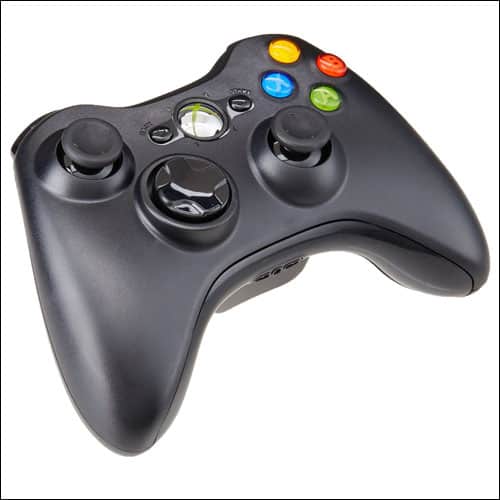 Considered as a best Xbox 360 wireless controller, this has a 2.4GHz wireless technology with a 30 foot range. There is adjustable vibration feedback for extended battery life of up to 40 hours. There is integrated headset port for Xbox LIVE play purposes where you enjoy two way voice communication; a feature available for the first time on wireless controllers. This controller requires 2AA batteries and you are given warning in advance as these batteries run low. 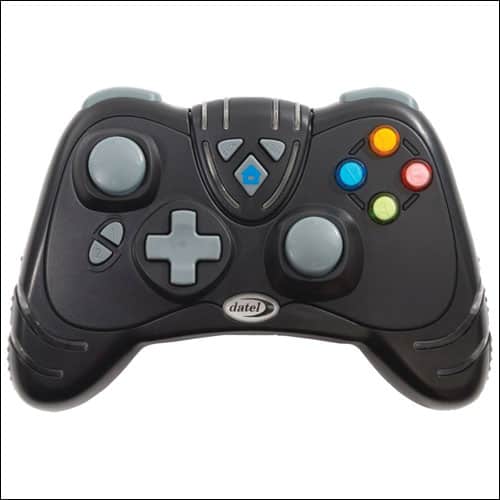 Datel controllers are reputed to be among the best off brand Xbox 360 controllers that provide a lively gaming session. These controllers include dual rumble motors and programmable rapid fire with blue LEDS that light up when Rapid Fire is in action for an immersive gaming atmosphere. In short this is a fully featured wireless controller for Xbox 360. Being completely wireless, there is no clutter with cords or dongles involved. 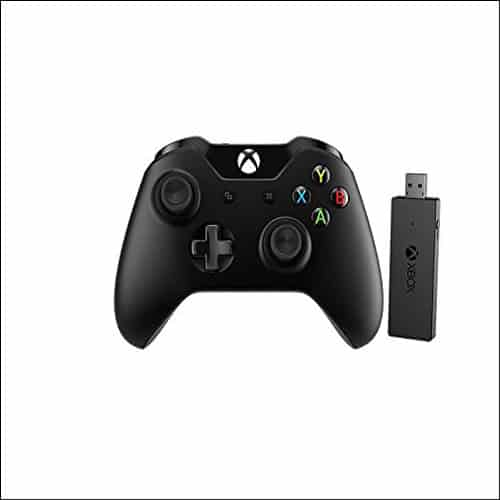 A wonderful Xbox One controller and just like a Microsoft Xbox 360 wireless controller for Windows, this comes along with a wireless adapter and lets you experience Xbox one gaming action in a wholly enhanced manner. This controller gives you newly designed thumbsticks and the D-pad provides increased accuracy and has great reactions to both sweeping and directional movements. The wireless connectivity to your Windows 10 PC is completely steady without interruptions. You can use this to connect Xbox one with any of your Windows 10 devices right from PCs to tablets. 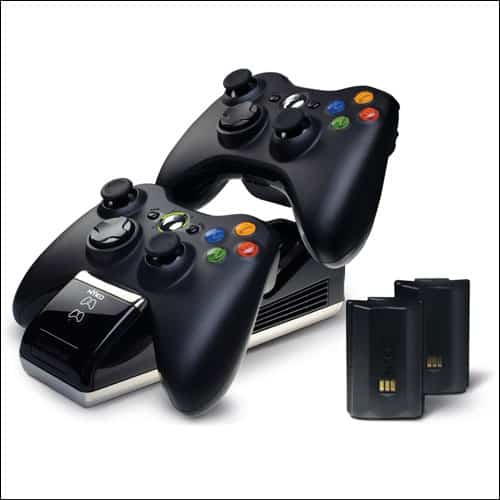 This is yet another controller that is considered as an Xbox 360 wireless controller for PC with which you get a drop and charge design. This design lets you to charge without having to remove the batteries. There are two custom NiMH rechargeable batteries that give you around 25 hours of gaming time. Both the controllers can be charged at the same time due to the presence of a dual port. The controllers are convenient to use and are quite handy without being huge. 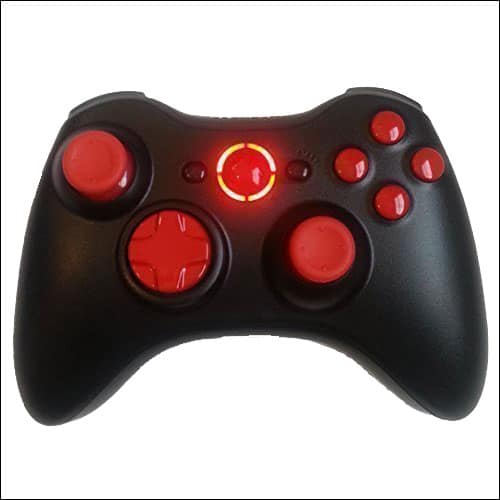 This is considered to be a great Xbox 360 controller from Premium Controllerz. With an updated 27 Mode Controller that includes incredible range of features such as Quickscope, Drop Shot, Burst, etc. your action gaming is elevated to a whole new level. The instructions are included with the controller to get used to the different controller actions. To add further sparkle, you have red LEDs & custom glossy red buttons that let you get drenched in your game atmosphere. There is also a special button for quick and easy mode change. 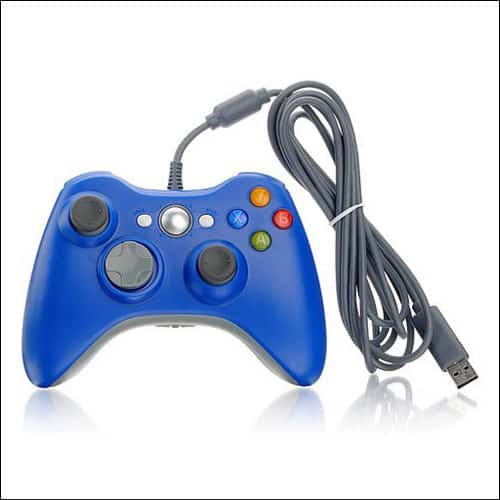 This is a brand new and premium best Xbox 360 wired controller from DuaFire. The size of this controller is almost similar to the original standard controller. It has a finely attentive ergonomic design for utmost comfort during long hours of gameplay. There are new left and right shoulder buttons along with two analog pressure-point triggers, vibration feedback motors and an eight-way directional pad. You also get three levels of rumble control from full to low so that you suit it to your liking. 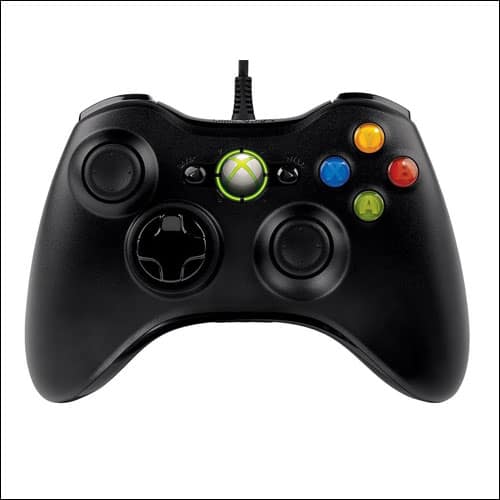 This is a wired Xbox 360 controller for Windows that provides a consistent and complete gaming experience. The streamlined, compact form factor allows you to indulge in no-holds barred gaming for long hours. There is vibration feedback along with pressure-points triggers and directional pad for precise, controlled gaming. You can connect using the USB port with a thin and flexible cord. 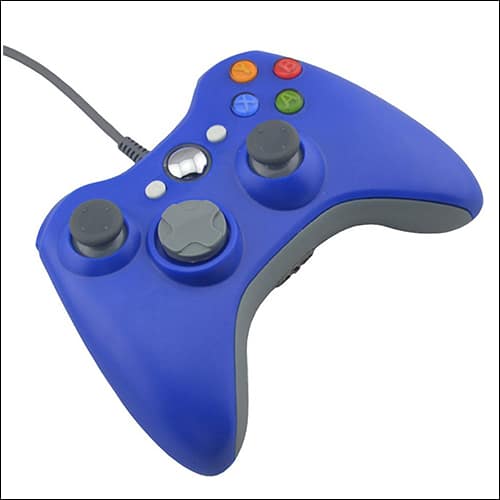 Meco provides a comprehensively featured Xbox controller with all the necessary aspects covered. With integrated headset port, newly designed left and right shoulder buttons, centralized glowing Xbox guide button, pressure-point triggers, vibration feedback motors and directional pad, you truly get a complete package for having total fun while gaming. You can also very easily switch over to the Xbox live marketplace just like you can access the gamer guide.

Sit back and enjoy the gaming marathon on your Xbox console with one of these unmatchable controllers. Go ahead and make your decision. Share your feedback with us on Facebook, Twitter and Google Plus.