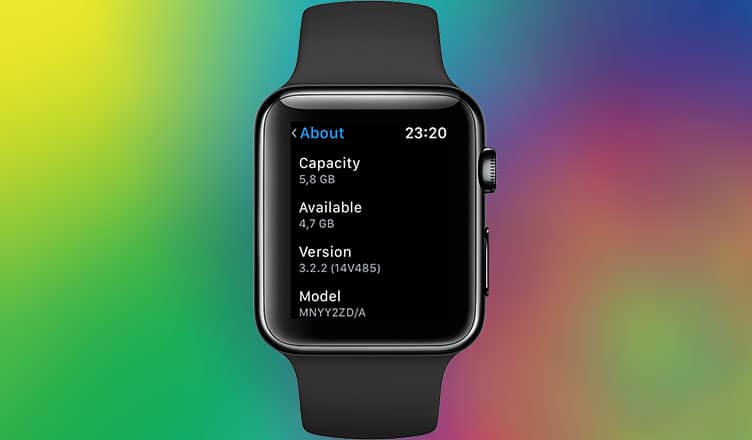 For any Apple Watch user, space matters the most. The tiny timepiece has 8GB default space, which is occupied by operating system, default + downloaded apps, cache, and other supporting files. This calls for a constant check on storage space left on your Apple Watch. Like other Apple devices (iPhone and iPad), users can check storage space on Apple Watch.

How to Check Storage Space on Your Apple Watch

How to Check Storage Available on Apple Watch from Paired iPhone

Step #1: Launch Watch app on the iPhone connected with your Apple Watch.

Step #2: Now tap on My Watch tab seen at the bottom.

Step #3: Next, tap on General and then About.

Since your Apple Watch needs a dedicated partition for operating system, the capacity displayed will be less than the total flash storage your watch has.

Step #1: First off, you need to get back to the Home screen on your Apple Watch by pressing the Digital Crown.

How to See Storage Used by Apps on Apple Watch

If you are a pro-user, you need to keep a watch on how much storage an app occupies on your smartwatch. Follow the steps and check the storage occupied by apps on Apple Watch.

Step #1: Launch Watch app on the iPhone connected with your watch.

Step #2: Tap on My Watch tab seen at the bottom.

Step #4: Now you need to tap on Usage from the bottom of the screen.

You can see the available space and used space shown at the top of the screen. Under the Storage section, you can see storage space occupied by each app you have installed on your watch.

If you think that some apps take more space than they should be, you can uninstall such apps. But you cannot uninstall apps from this section.

To uninstall any app, tap on My Watch; next, tap on the app shown in the list (you may need to swipe up or down to select the app). Now toggle off the button Show App on Apple Watch.

Also See: How to Remove Music from Apple Watch