Intelligence and imagination are two keys to the success of any technology device. Apple has always worked on the two phenomena, especially in Apple Watch, which is packed with a lot of innovative features. The case in point is ‘auto launch audio apps’ feature, which automatically launches music app or any other audio app you are playing on your smart watch or iPhone paired with your Apple Watch. Behind this feature, the logic is that you may want to control your music or audio app when you raise your Apple Watch. But some users may find this irritating to see music or audio app while they intend to check something else on their Apple Watch. Here, you need to disable auto-playing audio apps in watchOS 4 on Apple Watch 1, Series 2 and Series 3.

One workaround is that you can remove now playing screen from the watch face by gently hitting the Digital Crown; but this is not a permanent solution as it will happen again when you start the playback. What you need to do is to stop music app from auto-launching on your Apple Watch from your watch itself and the Watch app on the paired iPhone.

Let’s quickly go through the steps to stop Now Playing and Audio Apps from Auto Launching on your Apple Watch. 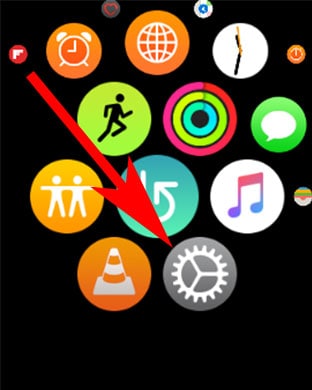 Step #3: Now you are required to tap on Wake Screen.

Step #1: Go to Watch app on the paired iPhone.

Step #2: Next, tap on My Watch tab from the bottom of phone screen, and then open General.

It is done! This will not allow music app to auto launch on your Apple Watch. In case you want to bring back the auto launch audio apps feature on your watch, simply follow the steps mentioned above and turn on ‘Auto-Launch Audio Apps’ option either on your smart watch or on the connected iPhone.