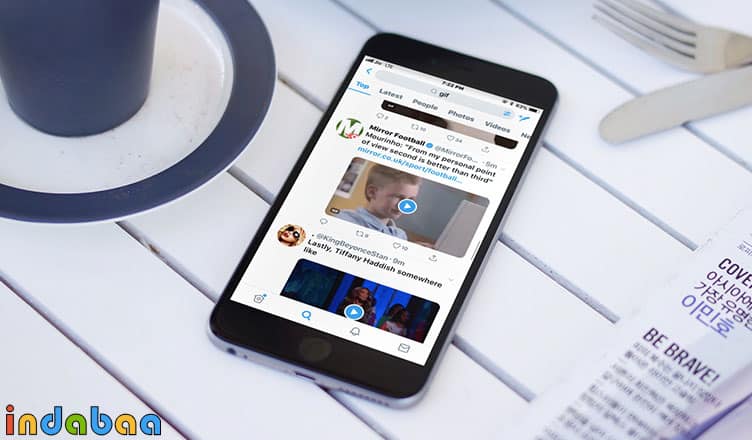 Twitter is indisputably a popular social networking site to share GIF; there are countless people who love to upload and Re-tweet GIFs. But then there are those who want to download some funny GIFs on their mobile phones and computers. Saving GIFs from Twitter is a good practice as you can always upload them on different media like Facebook, Instagram or Google Plus or maybe you can send to your WhatsApp contacts. In this tutorial, we have explained two methods to download GIFs from Twitter on iPhone and Android.

Why are Animated GIFs popular on Twitter? Earlier, Twitter allowed only 140 characters to express yourself; this character limit was increased to 280 characters in November 2017. However, users find this less; a GIF is always a better option to communicate. In fact, you can create a small story to articulate your emotions. Hence, GIFs on Twitter have gained momentum in recent years. Saving GIFs on smartphones, tablets, and computers is just a logical extension.

Twitter converts your GIFs into an MP4 because it loads faster than GIF, which cannot be compressed as much as MP4 files. Moreover, you can stop the MP4 files in the middle of its playback; this you cannot do while playing a GIF file. MP4 files can be compressed and controlled better, and therefore, Twitter converts your GIFs into MP4 files. This is why you are not able to download a GIF from Twitter.

Step #1: As mentioned above, you need to use GIFwrapped on your iOS device to download GIFs.

Step #3: Next, explore GIFs on Twitter; press and hold on a GIF you want to download on your iOS device. 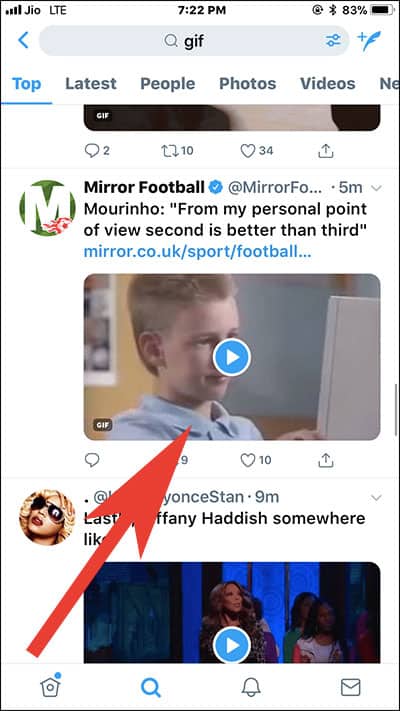 Step #4: Two rows of options will swipe up from the bottom of your device. 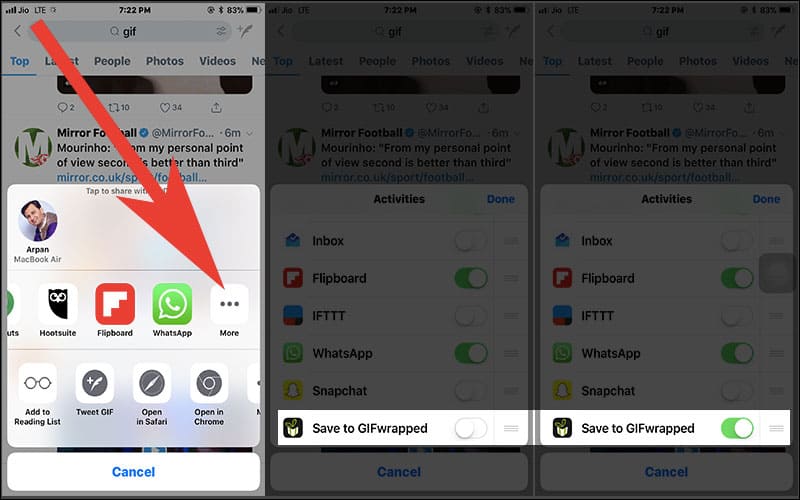 Step #6: Now tap on Save to GIFwrapped (which is now seen in the first row). 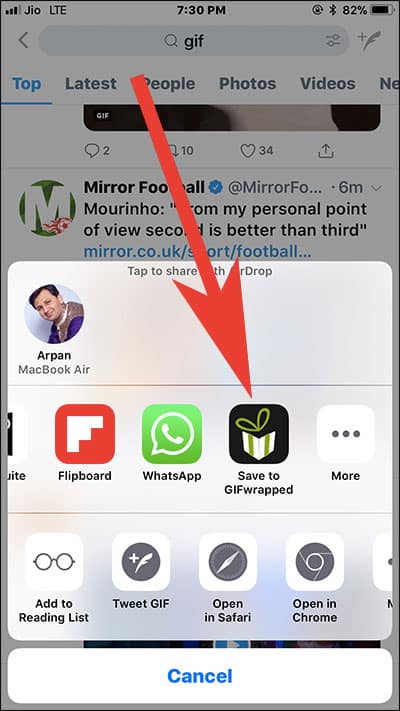 Step #9: Tap on Share button from the upper right corner. 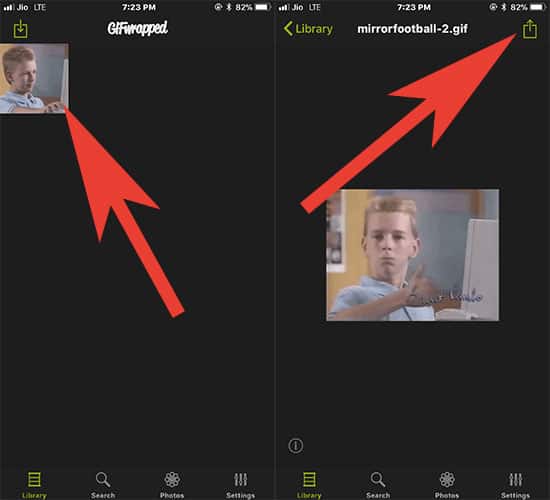 Step #10: This will open two rows again; this time, you need to tap on Save Image from the bottom row. 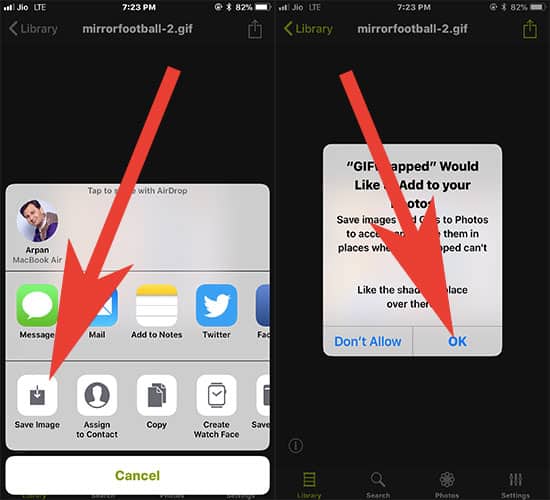 Your GIF will be saved in Photos app on your iOS device.

Step #1: Download and Install Tweet2Gif from Google Play store on your Android Phone.

Step #2: Launch Twitter App and navigate to GiF you wish to save in your Android tablet or Phone. 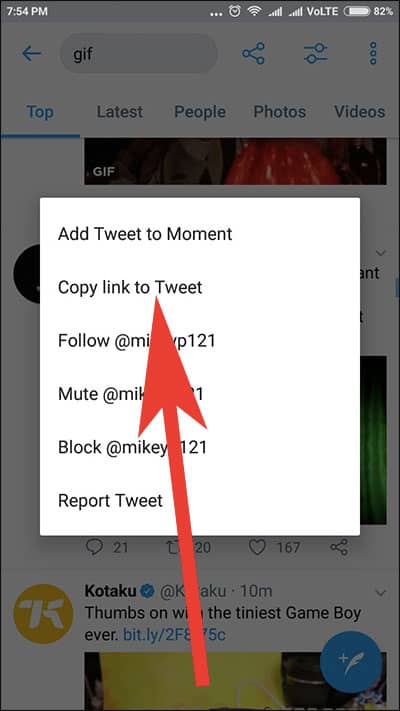 Step #5: Up Next, Open twitter2Gif app on your device.

Step #6: Tap on Paste button to paste url in the field. 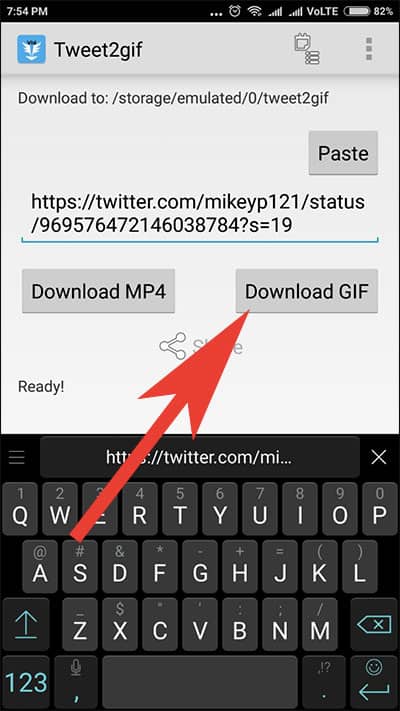 Tha’ts it! Now open your Photo gallery to view saved animated GiF on your Android Phone.

Since GIFs are converted MP4 on Twitter, you cannot actually use right-click to download as you normally do to save any image. Thankfully, there is one work around through which can save animated GIFs on your computer.

Step #1: Open Twitter in your Mac or Windows PC.

Step #2: Head over to the GIF you want to download. 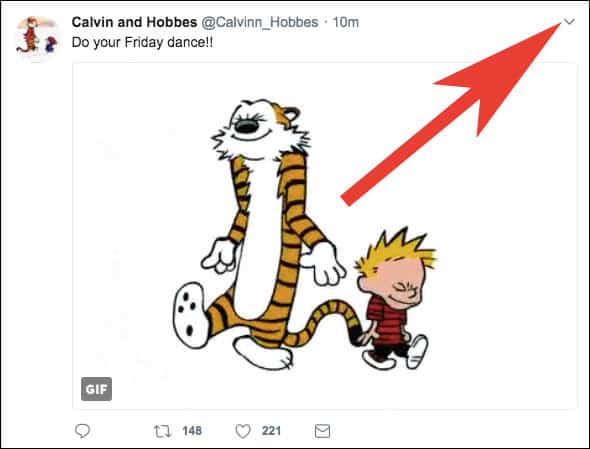 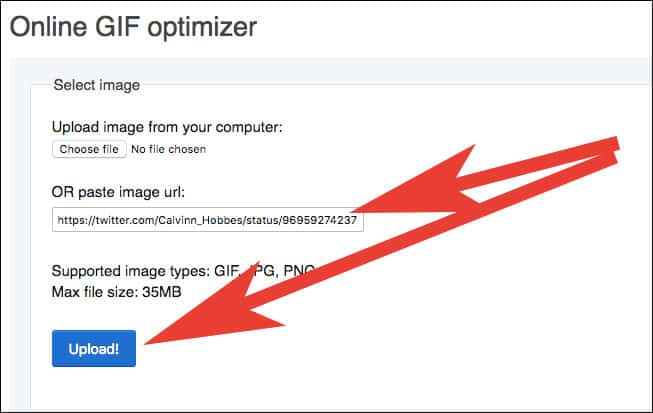 Step #7: Next, you will be landed to Video to GIF, Scroll down and click on Convert to GIF!. 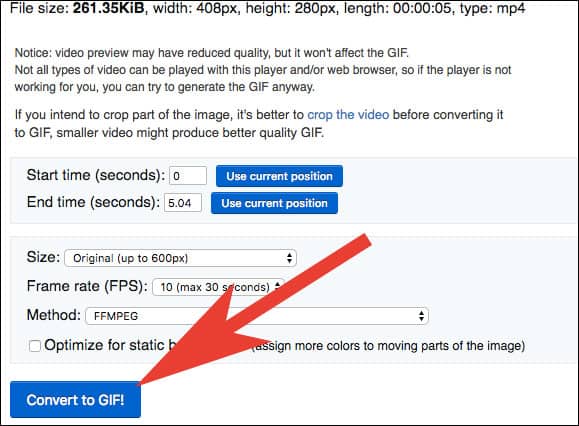 Step #8: Next Up, the MP4 video will be automatically converted in GIF under Output GIF section. 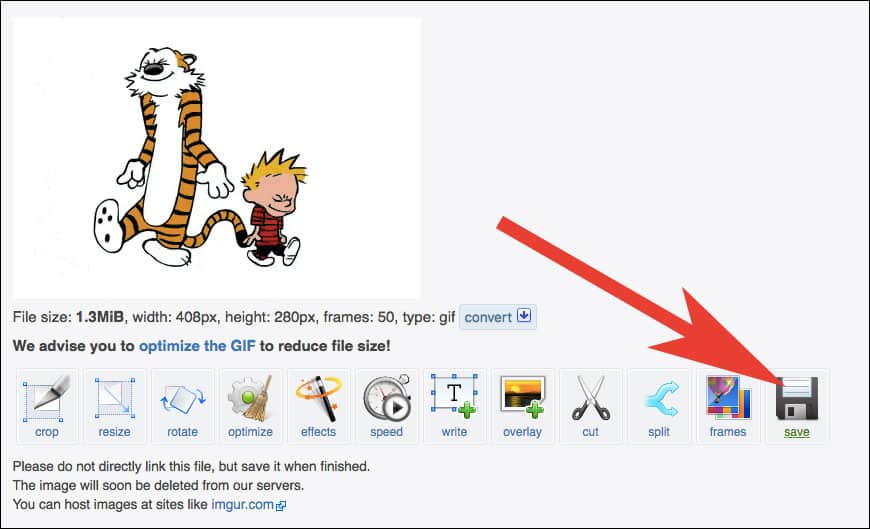 To view Saved Gif from twitter, Navigate to the downloaded GIFs and open in any browser.

Now go ahead, and download your favourite GIFs on your smartphone or PC. Did you try any other app or extension to save GIFs on your Android or iPhone? Share your feedback with us on Facebook, Twitter and Google Plus