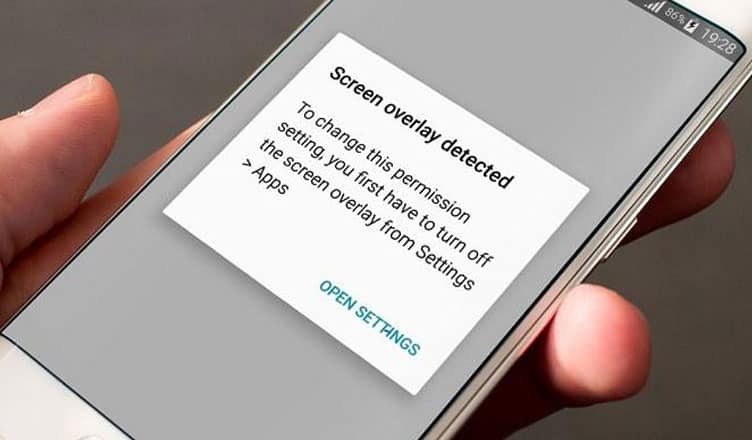 The ‘Screen overlay detected Android’ message seen when a user is running a floating app and opens a recently installed one, which asks for different access rights. Normally, such floating apps include Facebook Messenger chat heads that float above other apps.

Screen overlay is normally found when users are running Drupe dialer app; however, CleanMaster, Lux, and Twilight are also responsible in equal measure.

How do I turn off Screen Overlay on Android Phone?

If you are using a non-Samsung smartphone, follow the steps given below.

Step #2: Next, tap on magnifying glass at the top right corner.

Step #4: Now tap on Draw over other apps.

How to Turn off Screen Overlay on Samsung Device?

Step #3: Now tap on More and next, Apps that can appear on top.

You can now try opening the app again and it should ask permissions without ‘Display overlay detected’ error.

In Samsung phones, it is found that one-handed keyboard operation can be the major cause of screen overlay error. Deactivate this feature: Settings → Advanced features → One-handed operation.

In step two above, you have disabled some apps so that they can work again; now you should re-enable its overlay permissions. If you have turned off all app, it is a good decision to reactivate such apps that you use.

This is a bit clumsy solution but until Google introduces some changes to stop app overlays from interrupting with permission dialogues, we have to keep this going.

Above solutions should fix the issue of Android screen overlay detected. If they fail to bring any result, share your feedback with us on Facebook, Twitter and Google Plus.