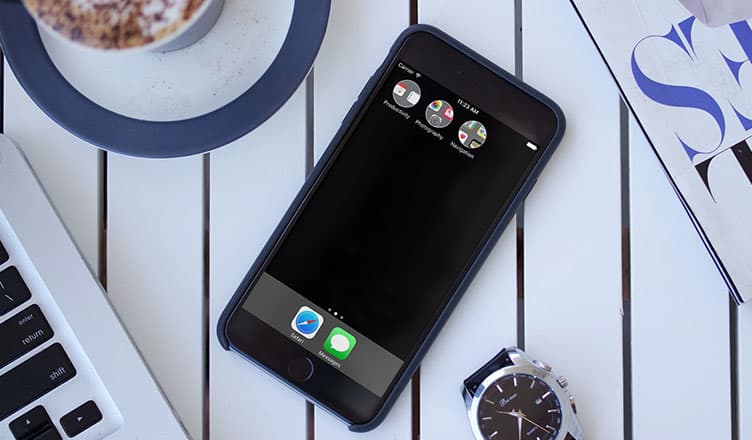 There is always a sweet tussle between iOS and Android operating system. Both want to hog the attention of users by introducing user-friendly features. It has been noticed that the cards are stacked in Apple’s favour as it delivers better features than Android. But this time Android has turned the tables as iPhone users are learning something from Android OS.

Android Nougat offers an awesome feature, which helps you organize your folders on Android phone. Now you can do the same magic on your iPhone, but not without Jailbreaking your device. Apple never allows users to tamper with the default features, and therefore, users have to Jailbreak iOS 10.2 on iPhone or iPad by using Yalu and Cydia Impactor.

Here, to get Android Nougat folders in iOS 10, users have to Jailbreak their devices and then they will be able to use the feature. Thankfully, Jailbreak community keeps introducing new tweaks to customize the default interface on iPhone and iPad.

One such tweak is available BigBoss repository on Cydia is NougatFolder, which allows users to get Android Nougat folders in iOS 10. It is a free Jailbreak tweak compatible with devices running iOS 10.0.x – 10.2.

Once you download this tweak on your Jailbroken iOS device, you can directly use the tweak as it doesn’t have any option to configure. NougatFolder iOS folders and gives them a look of Android Nougat.

Remember that NougatFolder will not influence the functionality of those apps; rather it is just a way to modify the stereotypical interface of iOS folders, which have been same since iOS 7.

You must have noticed that when you open the folders from Home screen of your iOS device, each folder still looks like default folders; what changes is the icon of folders and that is the charm of this tweak NougatFolder.

It is said that this tweak was developed when the developers read a request on Reddit as somebody wanted to use this folder style on iOS devices. You can also get NougatFolder from Cydia’s BigBoss repository.

This cross-platform use of apps and software is more like cultural exchange between two countries situated on completely different geographies. If you are interesting in exploring such exchange, you can read how to get iPhone Assistive Touch button on Android, how to get iOS-like Control Center on Android phone, and Get iPhone’s ‘Guided Access’ Feature on Android.

Now use NougatFolder and get Android Nougat-like folders on iOS 10. Hope you liked this information; do share your feedback with us on Facebook, Twitter and Google Plus.