Samsung’s latest flagship killer Galaxy Note 8 is on its way and expected to hit the market by the third week of September 2017. It is packed with beastly hardware to handle multitasking smoothly and features the legendary S pen, which lets you be creative on the go. Talking about multitasking, Note 8 has this built-in app called “App Pair”, which allows a user to run two individual apps simultaneously in split screen. It takes multitasking to a whole new level. Many of us want this feature on our phone and now the methodology is out too. The only barrier which stands between your phone and this application is the Android Version. To use this multi-window feature, your phone must be running on Android Nougat (Version 7.0). So check this method to get the App Pair feature of Samsung Galaxy Note 8 on any Android phone.

Step #1. Open the Play Store and search for “Screens – Multi Window Manager”. The size is in KB, hence quite negligible.

Step #2. Before opening the app, go to Settings → Accessibility → Screens. 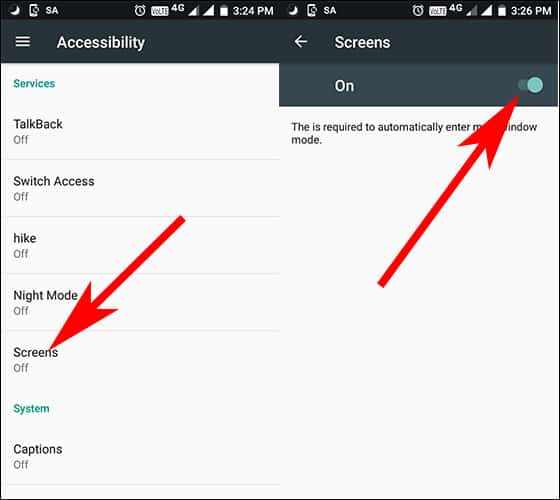 Select “Screens” and toggle the switch at the top right corner of the screen to enable it. Hit “OK” when it asks for permission.

Step #4. There will be two boxes on the right hand side for adding apps, which you want to use in split screen mode. Tap the “+” symbol and you will see a list of all installed apps in your phone.

Step #5. Select the apps you want to be displayed in split mode. 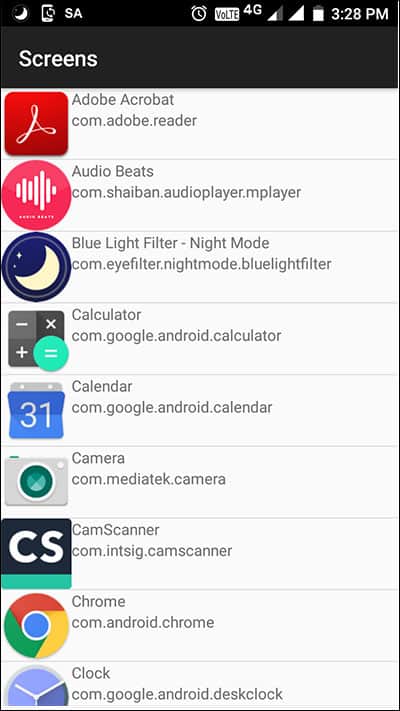 Step #6. Give a name to your shortcut and press “CREATE SHORTCUT”. 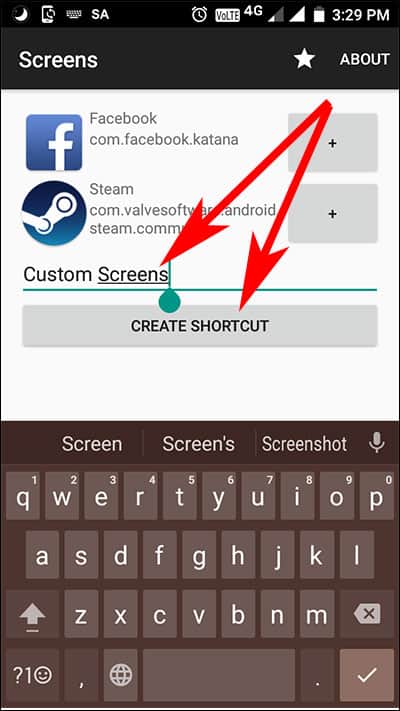 Step #7. A similar icon of the app will appear on the home screen with your created name.

Now the app is running as it runs on Galaxy Note 8. 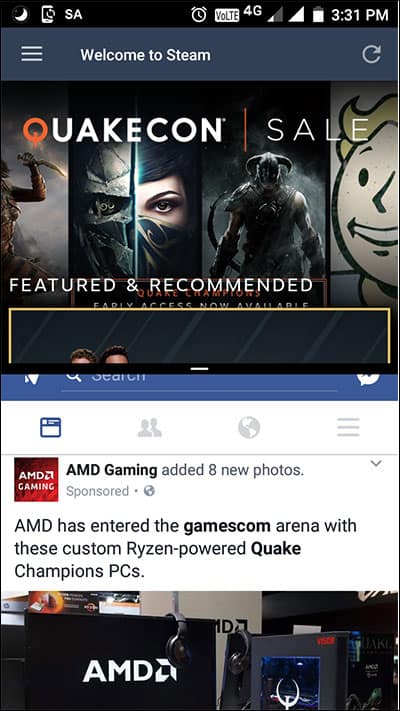 If you want to stop using the feature, open task manager and swipe the process out. The upper part of the app will still remain running. Pull the slider or partition all the way up and the whole process will stop completely.

You can create many shortcuts as per your choice. Customize each of them according to your own choice of apps. The number of icon increases as you make more shortcuts and populate the home screen. Some applications like Uber doesn’t support split-screen mode. When you want to use such apps, a message will be shown saying that these apps do not support this mode. If you want to enjoy a more sophisticated experience, use this app in a phone with much heavier specifications like 3GB of RAM and Snapdragon 600 series processor. Have a great time using this new multitasking feature. And don’t forget to share your feedback with us on Facebook, Twitter and Google Plus.