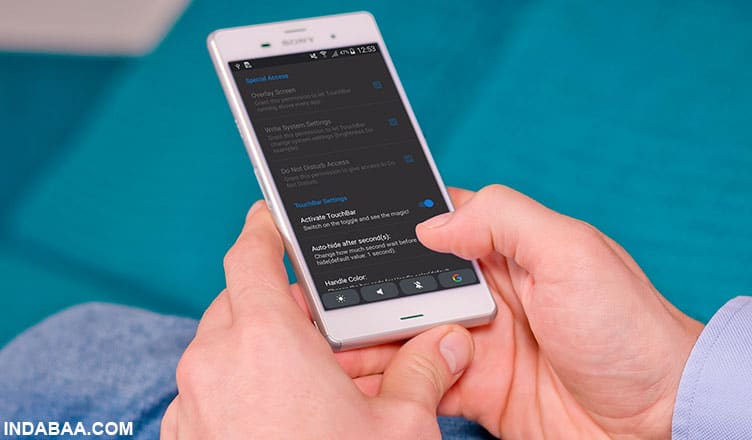 Step #1: Since this process requires a third-party APK, you need to enable installation of third-party APK files. For this, go to Settings → Security → toggle Unknown Sources ON.

Step #2: Next step is to download Touch Bar for Android APK and install it on your device.

Note that this APK can be downloaded on Android Lollipop 5.0 and later.

Step #3: This APK needs some permission granted from you. For example, you need to grant permissions like Screen Overlay, Write System Settings, and Do Not Disturb Access.

Step #4: Now you need to scroll down and tap on Active TouchBar to activate Touch Bar.

Step #5: Finally, you can simply tap on the bottom portion of your device screen (right above the navigation bar) to invoke Touch Bar and play with it.

What Touch Bar on Android can do for you?

Well, there are multiple benefits of getting Touch Bar on Android device. Users can manage or change Wi-Fi, Bluetooth, Screen Rotation, Brightness and Sound settings. You can also control music with on-screen buttons with the help of Touch Bar for Android APK. Not to forget, you can always use integrated Google Search option to quickly search things on Google. Moreover, you can customize Touch Bar as per your need.