Every year Google I/O holds its developer conference, but this time it was a different story altogether, apart from what this tech giant announced. And that is the venue of the conference, which had been held at Moscone Center in San Francisco. This time, the venue is changed to Shoreline Amphitheatre in Mountain View, California.

We have presented a snapshot of the event, which include some major announcements for common users as well as for Google developers. Check some basic information about each announcement and expect some technological marvels from Google in the coming years. 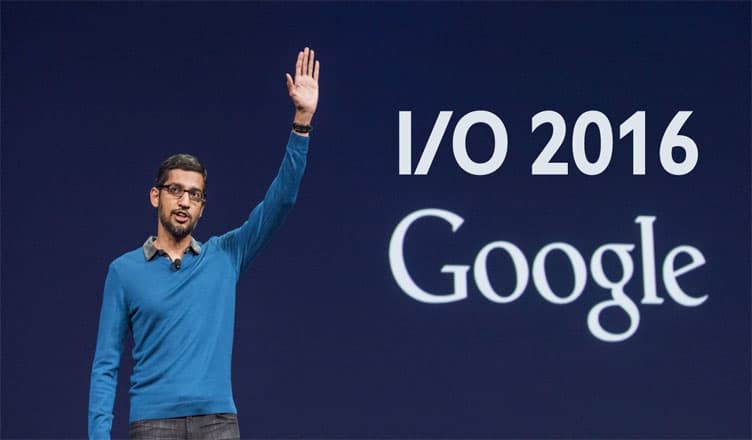 Earlier Google has released developer’s version of Android N, which boasts amazing features to impress one and all. Now in the latest conference, Google launched Android N developer preview. And it is the first one to get “beta-quality” status. If you are a developer, you can download the preview version to check the performance of newly created apps. The preview version supports devices like Nexus 5X, Nexus 6, Nexus 6P, Nexus 9, Nexus 9 LTE, Nexus Player, General Mobile 4G, and Pixel C.

Digital Assistant is your ticket to engage users with Google devices. In this conference, Google has introduced Google Assistant, which works as your digital personal assistant. This revamped assistant is based on current technology, including Google Now. It is said that Google Assistant is empowered to strengthen Google Home, which is touted as Amazon Echo competitor. Moreover, this new digital assistant will also work well with Allo, which is a new mobile messaging app from Google.

Google, by introducing Home, has launched direct competition against Amazon Echo. Google Home is, surprisingly, without any button; thankfully, this Home is compatible with several mobile devices and other kinds of speakers and television screens. Google Home also works with its own Nest devices; interestingly, this device answers any questions with its powerful Assistant technology.

Though Google is left behind in the competition of messenger app, it has come up with some fanfare. According to the announcement made during the conference, this messenger app Allo “brings the richness of Google right in the chat”. Google’s wants to make users’ communications more expressive on the basis of personality. Users have to wait till summer this year to lay their hands on Allo.

Duo: A mirror image of FaceTime?

I am not sure whether FaceTime on any iOS device has gathered any momentum since its launch in 2010; but Duo might enjoy some popularity as there are more Android users in the world than iOS users. Speaking about the functionality of this latest entrant, experts opine that Duo is a new challenger to FaceTime. This sums up everything; Duo calls are end-to-end encrypted, said Erik Kay, Engineering Manager at Google. Knock Knock is the feature to explore as this one separates Duo from its cousins like Skype, Facebook Messenger, WhatsApp and Google’s Hangouts.

Forget the Cardboard headset Google launched a couple of years ago; this Daydream will anyhow scrap that technology and you will have more fun; experience virtual reality in a better way on your mobile devices with Daydream. Before you experience Daydream, scout a headset, a controller, and a collection of smartphones compatible with Daydream.
Android Wear

A long-standing project of wearable devices is now materializing. Google once announced that “fashion brands like Fossil Group” will release “watches powered by Android Wear”; this was in 2014. This means, Android wear is quite a mature project; now Google is closely working with brands like Asus, HTC, LG, Motorola, and Samsung. If this project gets success, this will be a great initiative of Google to extend Android OS to wearable tech. Google wants to give a user experience especially designed for wearables. This would be the reason why Google is gearing up for a countless watch faces from round to square.

This is really interesting. Android Instant Apps, as it is called, will certainly give tough competition to iOS apps, though both platforms are poles apart. Apple has to think afresh about this. Simply put, users don’t need to download apps on their Android devices; just tap on the link and use the app as you explore a website on browser. Users can use that app even if they haven’t installed the app. Reason behind this Instant Apps is that users don’t want to download apps, which are required once in a month; instances like visiting amusement park, paying parking fee or visiting a museum require app installation. But users don’t like to download app for once-in-a-month use. In this case, Android Instant Apps is a useful feature.

Android Pay is jovially welcome by developer community as now it is quite easy for developers to integrate payment processing into their apps. Apart from extending its APIs, Google also created new data feeds that make the entire process hassle-free.

To sum up, Google I/O 2016 was full of events and actions. Developers can expect more from the features listed here. Stay tuned to get more updates and information. Share your feedback with us on Facebook, Twitter, and Google Plus.