Clips is the new video app from Apple and it is set to impress all iPhone and iPad users. People love to use its Live Titles, but there is more to this amazing app. To make your videos livelier, you can add soundtracks and music to Clips.

There are a number of soundtracks Apple has included in Clips, and you can use your choice of soundtrack from the list of Pop, Playful, Chill, Sentimental, Action, and Holidays & Events. Go ahead, select your favourite one and add soundtracks an music to Clips.

How to Add Soundtrack to Clips

It is super easy to add soundtrack to your video. Make sure that you are on the main screen, where you can add a new clip. Or you can tap on existing clip and try to add a soundtrack.

Step #1: Tap on Music button from the upper right corner.

Step #2: Now tap on Soundtracks; if it is a new video, a new screen will appear from where you can choose Soundtracks. And if you want to add Soundtrack to the existing video, the option will swipe up from the bottom of your device’s screen. 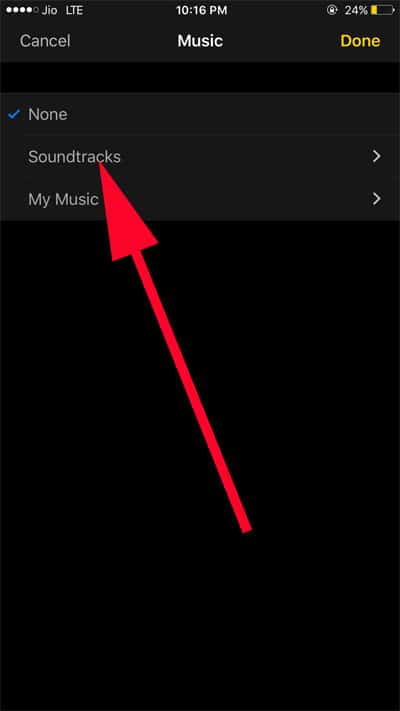 Step #3: Next, tap on a soundtrack to preview it. If you are using a soundtrack for the first time, it will take a few seconds to download the soundtrack. 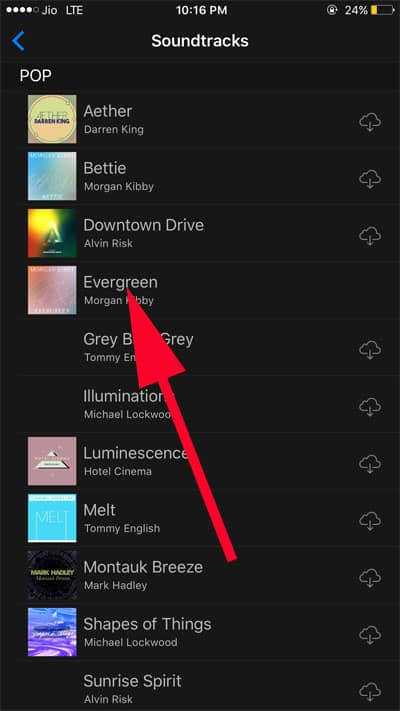 Step #4: Tap on the soundtrack again to select it; once the track is downloaded, you can see a tick mark there. 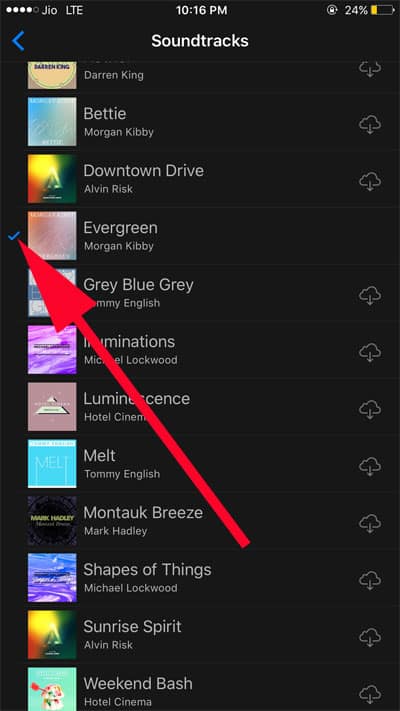 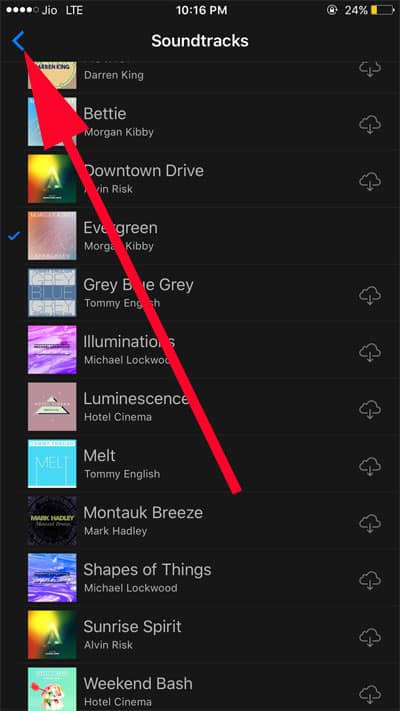 Step #6: Tap on Play button to preview the soundtrack you have recently added to your video. 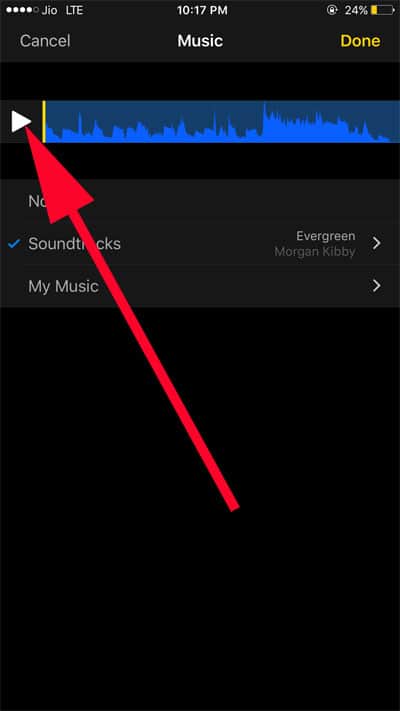 Step #7: Tap on Done from the upper right corner. 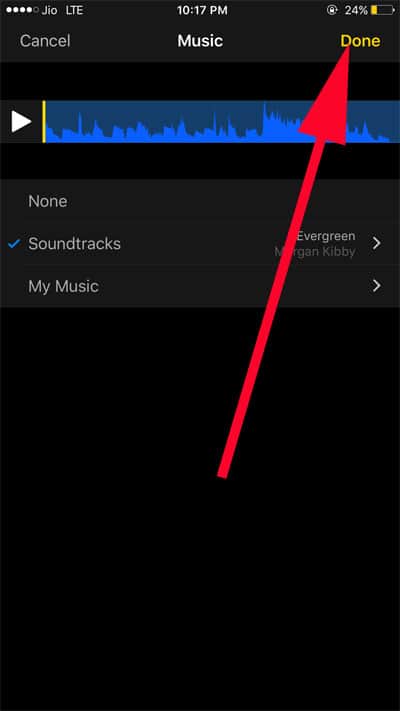 Finally, you can share the video with your friends and family by pressing the Share button on bottom right corner.

How to Add Your Own Music to Clips

All these years, you have been spoilt for choice, and therefore, the list of default soundtracks is small for you. But you can always add your own music to your Clips.

If you have subscribed for Apple Music and want to add a track from your subscription, you need to ensure that the track has been downloaded before you add to the Clips.

Step #1: Tap on the Music button from the top right corner.

Step #2: Next, tap on My Music; again, note that if it is a new video, you will be landed on a new screen to select Soundtracks from. And if you want to add Soundtrack to the existing video, the option will swipe up from the bottom of your phone. 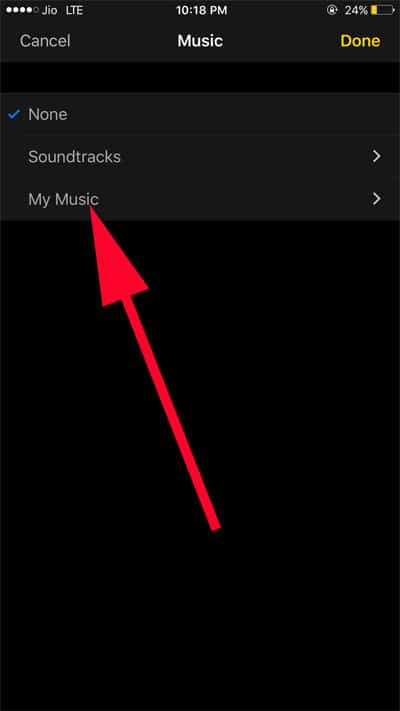 Step #3: Tap on Artists, Albums, Songs or whichever kind you choose to explore by. 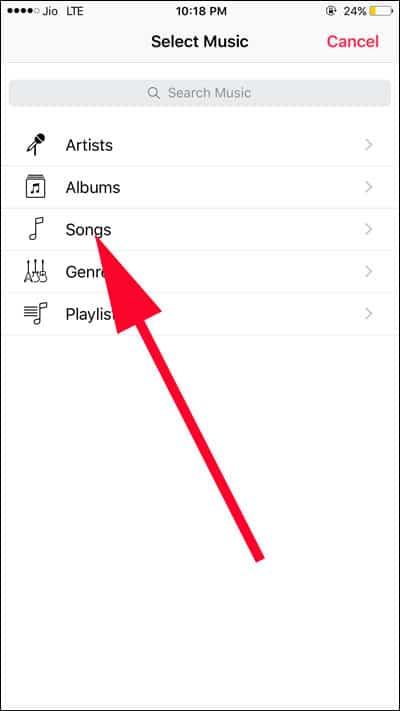 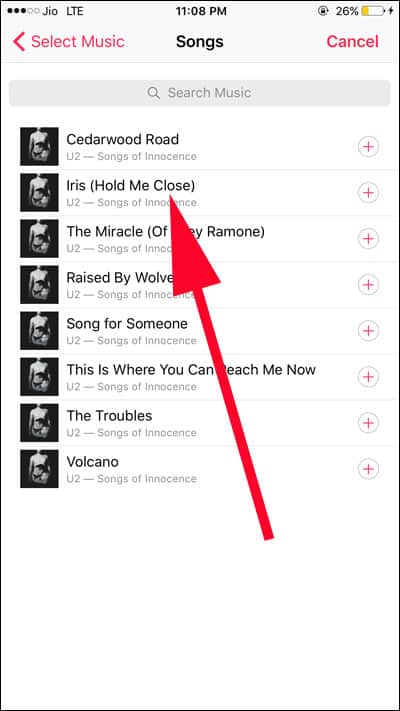 Step #5: Tap on Play to preview the music.

Step #6: Finally, tap on Done from the top right corner.

Can you Adjust Soundtrack or Music on Clips

No, Clips doesn’t allow you to adjust soundtrack or music. The default soundtracks from Apple automatically adjust to match your video as closely as possible.

If you want to make any change in the starting point, you should use any third-party editor and then add the edited version to your iTunes or Apple Music library.

How to Change Soundtrack or Music on Clips

You can always change soundtrack later if you change your mind.

Step #2: Now tap Soundtrack or Music to switch between the two. 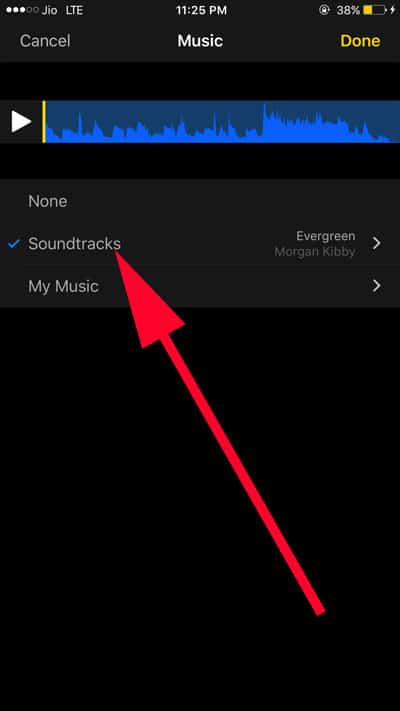 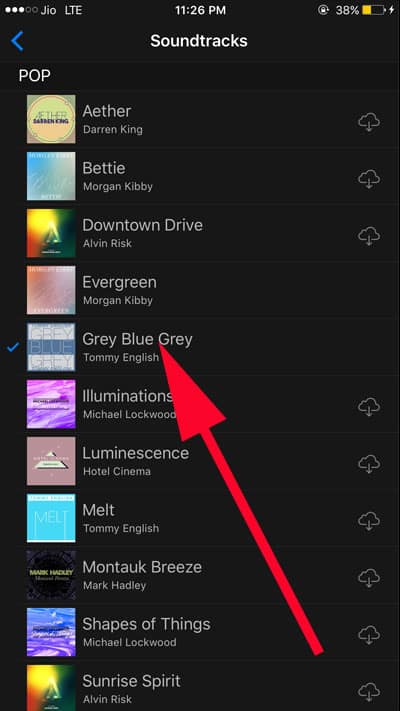 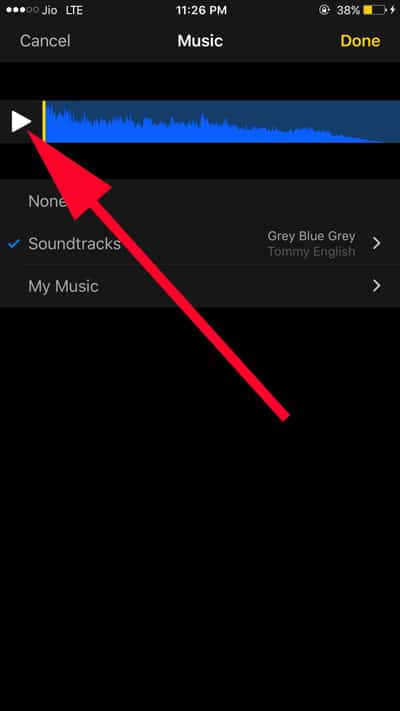 How to Remove/Delete Soundtrack or Music from Clips 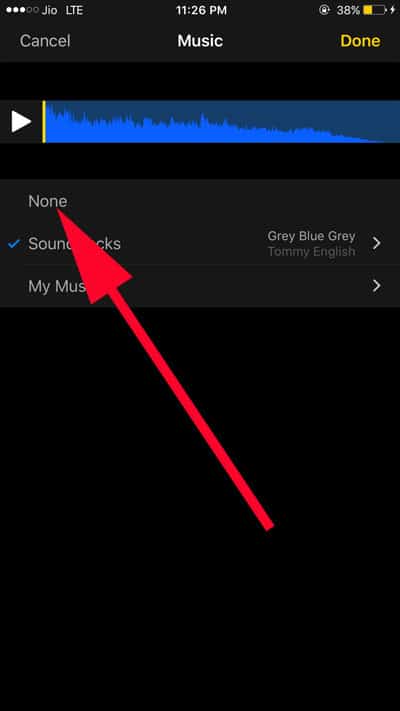 Clips is a completely new take from Apple to spice up your social media interaction. Do more with this new app and keep adding soundtracks and music to your Clips.