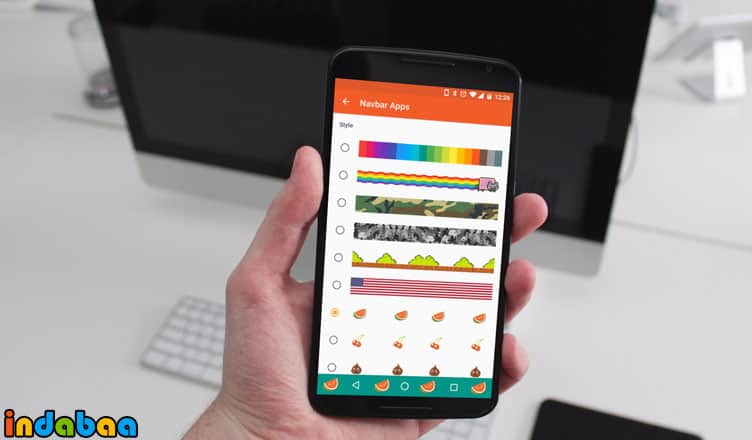 Unlike iOS and Windows phones, Android smartphones can be modified or adjusted according to the wish of users. With plethora of options and apps, customization of Android devices is a breeze. And surprisingly, users are not supposed to root their Android phones.

Navigation bar allows users to control their Android devices without hardware buttons for Home, Back, and Menu.

Navbar Apps is one of the most interesting Android apps developed by Damian Piwowarski. Last it was updated on October 9, 2016. This means, it is a recently updated and can be considered a popular app on Google Play Store.

This app performs excellently on Android 5.0 and later versions. Good news for common Android users is that they don’t need to root their Android phones to use this Navbar Apps.

Navbar Apps turns navigation bar on Android phone into vivid colors to make your interaction exciting and interesting. This app also offers beautiful images to use as background; moreover, Navbar Apps gels well with the running app and matches its colour automatically. You can also add a feature to check battery level of your Android phone.

All the basic features of the app are free, but there are some in-app purchases. For a user, who goes to any extent to spice up his Android experience, he is fine with some charges. However, the basic features are enough to please your eyes.

There are lot of cool features Navbar Apps gives you. Explore this app to the full and share your experience with us on Facebook, Twitter and Google Plus.

What are you waiting for? Open the Google Play Store and download Navbar Apps to jazz up your Android phone. The best thing about Android system is that users can customize their devices with the help of apps without rooting the phone. However, pro-users would like to root latest Android phones to explore this operating system.