During the set-up process of HomePod with iPhone or iPad, you have to grant your smart speaker some access to contacts, messages, reminders, and notes. This will help you use Siri commands given in this tutorial. Now make some important reminders with Siri on your HomePod. 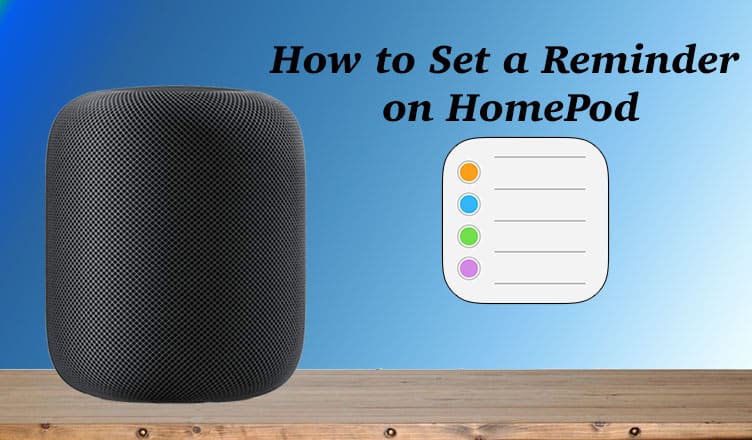 How to Set a Reminders on HomePod Using Siri

You have to initiate the process by using a basic command: “Hey Siri, remind me to…”

Next, you can ask Siri about your everyday task you want Siri to remind you about.

You can create more specific reminders on HomePod by adding locations, time, day etc. This will show you a reminder as a push notification on your iPhone or iPad.

You can add items to the pre-set lists in your reminders app by using Siri commands. People normally like to make a list of shopping items; if you have placed your HomePod in kitchen, you can easily add items to your shopping list. However, you can also create a new list using Siri.

While you are managing Reminders with Siri on HomePod, you should disable Personal Requests on the Siri-enabled speaker so that other users, who have Wi-Fi access in your household cannot use your HomePod.