Fitness is one of the areas, where Apple Watch has performed exceptionally well. Beating all other fitness gadgets and fitness trackers on the market, Apple Watch has established itself as an indisputable leader. And so, users now want to customize workouts on Apple watch running watchOS 4.

You can now easily change what is being shown on your Apple Watch during a Workout. The workout app now lets you reorder, hide and even you can remove metrics which you don’t want.

You can do multiple things in Workout app on your iWatch. We will deal with each one at a time. 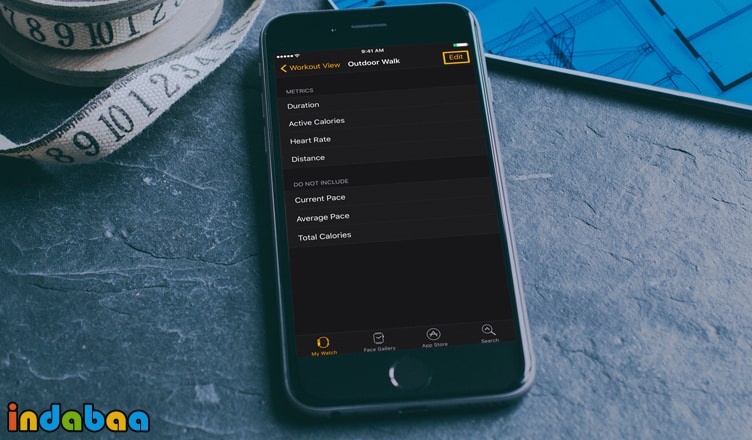 How to Customize Workouts on Apple Watch in watchOS 4

How to Show Metrics in Workout for Apple Watch

You can add at least five metrics shown on your watch during your workout.

Step #2: Tap My Watch tab and then Workout → Workout View.

Step #3: Next, select a workout you want to customize on your watch.

Step #4: Tap Edit button in the upper right corner of the screen.

Step #5: Now tap on Add button before the metric you wish to add and then tap on Done button.

Henceforth, whenever you select the recently added workout, you can see the metrics of the workout.

How to View a Single Metric on Your Apple Watch

If multiple metrics baffle you, keep a single one on your Apple Watch.

How to Remove Metrics in Workouts for Apple Watch

Not happy with the metrics appeared on the screen during your workout sessions? Make them disappear.

Step #2: Select or tap on the workout you need to hide.

Step #3: Press the Edit button from the upper right corner.

Step #4: Tap the red button before the metric you want to hide or remove.

When Remove button appears on the right side of the screen, simply tap on that and the metric will be removed.

Step #5: Finally, tap on Done from the upper right corner.

How to Include and Exclude Metrics in Workout on Apple Watch

Step #3: Next, tap on any workout you want to include or exclude. And then tap on Edit button from the upper right corner.

How to Reorder Metrics in Workout app for Apple Watch

Step #1: Fire up Apple Watch app on your phone → tap My Watch tab → Workout and then → Workout View.

Step #2: Tap on a particular workout and then tap Edit button.

Step #3: You should now press and hold Reorder button seen next to the metric you want to rearrange.

Step #4: Now drag that metric to your choice of location and then hit the Done button.

Almost all the workout customizations are included here in this information. Explore your Apple Watch running on watchOS 4. During your exploration, you will find interesting information about unlocking Mac using Apple Watch, setting up and managing alarms on Apple Watch and enabling Do Not Disturb on Apple Watch.