Siri is Apple’s smart and intelligent voice assistant that not only gives answers of your questions but proactively gives you app suggestions based on your behaviour, time of the day and location you are in.

Many people use this feature to make the most of their iOS devices; however, there are many who find this as unwanted invasion of Siri in their digital life.

And therefore, they want to turn off Siri app suggestions or stop individual apps from showing up in Search and Siri Suggestions in iOS 11 on iPhone and iPad.

Once you disable Siri app suggestions on your iPhone or iPad, Siri will stop sending you apps that you may have opened a little while ago.

If you find this feature irritating, you can deactivate Siri app suggestions from the Settings of your iOS device. Check this method and turn off suggestions from Siri on your iPhone and iPad.

Instead of turning off Siri App Suggestions altogether, you can stop individual apps from showing in the search results and suggestions.

When you turn off any app, Siri won’t show its information in Search, Loop Up, and Keyboard. 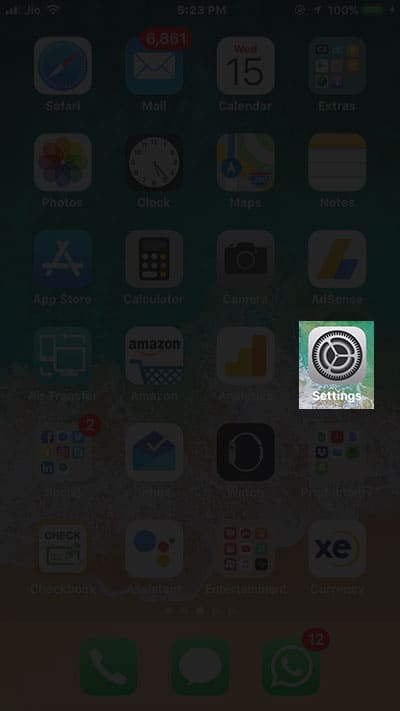 Step #3: Now, find the app, which you don’t wish to show in search and Siri suggestions. (For example here we tap on battery watcher, the App used to check iPhone battery from apple watch) 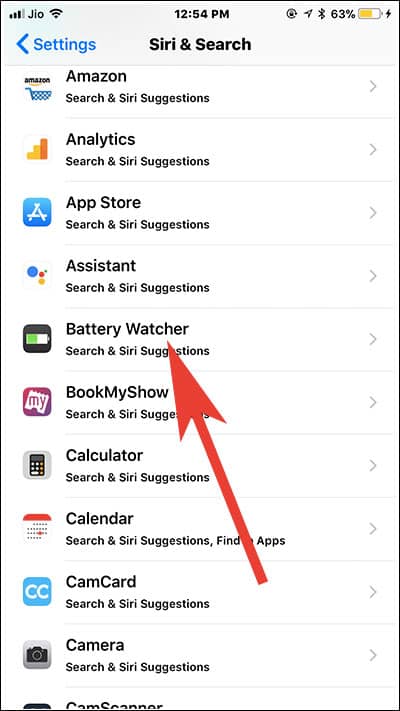 Step #1: Open Settings app on your iPhone or iPad.

Step #2: Scroll a little down and tap on Siri & Search option.

How to Stop Siri Suggestions From Sending Your Location to Apple

If you don’t want Siri Suggestions to send the location of your iPhone and iPad device to Apple in order to provide you more relevant search results, then you can turn it off.

Step #3: Next, tap on Location Services.

How to Clear Siri Search Suggestions in iOS 11

Now you can easily clear Siri search suggestion history on your iPhone and iPad. Jump to this quick guide to get it done.

Now, Siri will stop sending you suggestions based on your browsing habit, app usage, or locations. As a pro user, you should keep this feature ON as Siri suggestions allow you to quickly go back to the apps you have used recently. Siri will remember your habit and present you app suggestions next day also.

If you use apps like WhatsApp, Facebook, Twitter, or News in the morning (after you get up), Siri will give these app suggestions every day in the morning. Thus, your iPhone life becomes much easier!

Isn’t it great to use Siri app suggestions on your iPhone or iPad? Still it is your choice to turn off the proactive suggestions from Siri. Share your feedback with us on Facebook, Twitter and Google Plus.