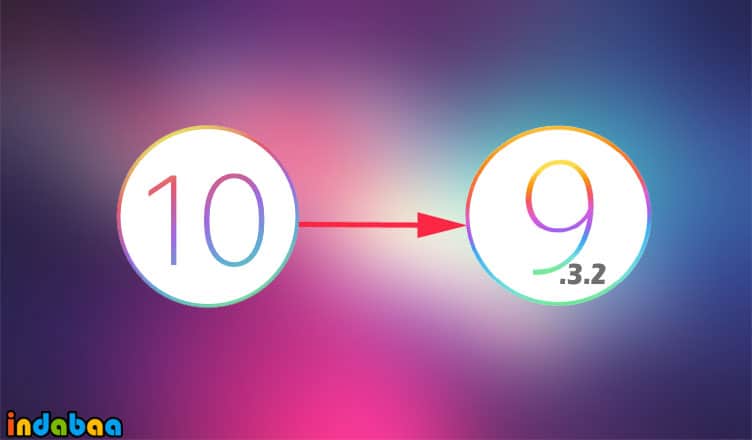 Apple rolled out its latest iOS 10 with much fanfare in WWDC 2016 held at Bill Graham Civic Auditorium, San Francisco. People were dying to download and install this iOS 10; among the users there are some loyal Apple fans and many are new entrants in the Apple ecosystem. But both users have to face some issues as Apple, sticking loyal to its tradition, has released this version of iOS with some issues.

After installation, many users have reported iTunes Error 14. There are many other minor issues that irritated new users. This certainly eclipses the beautiful features iOS 10 boasts. Anyway, as of now, we have to deal with this situation or you can downgrade from iOS 10 Beta to iOS 9.3.2 on your iPhone and iPad. Read this information to go back to the older iOS version and wait till Apple fixes the bugs in iOS 10 Beta.

Step #1: Since iTunes has a role to play here, you need to make sure that your Mac or Windows PC is equipped with the latest version of iTunes.

Step #2: Now you should download IPSW files made available by Apple for your iOS devices. You can use links given below for your respective iOS device.

Step #4: Connect your iOS device with Mac or Windows PC with lightning cable.

Step #6: You are now required to put your device on DFU mode. For this, you need to press and hold Power and Home/Touch ID buttons simultaneously for 10 seconds. After 10 seconds, you can take your finger off the power button but keep pressing Home/Touch ID button until your device is in DFU mode. At this time, iTines will send an alert that it has found a device in Recovery Mode.

Step #7: Now hold the Option key on your Mac (Shift key if you are using Windows PC) and press the Restore iPhone button.

Step #8: You will be offered the option of selecting iOS 9.3.2 firmware that you have already downloaded earlier. iTunes will start installing iOS 9.3.2 on your iOS device.

While iTunes is doing its job, do not disconnect your iOS device from the computer. Once iTunes successfully restore your device and the same device gets rebooted into the welcome screen, you can disconnect the device.

Once everything is in place, you can restore your backup on the device. Please note that backup taken on iOS 9.3.2 will work on it; backup made on iOS 10 won’t work on the downgraded iOS, i.e. 9.3.2.

If everything works smoothly, you should be able to go back to previous iOS version. Should you face any problem, you can start a discussion threat in our comment section. Your feedback is important for our readers; do share your feedback with us on Facebook, Twitter and Google Plus.