With iOS 13 being only a couple of months away, the question that all Apple fans are is asking is what kind of features and services the new operating system will have to offer once it goes live. If you are a curious iOS fan like us, then you have arrived at the right website. The reason we are saying that is because today we are going to present everyone with a quick guide on how to install the latest beta version of iOS 13 which was released to the public earlier this week. Without any further ado, let’s get into it.

The first thing that we want to go over are the requirements to install the new beta version of the operating system. This is the fourth beta release and the first requirement that Apple fans need to meet is to have an iPhone that is compatible with the new operating system. Down below you will find a list with all the iOS 13 compatible iPhones:

Secondly, all Apple fans who are interested in installing the fourth beta version of iOS 13 are advised to ensure that their iOS powered device has been fully backed up recently. This can be done via iTunes or iCloud and doesn’t take longer than a couple of minutes. Installing beta operating systems usually means that users will have to deal with bugs or glitches and this is why making a full backup so necessary.

The last thing that we want to mention before we present the installation guide for iOS 13 beta 4 is that everyone who wants to access it will need to have an Apple developer account. This account costs $99 per year and without it, Apple fans will not be able to download the latest beta update for iOS 13. 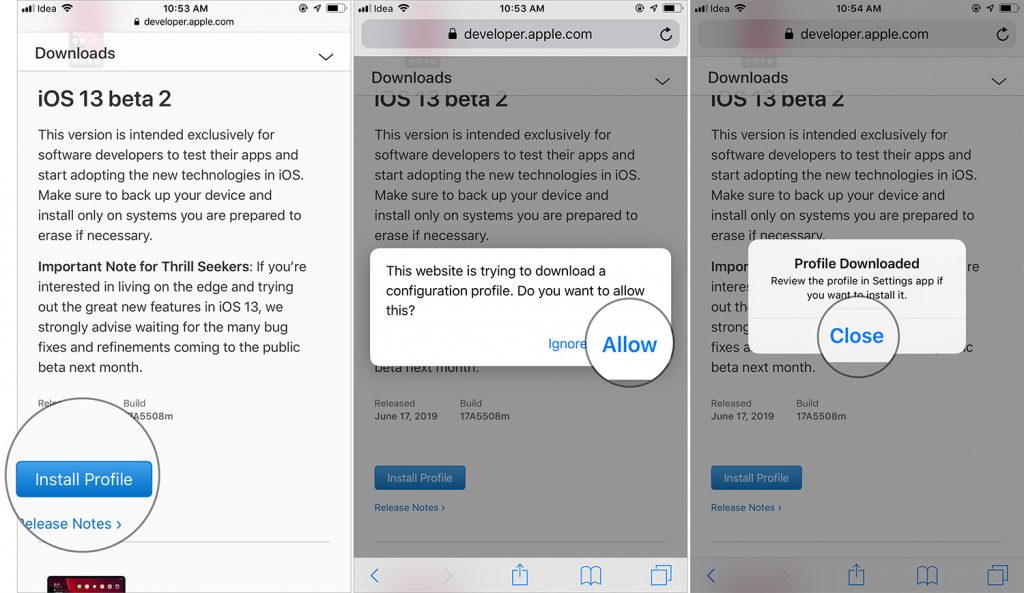 4. Wait for iOS 13 beta 4 to finish downloading and move to the next step once it’s done.

5. Access Settings – Profile – Downloaded. Now tap on the “Install” option and type in your passcode for the Apple Developer Account; 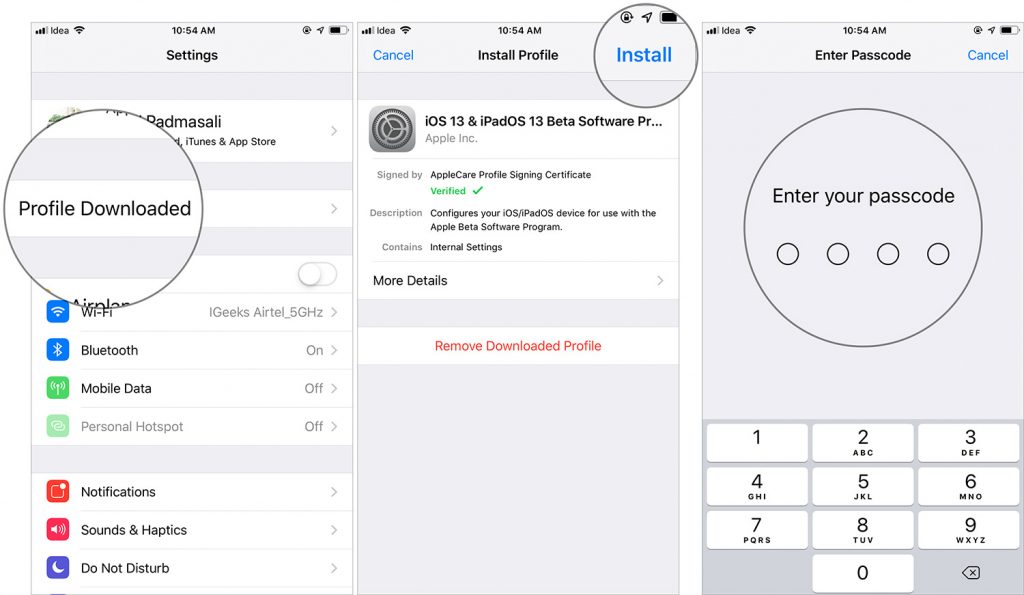 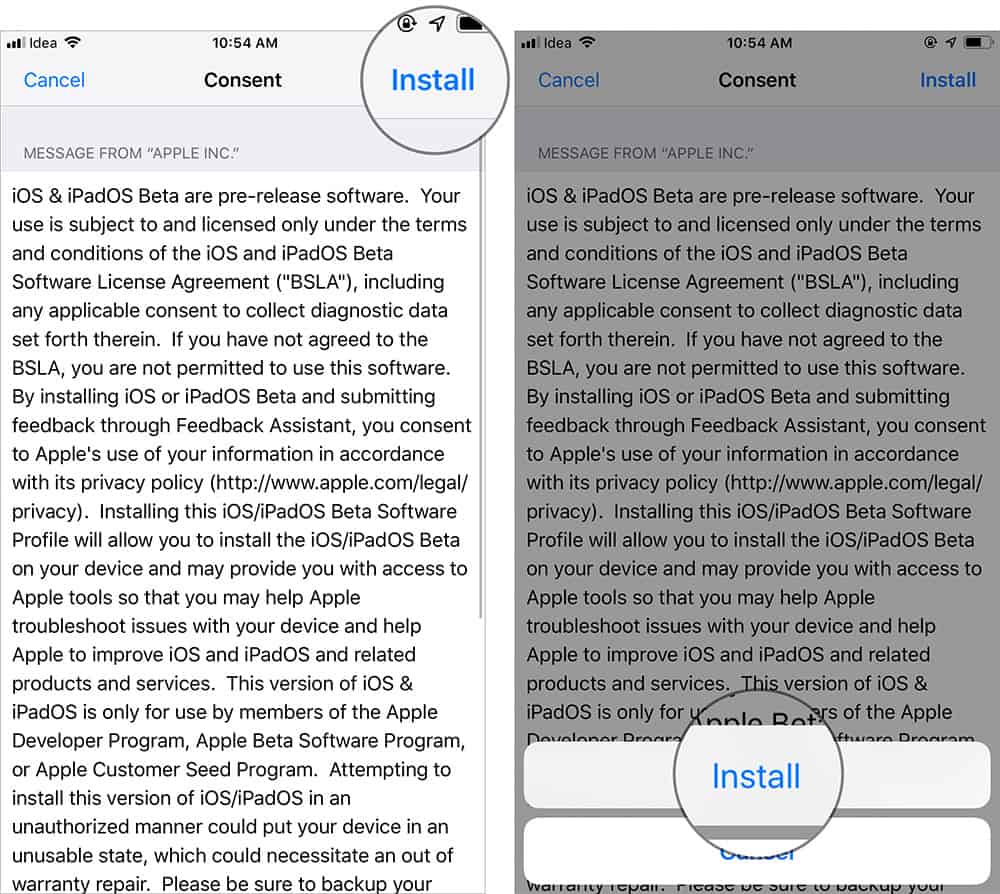 7. All that is left to do now is to tap on the “Restart” option and make the necessary changes to your device. After this is done, you can enjoy the enhanced user experience and new features that iOS 13 beta 4 brings.

What to Expect from iOS 13? (Top Features)

Since we have presented everyone with a short guide on how to install the latest version of iOS 13, we also want to go ahead and present the top features that the new operating system has to offer. The reason why we are doing this is so that all Apple fans can get a good idea of what Apple is holding in store for them.

iOS 13 is going to introduce lots of fun features that are going to make the lives of Apple fans easier than ever and one of those features is the ability to snap bigger screenshots than usual. This is a great feature because it will enable Apple fans to take full screenshots of webpages while using the iOS native Safari browser. 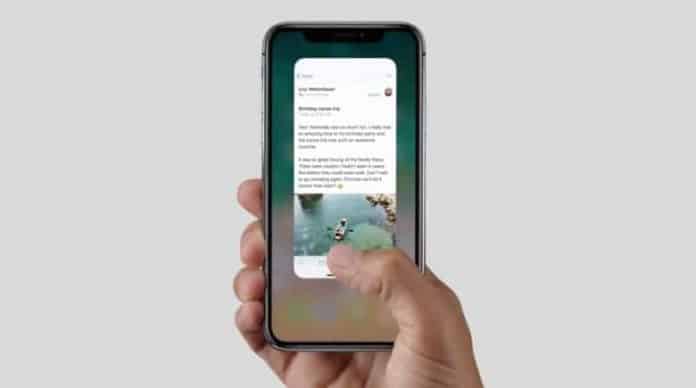 Apple changed the way everyone uses their smartphones back in 2017 when it launched iPhone X. This was the world’s first iPhone to not feature any physical buttons and the fan-favorite Touch ID Home Button. Apple replaced the physical button with new navigation gestures that didn’t just make it easier for Apple fans to use their iPhones but also made this process much quicker. Therefore, Apple fans should be pleased to find out that iOS 13 will introduce a bunch of brand-new navigation gestures. 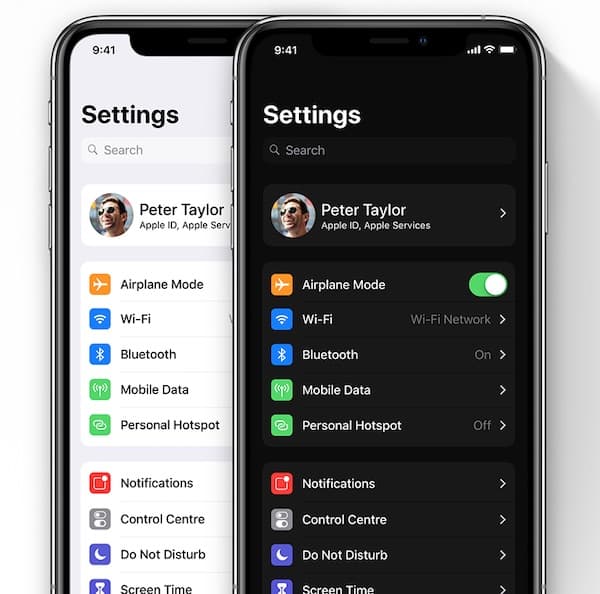 The last iOS 13 feature that we want to present is the highly anticipated system-wide Dark Mode. Apple fans have been asking for this feature to arrive for many years now and fortunately, the Cupertino based tech giant has finally decided to listen to the feedback. The Dark Mode will firstly make the entire user interface of iPhones look much better than usual but this is not the best thing about it. The dark design of this mode is going to make it easier on the eyes for iPhone fans who use their smartphones during late hours and don’t like it when the brightness shines in their eyes. To top it all off, the Dark Mode is also going to improve the battery life of all iPhones that support the mode.