In a digital age, when all your communication is likely to be traced & recorded, it is a great challenge for any user to keep anything hush-hush. This makes end-to-end encryption all the more necessary. Facebook now offers to a facility using which you can encrypt your conversation that happens on Facebook Messenger app.

It is super easy to encrypt your Facebook messages and have a Secret Conversation on your iOS or Android smartphone. Note that this facility is not available on web-based Facebook or messenger.com. 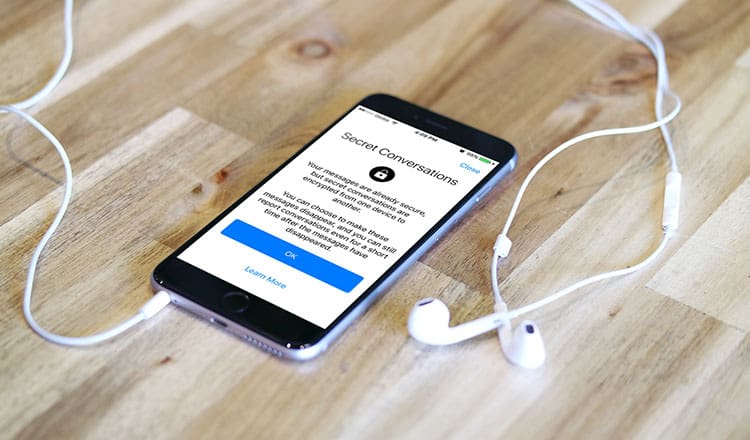 Step #2: Tap on Me tab from the bottom right corner or profile photo from the top left corner.

Now, you will immediately receive a popup message saying “This will be the only device you can use to send and receive encrypted messages”.

Note: When you turn on Secret Conversations in Messenger on one device, it will automatically close all secret messages on your other devices.

How to Start a Secret Conversations on Facebook Messenger in iPhone and Android Phone.

Step #2: If you are not on Home screen, tap on Home button.

Step #4: Now you can see the Secret option on the top right corner.

Step #5: Tap on that Secret button.

Step #7: A pop-up will appear on the screen asking you to make the default device. Tap on Make Default.

You can also see a timer icon on the bottom right corner of your phone’s screen. This feature allows you to choose the duration for which your secret conversation will remain live; after the chosen time, the conversation will be deleted. Once your message is seen by your contact, it will disappear after the selected duration. For example, if you have chosen 1 minute from the timer, your message will disappear 60 seconds after it is seen by your contact. 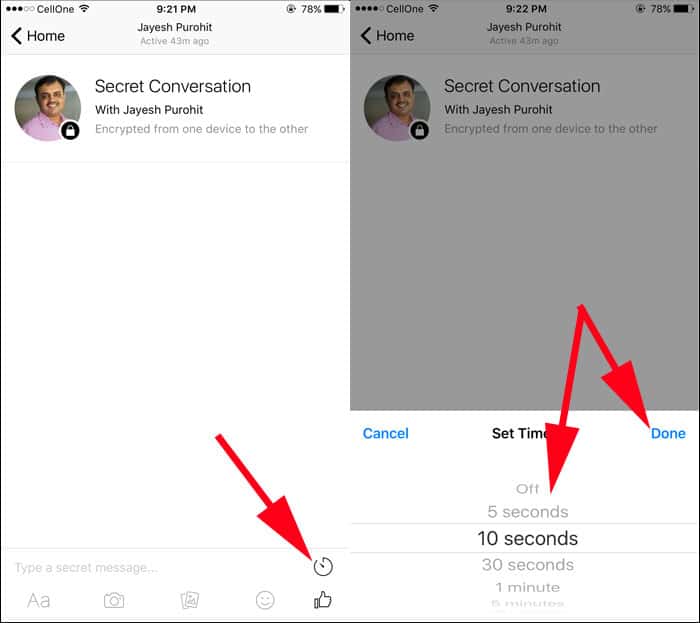 How to Delete all Secret Conversation Messages

Step #1: Tap on Me tab or tap on profile photo from home tab in Facebook Messenger App.

Step #4: Next, tap on delete once again to confirm your action.

What can you send in this secret conversation?

Also, note that this secret conversation is encrypted end-to-end, this means even Facebook cannot know what conversation took place between you and your contacts. However, if the other person, with whom you are chatting, decides to share the conversation, you can’t help. He or she may take a screenshot of your conversation and share it with anybody.

The digital world offers so many facilities to communicate fast, but we all know how vulnerable the platforms are. We have the recent examples of Wikileaks and Edward Snowden. Hence, prevention is better than cure; you should be vigilant of such traps. Use a robust chat client that gives you superior security.

This new feature can win back many users, who began to use newly launched Google Allo and WhatsApp to communicate. Hope that you like this new feature on Messenger app. Share your feedback with us on Facebook, Twitter and Google Plus.