HQ Trivia was an iOS exclusive game, which is now available for Android users to download and install. Touted as the hottest game, it is a New Year gift for Android phone and tablet users. However, the game can be played as limited beta in the US and open beta in Canada. If you want to get HQ Trivia on Android, here is your way.

HQ Trivia quiz app downloads number is rising even as it is a location specific app. However, users know how to use a virtual private network to spoof your real location. The game boasts a live host and a series of questions; the difficulty level will increase as there are a number of players vying for real cash prizes. During Christmas, this game witnessed a whopping 730,000 users playing the game at the same time; this figure only shows iOS users. In 2018, the downloads of HQ Trivia will touch the record number as Android users will also be playing the popular game.

The Latest: The game is now available in US, so users can download the game from Google Play Store in the US. If you belong to any other country (apart from Canada and the US), you can follow the below-mentioned steps to get HQ Trivia. 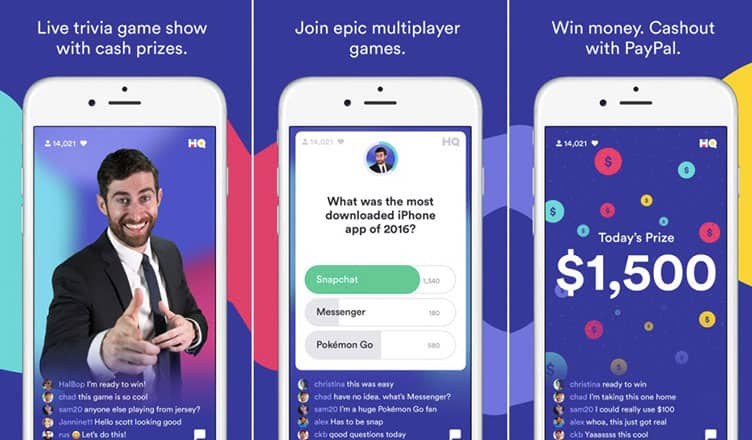 Can you play HQ Trivia all day?

No, they have set scheduled times when you can play HQ Trivia. You can take part in this game twice in a day: 9PM EST and 3PM EST on weekdays.

How much can I earn from HQ Trivia?

Probably the only reason of immense popularity of HQ Trivia is that users are paid to play this game. By answering questions in 10 seconds, you can make money between $250 and $8000. Note that you have to give answers to 12 multiple choice questions (MCQ); the more exciting thing is that if nobody wins in a day, the prize money is added to the next day’s jackpot.

How to Get HQ Trivia on Android Phone

First off, you need to set up a VPN on your computer and set it to Canadian IP address. And when you have done that, you need to create your Google Account with Canada’s location.

Step #1: Once you have got the requirements, take your Android device and log into your newly set up Google Account.

After installing a VPN on your Android, go to Settings and then App.

Step #5: Then go to Storage on your Android device and tap on ‘Clear Data’ and ‘Clear Cache’.

Step #6: Open the VPN app you have downloaded on your Android; set the location to Canada.

This will enable you to download HQ Trivia on your Android device.

The method mentioned above is of course a roundabout way to use HQ Trivia on Android devices. Until there is an Android application package (APK), users have to follow this method to play HQ Trivia game on their Android phones and tablets.

When the app releases the official version, you won’t have to use VPN or APK; as of now, you can pre-register on Google Play Store.