macOS High Sierra was released by Apple with some innovative and distinguished features like Safari 11, Apple File System and others. However, not all changes are good; the case in point Mac’s media keys, which not only control media apps like iTunes and Spotify but also play its role while you are playing audio or video from web. If you don’t like this intrusion of media keys, you can keep your Mac’s media keys fixed to iTunes in macOS High Sierra.

What is annoying in this entire issue is that users cannot control iTunes tracks while a video or audio is being played on your Safari or another web browser. Thousand thanks to Milan Toth, a developer, who has come up with a solution in the form of a free utility called High Sierra Media Key Enabler. By using this app, you can regain the control of media keys of media apps like iTunes or Spotify on your Mac.

Step #1: Launch Safari or any other web browser on Mac from the Dock or Applications folder.

Step #4: Now you need to launch the Downloads folder from Dock or Finder.

Step #5: Open the app by clicking on it.

This High Sierra Media Key Enabler will play its part well as Menu Bar utility. You are not supposed to configure anything on your Mac; when you don’t want to use it, simply quit the app.

According to the developer of this app, this Media Key Enabler is compatible with physical keys of your Mac and not with TouchBar of MacBooks. Moreover, it is not even compatible with headphone remote buttons. You can see this app in the form of a nice looking black dot that controls your iTunes and Spotify directly; interesting part is, if you are running both – iTunes and Spotify – this enabler will control both apps.

The media key enabler is extremely useful for users, who leave iTunes running all day for podcasts and music. Would you like to keep Mac’s media keys fixed to iTunes? Share your feedback with us on Facebook, Twitter and Google Plus. 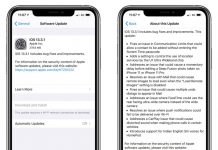 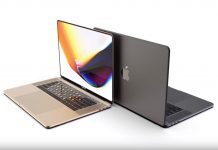