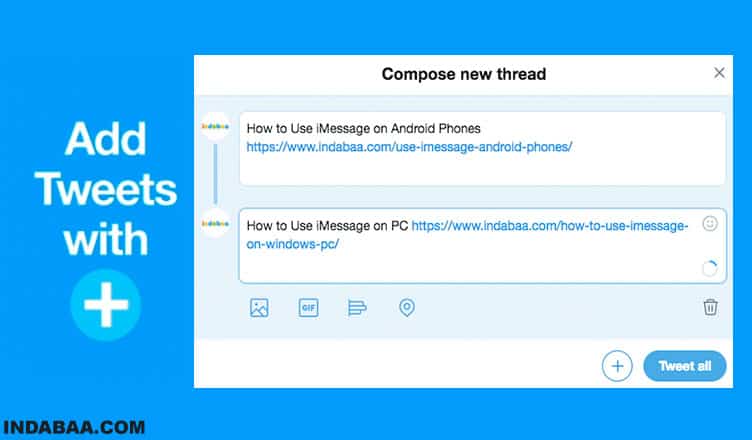 Step #1: The feature is available on the latest version of Twitter, hence you need to update your Twitter app on your iPhone or Android device.

Step #3: Now tap on the create icon (that plus ‘+’ symbol with a feather) to create a new tweet.

Step #4: Write a tweet; once you finish your first tweet, tap on a plus button from the corner of compose area; this plus button is seen right above the keyboard you are typing your tweet on.

Here, you can keep adding tweets to create a thread of tweets. There is no limit of tweets set by Twitter as of now. So you can add as many tweets as you wish.

All your tweets will appear in the sequence you have created them. Still forgot to add something? Don’t worry! You can tap on ‘Add Another Tweet’ button to add more tweets to your already published tweets.

‘Threads’ is the aptly given name to the latest Tweeter feature as you can never lose thread. If you want to see the thread, simply tap on ‘Show this thread’ option to check all the tweets in that thread.

A welcome feature for social media practitioners, who have to write many tweets on a particular topic in trend. Twitter seems to be more liberal as it has already expanded the character limit from 140 to 280, and now this ‘Threads’, which is truly a boon for professionals who want to share long stories.