The pricey HomePod from Apple is your best partner to enjoy music with. In fact, Apple has designed this smart speaker to be primarily used to Play music on HomePod. If you have subscribed for Apple Music, you would love to listen to all your favorite songs on this HomePod. A few simple commands and your musical journey begin. Here is how to play music on HomePod.

Once you set up HomePod, your HomePod will use Apple Music library from iCloud and you can search music, add songs to playlist and more. If you want to Stream music from any other apps on HomePod like Spotify then you can use AirPlay Peer-to-Peer feature. 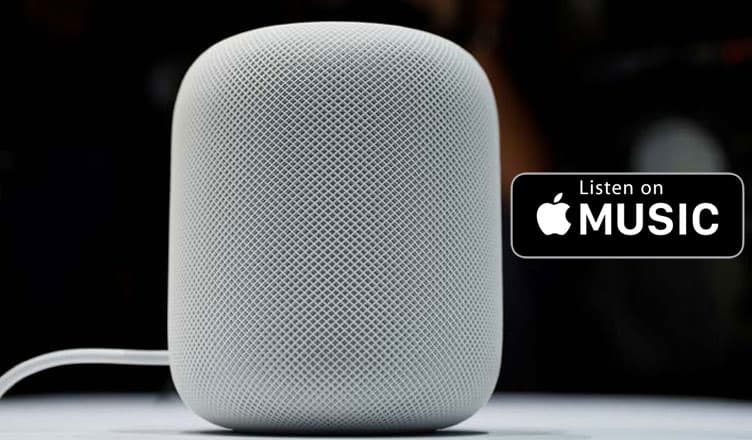 How to Play Apple Music on HomePod

Your HomePod is all about Siri commands. To control Apple Music via HomePod, you need to say a few commands. But before that, you can activate Siri on your HomePod.

“Hey Siri, play rock music from my library”, and Siri will only play rock tunes from music.

Want to allow your friends to play music on your HomePod?

Since HomePod accepts only one iPhone or iPad, you need to use AirPlay if you want to allow your friends to play music on HomePod. For this, you need to tap on AirPlay button on Music Widget in Control Center, and then choose the right HomePod and hit play.

How to Manage Apple Music with HomePod

You can give Siri some more important tasks so that you can improve your Apple Music experience on your HomePod. But how will you do this? Well, you can like some songs or add your favourite artists to your playlists.

You need to say “Hey Siri, I like this”. Upon this, Siri will register this and it will change all your future recommendations on that selection.

Say “Hey Siri, add this song to my party playlist”.

“Hey Siri, I don’t like this artist”. Siri will circumvent those artists in future.

You can speak different phrases and words to check what Siri responds and says. You can use countless other ways to enjoy Apple Music in your own unique way. Apple’s machine learning will improve your music experience.

Slowly and gradually, Siri will follow your choices and make recommendations accordingly. Later, you can say, “Hey Siri, play some dance music” and you will be listening to a dance radio station with music you love.

You can listen to the same playlists and preferences on other iOS devices.

If you are using AirPlay peer-to-peer feature on HomePod to stream music and if any of third-party music service like sound cloud, Pandora or Spotify is not working then jump to this post.