Until now, ransom amounts were extorted for a kidnapped person, but the new age terrorists hack your virtual accounts and systems to extort money from you. WannaCry Ransomware attack is in headlines these days as this malicious virus has infected more than 2, 30, 000 computers in over 150 countries. This attack was launched on May 12, 2017. But now everyone is facing a question: how to foil this attack? So here is everything you need to know about Ransomware attack and how to protect your computer from WannaCry .

This WannaCry Ransomware attack is targeting Windows computers. From the 150 countries affected by this attack, Russia, Ukraine, India, and Taiwan are most affected by the Ransomware. The major target of Ransomware is governments, hospitals, businesses and end users. In United States, Spain, and Russia, the virus has wrought havoc on FedEx, Telefonica, and MegaFon respectively. This information deals with everything you want to know about WannaCry Ransomware attack. 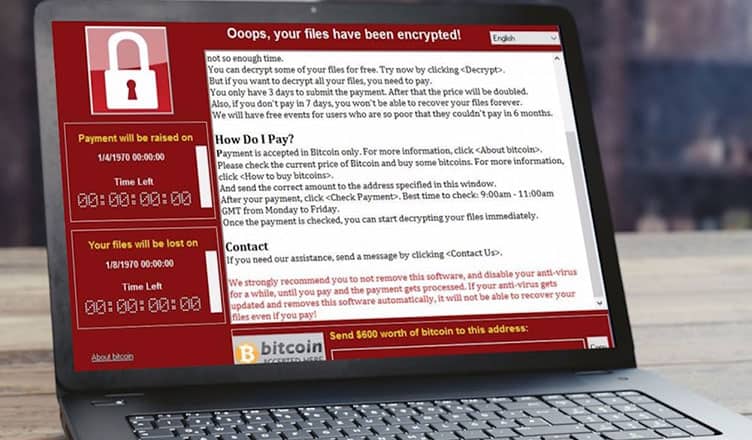 WannaCry Ransomware Attack: Everything You Need to Know

The much-debated attack was first launched on May 12, 2017, and until now, it has affected over 2, 30, 000 computer in more than 150 countries. The hackers are asking for ransom in Bitcoin, which is a cryptocurrency and digital payment system. The users’ data is completely encrypted and to unlock the system, users have to pay $300 in Bitcoin.

How did this WannaCry ransomware attack spread?

The massive spread of WannaCry ransomware is due to phishing emails carpet-bombed by hackers. Moreover, hackers have also used exploits like EternealBlue and DoublePulsar backdoor created by the US National Security Agency.

Which computers are affected by WannaCry?

Windows computers are affected by WannaCry ransomware till now. If you are using older versions of Windows like Windows XP or Windows 2003 Server, your systems are likely to be affected by this virus. The hackers have stolen the exploits from the US National Security Agency; however, there is no official statement from the concerned authorities. Since Windows computers are affected, Microsoft has released a patch for the older versions of computers, especially for Windows XP.

Is your Mac exposed to any risk?

Note that your iOS devices like iPhone, iPad, Apple TV, and Apple Watch don’t use SMB file sharing, and hence, there is no question of risk from WannaCry.

How to Protect Windows Computer or Mac from WannaCry?

You should not click any email that came from the unknown or strange source. Do not open any link forwarded to your WhatsApp, Facebook Messenger, Skype or any other chat client. Instead of clicking the link, type in the link in your web browser or search engine, and then visit the site.

Additionally, you can install a strong ransomware blocker. While purchasing standard antivirus software, it is advisable to spend a few more bucks on some multipurpose utilities. You can easily rely upon options like Avast, Malwarebytes Anti-Ransomware, and Cybereason Ransomfree.

Another practical workaround is to block TCP port 445 to stop the ransomware. Simply search port-blocking instructions in Google for your particular router. This suggestion came from a security researcher who accidentally slowed the spread of WannaCry.

Want to run more security checks? You need to