Phone recording is illegal in many countries, and therefore, Apple has never introduced a built-in feature that allows users to tape telephone. The law requires at least one person taking part in the call must be notified of the recording. However, there are some occasions when one of the persons in conversation has to record phone calls on iPhones. To record iPhone call, user has to use third-party phone recording apps. But not all apps are worth downloading because many would allow you to record only a few seconds of your conversation, while others enable users to record iPhone calls either when they make or receive calls. So how to record calls on iPhone X, 8 Plus, 8, 7 Plus, 7, 6(s) Plus, 6(s), 5, 5s, SE?

The answer came from the archrival of Apple; yes, it is Google that has developed a third-party app with which iPhone users can record live conversations on their devices. It is Google Voice for iOS that allows iPhone users to make unlimited calls to Canada and the US, unlimited text messages and international calls too. However, the last feature comes at a price; the rates of international call start from 1 cent per minute. Apart from call recording, your Google Voice is one of the best alternatives to avoid that bill shock at the end of every month. 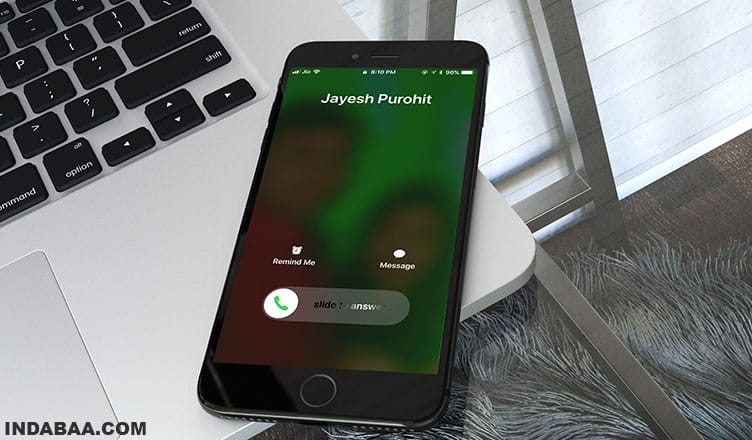 The voice recording feature is within the app; users just need to toggle that switch to record incoming calls. The switch can also be used to initiate conference calls on your iPhone.

Step #1: First off, you need to download Google Voice on your iPhone.

Step #2: Open the app and then set up your account on the app; select a phone number based on your location.

Step #3: Next, tap on three dots from the left of phone screen.

Step #6: Here, toggle the switch next to Incoming Call options.

You are all set to record incoming phone calls on your iPhone. Remember, this app gives you limited recording, but it is quite useful in some grave situations.