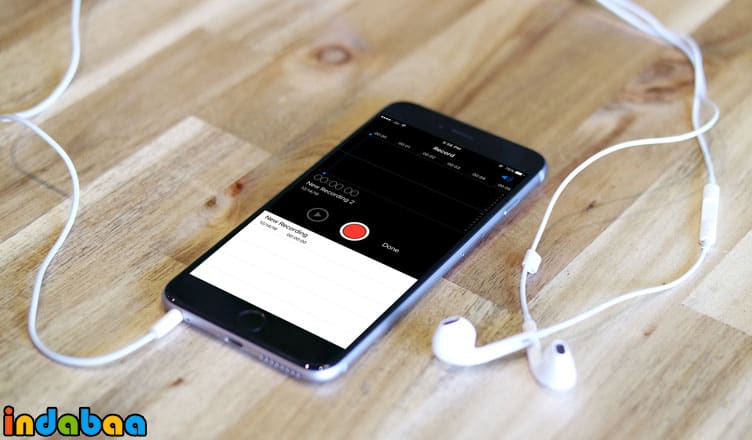 Are you someone who has the habit of constantly dictating notes, record sound clips or capture any other sound? Well, if you are an iPhone user, you can get these tasks done easily with the use of the Voice Memos app. The Voice Memos app allows you to record any kind of sound you wish to save directly to your iPhone. So here is how to record a voice memo on iPhone and iPad.

You can not only just record audio, but also trim it, save it, or share it with the Voice Memos App. To help you get started with this useful little app, given below is a complete guide right from recording Voice Memos to sharing it. You can get to know the following tasks involved with the usage of this app.

How to Record Voice Memo on iPhone and iPad

Record Audio on iPhone and iPad

This is an extremely simple task. Just follow these steps to record a new memo,

Step #1: On your Home screen, open the Voice Memos app. It could still be placed in the Utilities folder, so check that out. 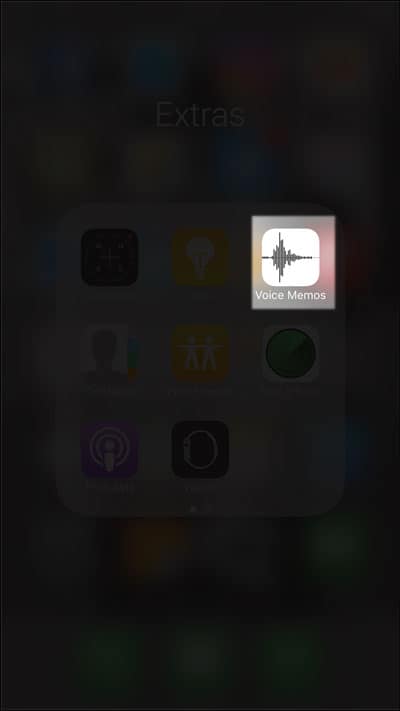 Step #2: Tap on the record button. This is the large red colored circle.

Step #3: Next, tap on stop button to halt the recording whenever you want. If you wish to keep continuing the same recording, you simply touch the record button again.

Step #4: Finally, tap on Done once you are happy with your recording. 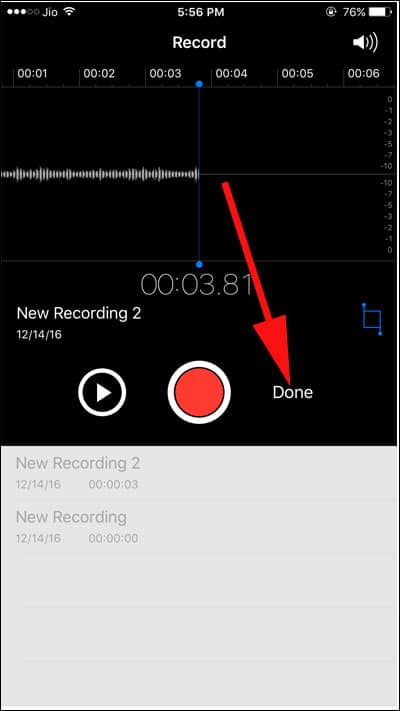 Step #5: Now input a name into the given field in case you wish to give a name to your recording. 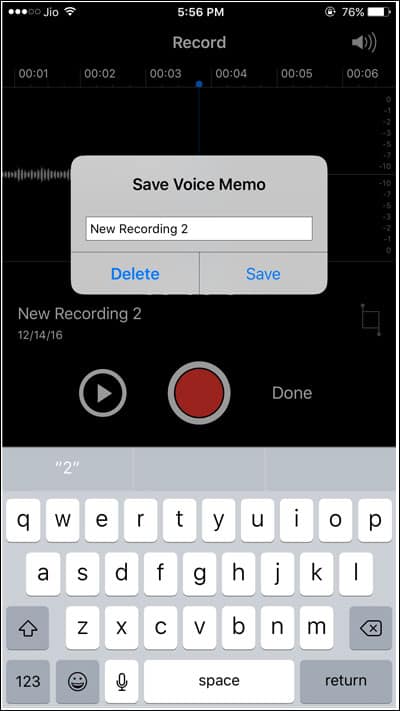 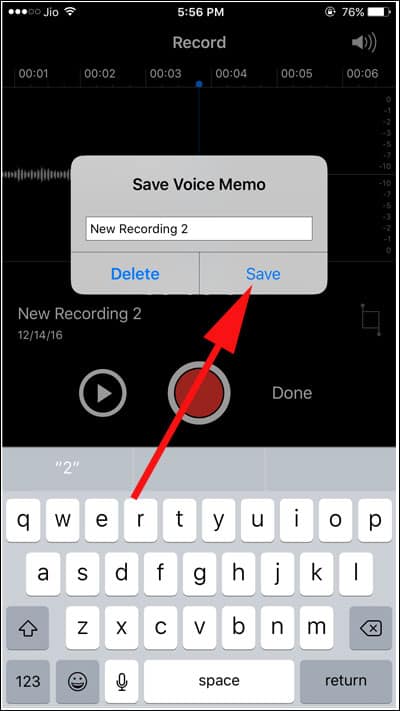 Once you have made the recordings, you can play them out and listen to them right from within the Voice Memo app.

Step #1: From your Home screen, open the Voice Memos app. Like before, it could still be placed in the Utilities folder if you haven’t relocated it.

Step #2: Select the Voice Memo that you wish to listen to. 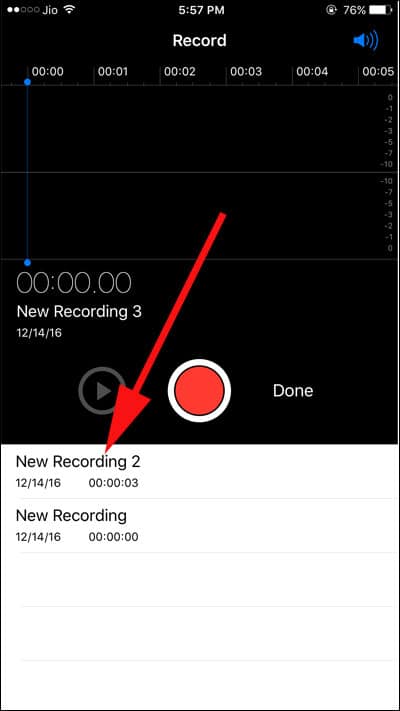 Step #3: Now tap on the play button to hear it.

How to Share Voice Memos on iPhone and iPad

The Voice Memos app also lets you share your recorded memos through iMessage, email, and other ways.

Step #1: Once again, open the Voice Memos app from your Home screen.

Step #2: Choose the recording that you want to share.

Step #3: Tap on share button present on the lower left of the screen. This is represented by the box with an upward arrow.

Step #4: Now, touch the method through which you wish to share your Voice Memo. Then, go ahead as usual with your selected way. 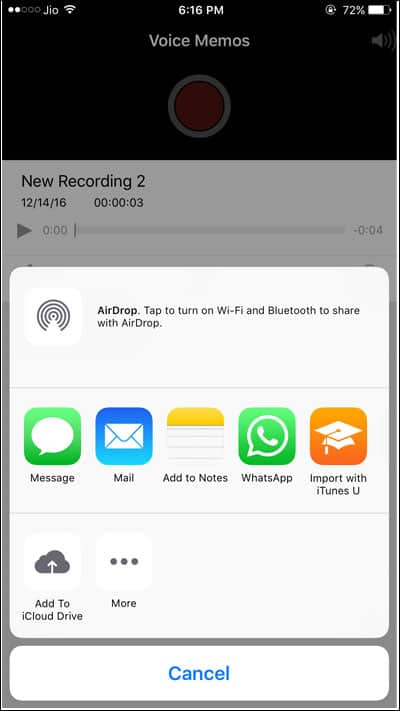 How to Crop Voice Memos on iPhone and iPad

As you know, while recording an audio file, there is rarely a flawless beginning and ending. There are always some extra bits at the start and end. But Voice Memos let you cut off any inessential sound right before and after your memos from within the app itself.

Step #1: Open the Voice Memos app from your Home screen. If not present, then check out your Utilities folder as mentioned before.

Step #2: Select the recording you wish to cut by tapping on it. 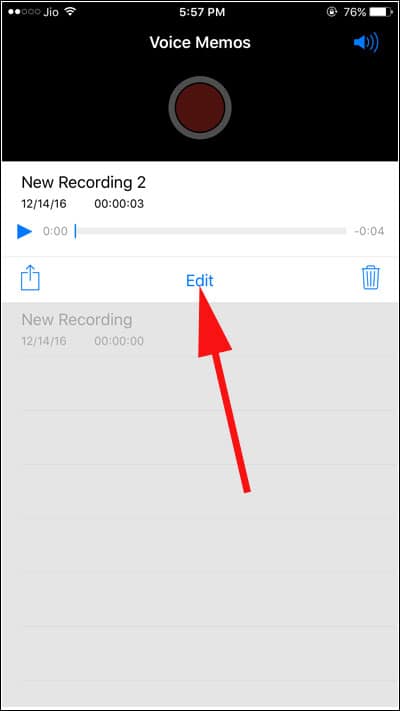 Step #4: Next tap the Trim button located in the middle right of your screen. This is represented by a blue square.

Step #5: Touch and drag the red colored sliding markers in whichever direction you want to trim your recording. 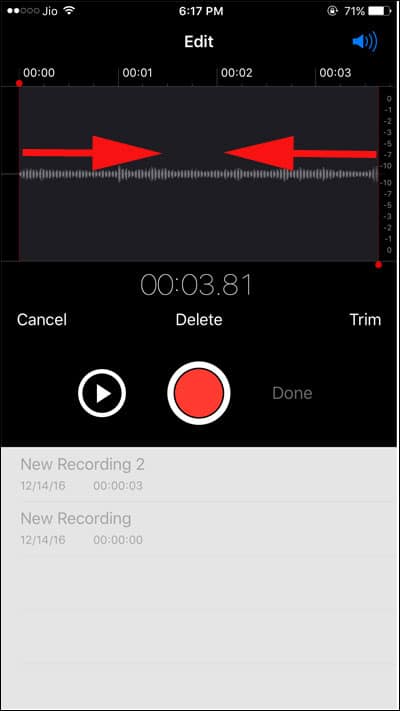 Step #6: Once you are happy with your edits, tap on Trim once again. 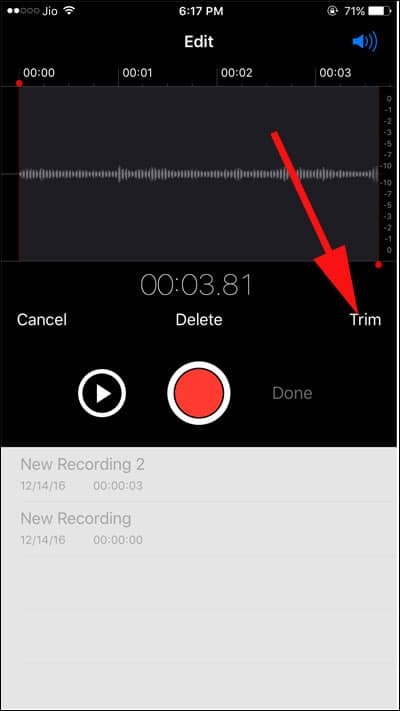 Step #7: You can select Trim Original to save it to the original recording itself or alternatively you can tap Save As New Recording to keep the original as it is and saving this trimmed one as a new file. 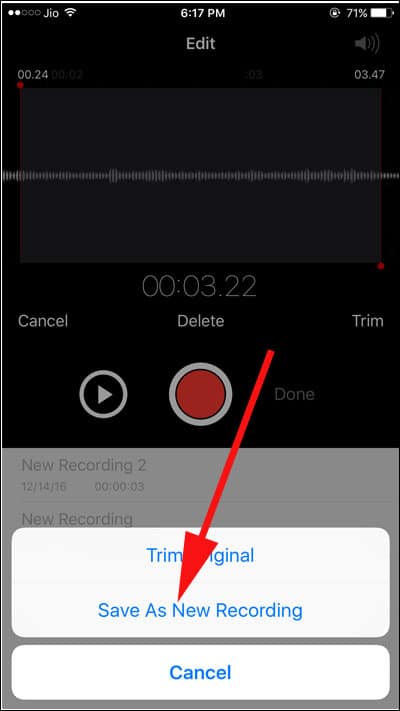 If you save it as a new file, it will get saved with the same file name with an appending Copy at the end of the name.

How to Rename Voice Memos on iPhone/iPad

If you feel that your recording is improperly named or you wish to rename, you can easily change the name given to your original recording whenever you want.

Step #1: Open the Voice Memos app from the Home screen or from the Utilities folder.

Step #2: Touch the recording that you wish to give a different name too. 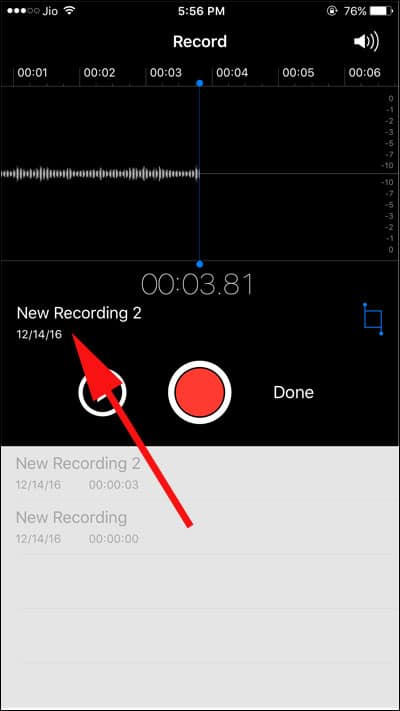 Step #5: Now type in a new name just like you want and then tap OK. 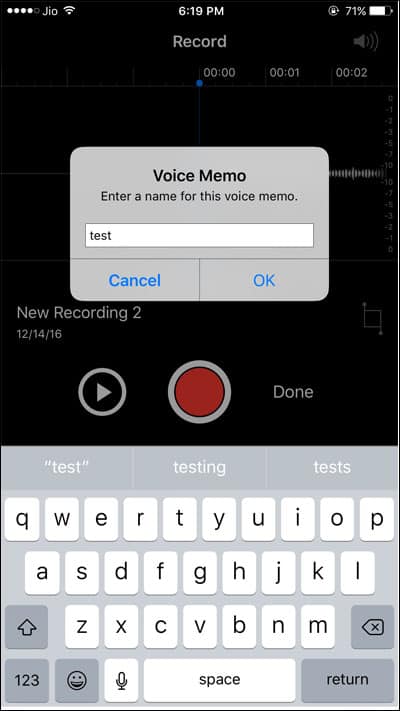 The recorded memo will now have the name that you changed in the list.

How to Delete Voice Memos on iPhone and iPad

If you wish to delete your Voice Memos, there are three different ways to do that. Here we have given you the fastest and simplest method to do the deletion.

Step #1: Open the Voice Memos app just like before.

Step #2: Now keep swiping up to scroll downwards till you are able to see only the record button at the top. 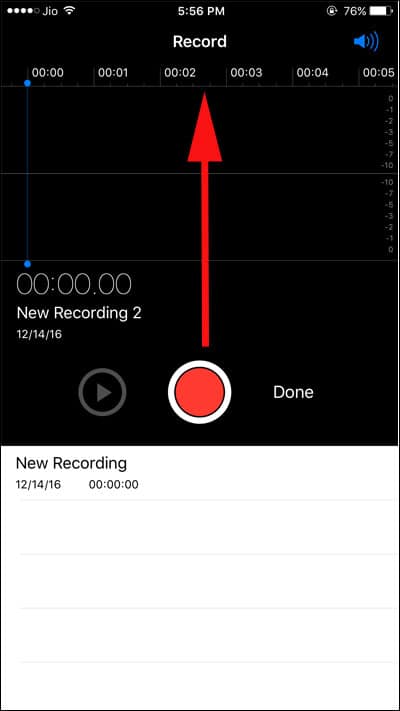 Step #3: Now tap on  Edit in the top left of the screen, in the corner. 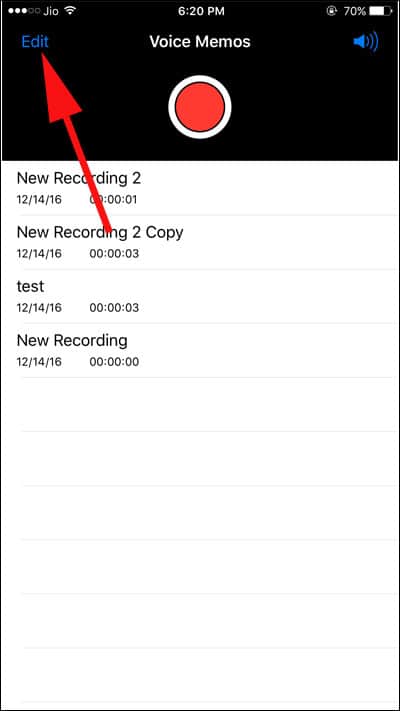 Step #4: Next tap the Delete button right next to the recording that you wish to scrap.

Step #5: Touch Delete as soon as it appears on the recording’s right side. 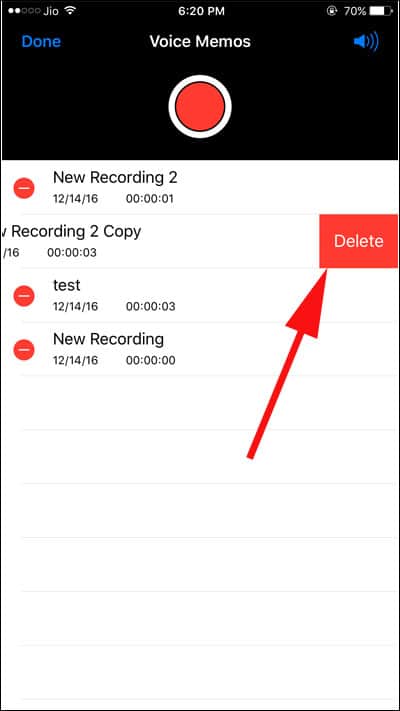 You can also do this individually by going into each recording by tapping them and then touching the trash can to delete that particular recording.

Do you use Voice Memos often? Try our simple steps and master the art of Voice Memos. If you have any questions, do let us know and we can help you. Share your feedback with us on Facebook, Twitter and Google Plus.