Split screen was a long-standing demand of Android users, but Android never introduced this as default facility. Rather, developer community brought some cool apps and APKs that enable Android users to use two apps at once to improve multitasking. The split screen in Android Oreo allows you to use two different apps in one window side by side on your phone simultaneously. This you can experience in App Pair feature on Galaxy Note 8 and picture in picture mode on YouTube. However, if you want to use the same app in split screen, what should be your action? Well, this tutorial can surely help you run same app at once using split screen on Android Oreo.

Why do people need to use a single app in two screens on their Oreo device? If I think as end-user, I would love to chat with two contacts simultaneously on my WhatsApp or probably on other chat apps. Similarly, I should be able to browse two web pages at the same time using the same browser. At this time, splitting screen on the same app will help Android Oreo users. Thankfully, this feature can be used without rooting your Android device. However, you need to download an APK for this. 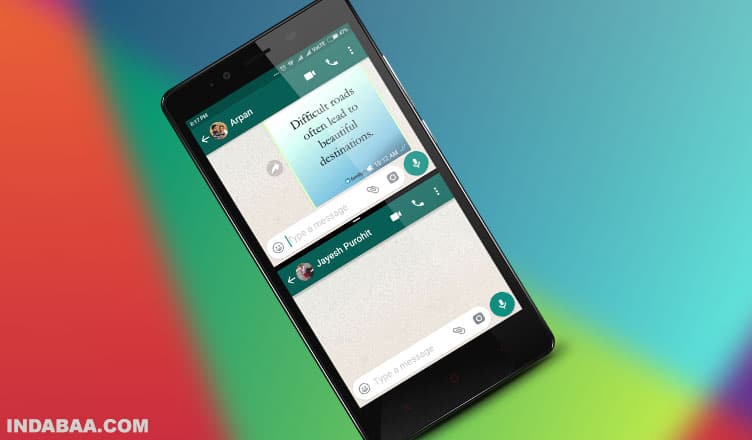 Step #1: First off, you need to download and install Parallel Windows for Nougat and Oreo on your Android phone or tablet. If this app is not available in your country, you can use this APK.

Step #2: When the app is on your device, launch it. 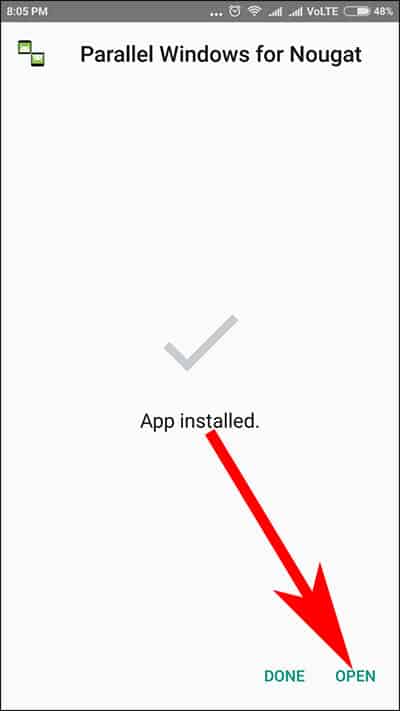 You can see a disclaimer about the app as the developer of this app is/are doing experiments with the app. A checkbox with a title “I have read and understood” will also appear; tap on that checkbox and then tap on “Continue”. 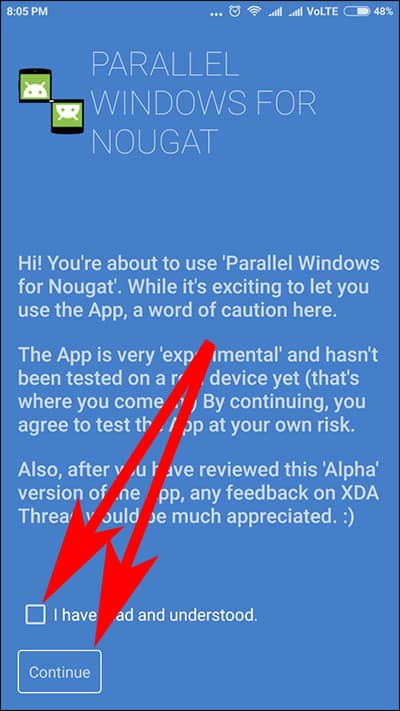 Next, you will see a warning that tells you Android Oreo supports Picture-in-Picture (PiP) mode but this feature only supports multi-window. Tap on this checkbox from the bottom and tap on “Continue”.

Step #3: Now you are landed on the main app screen; here, you are supposed to give some permission to use other apps as well as Enable Accessibility Service. For this, turn on the button next to each permission and grant the permission in the next screens.

Step #4: Since you have granted necessary permissions to this app, you are now all set to customize some features of the sidebar. This sidebar will help you launch multiple instances of the same app when it is in split-screen mode. You may love to adjust the height, width, and position of sidebar as per your choice. 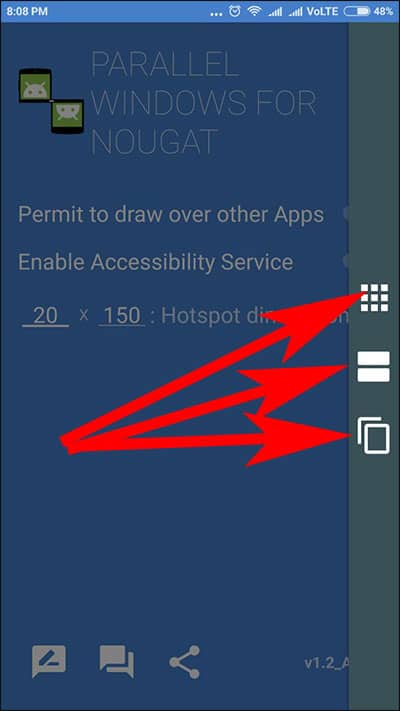 Step #6: Once sidebar is configured, simply launch any app or you can use the Recent/Multitasking button. Next, swipe from the right edge to bring up the sidebar and choose the third option. You will be prompted to choose to “Select an app to mirror”. Simply choose the app and two windows of the same app will open up in split screen mode on your Android Oreo device. 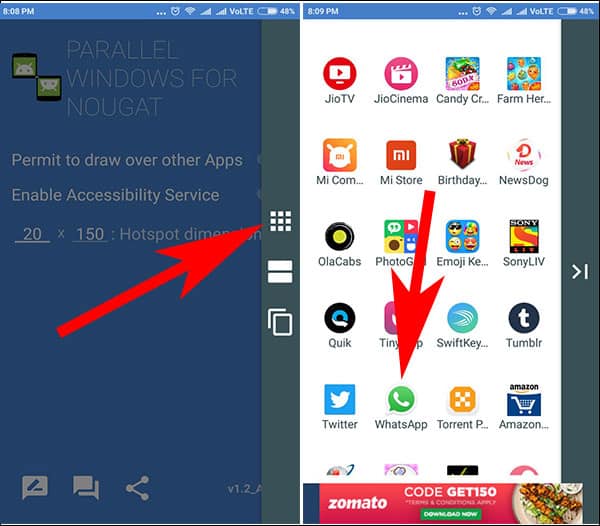 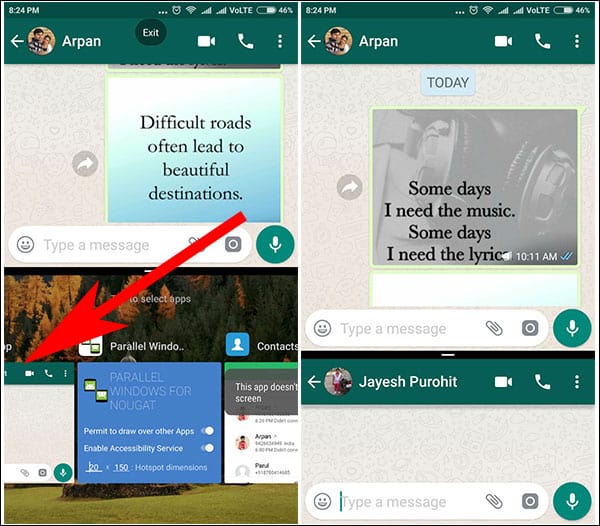 How to Exit Split Screen Mode on Android Oreo

To come out of split-screen mode, you need to tap on app switcher on Android Oreo device. You will see an Exit button on the top; simply tap on that button. Alternatively, when you invoke app switcher, you can see that adjustable screen; just drop that screen down and split-screen mode will be turned off. 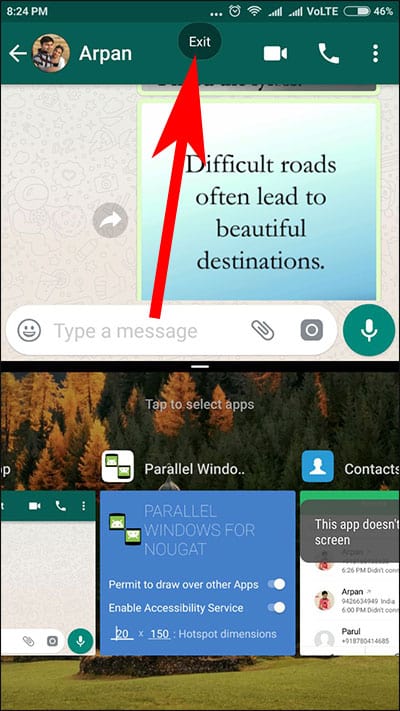