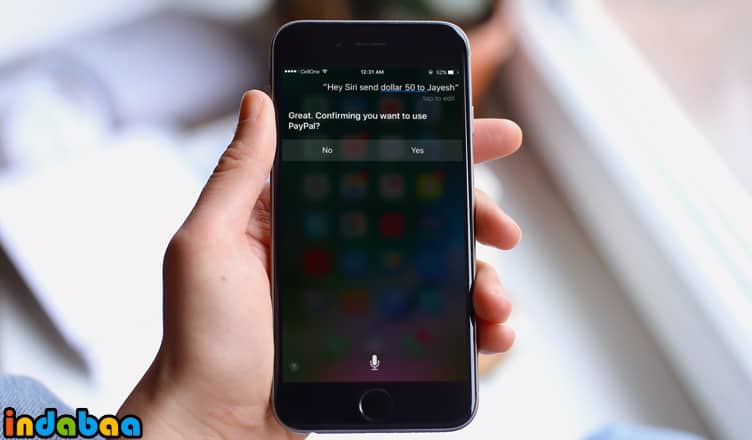 iOS 10 has come up with amazing feature and facilities for iPhone and iPad users. Among many useful features of iOS 10, Siri has captured special attention of iPhone users. With Siri, they can perform many tasks easily by sending a voice commands to Siri.

I particularly like the way I can send an email using Siri on iPhone. But using Siri to send money via PayPal on iPhone is quite unique in its own right.

Now a step ahead, Siri can help you transfer money with PayPal on iPhone. This feature is helpful to business persons, who need to transfer money in PayPal accounts of people connected with their business.

The method is pretty simple as you have to send an order to your personal assistant about how much money you want to send and to a person. The obedient Siri will take your order; before you command Siri, you need to setup PayPal account on iPhone.

How to Use Siri to Send Money with PayPal on iPhone

Step #1: Download the latest version of PayPal app from App store and setup on your iPhone.

Step #2: Now press and hold Home button on your iPhone to invoke Siri. 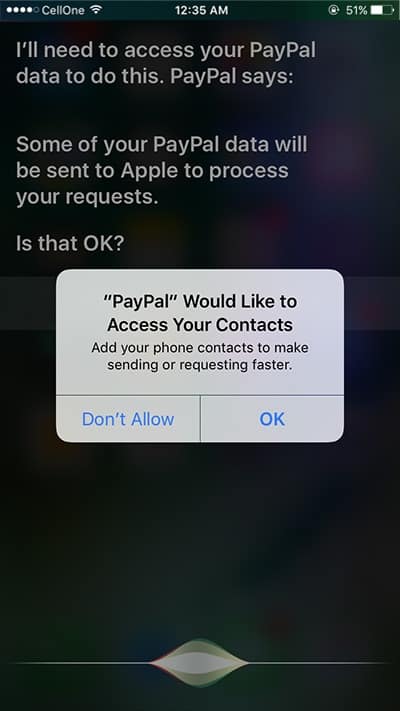 Step #5: Next, choose the email id or mobile number of the contact you need to send money to. 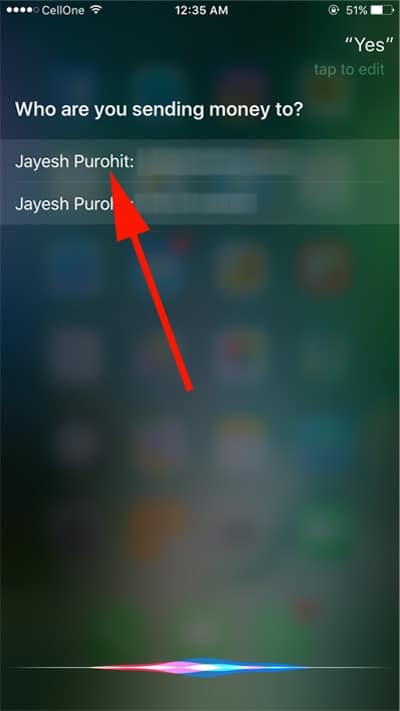 Siri offers multiple benefits to iPhone and iPad users. Just give it proper commands and it will execute your instructions carefully. If you are new to iOS eco-system, you need to set up Siri and select the language you want to use to interact with this personal assistant.

Siri is best used when you are on the way to some destination. Use Google app while you are travelling; ask Siri to call or send iMessage to a contact.

Don’t Miss: How to Send Money Via iMessage with Apple Pay in iOS 11

If you have any question about Siri, ask us or our audience at Facebook, Twitter and Google Plus. You can also write your comments in our Comment section below.