Setting a timer on your HomePod comes handy when you are cooking something in the kitchen. It tells you when to turn off the stove so that the food doesn’t burn. Like other iOS devices, HomePod works on built-in Siri functionality; this means, you can use Siri commands to set a timer on HomePod.

Note that you can use a timer on HomePod for a maximum limit of 24 hours; if you want to use a timer for more than 24 hours, Siri would ask you to use a reminder. When the time is up, your HomePod will begin to play a sound; you can stop the sound by tapping the HomePod top or use Siri command to stop it. 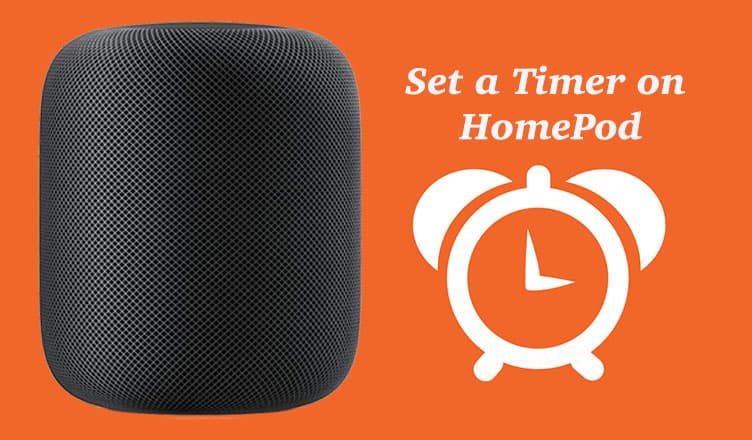 How to Set a Timer on HomePod

Hope you have activated Siri on your HomePod. Next, use a simple command like “Hey Siri, set a timer for 20 minutes”. You can keep any time you want to set a timer for.

In case you change your mind after setting up a timer, you can modify the timer. To make changes in timer, say “Hey Siri, change the timer to 15 minutes”.

Can you set two timers at a time?

Unfortunately, no. You can set only one timer at a time. If you try to set another time while the first one is already running, Siri will speak, “A timer is already running at 20 minutes. Would you like to replace it?”

The only way to interact with a timer on HomePod is to use Siri. You cannot use your iOS devices to view and manage HomePod timers.

Your HomePod is primarily a music streaming device that boasts excellent sound quality. Though you can physically touch some controls to use it, most of the functionality is done through Siri. Therefore, you must be familiar with what you can do by using Siri commands on your HomePod.