Setting alarms on your Apple Watch is quite easy if you use Siri. Apple’s intelligent voice assistant quickly listens to your command and creates alarms on your watch. However, this will be your Apple Watch exclusive alarms as they won’t ring on your iPhone even as it is paired with your iWatch. There are certain commands you need to know before you set alarm on Apple Watch using Siri.

Once you setup Hey Siri on your Apple Watch, you can easily put alarms on the smartwatch. If you have turned on multiple alarms, you can edit them as well as delete those wake-up reminders. Amazingly, you can use Siri to change your Apple Watch alarms and also create a label for Siri alarms. Check this guide to know how to activate Alarm on your Apple watch using Siri. 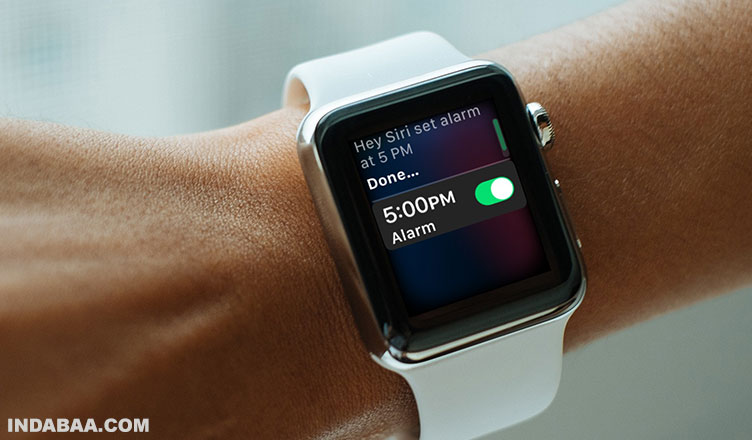 How to Set Alarm on Apple Watch Using Siri

First, we will activate Siri to enable alarms on Apple Watch. Note that the guide has only commands or instructions to be given to Siri; there are no steps as such. 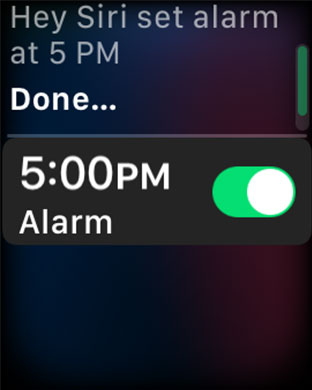 How to enable alarm: Hey Siri, Set Alarm for 5 PM.

To Set Alarm for Tomorrow: Hey Siri, create Alarm for 6 am tomorrow.

How to label your alarms through Siri

If you have created multiple alarms on your watch, you need to give a label to each alarm so that you can easily change or delete those alarms. But you need to name your alarms at the time of setting them; this means, you cannot create labels for alarms once they are created.

Since I want to check my blood sugar, I will keep label as “Blood Sugar” in the inverted commas.

How to Edit or Change Alarm using Siri

In case you want to change alarms on your Apple Watch, Siri will help you edit them. 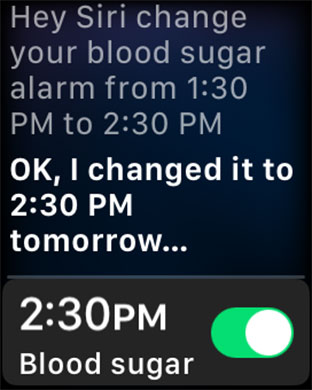 In case you have not set labels for alarms, you need to remember the time of alarms you want to change.

How to Turn off Siri Alarms on your Apple Watch

Users normally delete alarms other than morning wake-up calls. You can use following commands to disable alarms using Siri on Apple Watch.

For example, Hey Siri, turn off all alarms (Siri will remove all alarms on your iWatch). 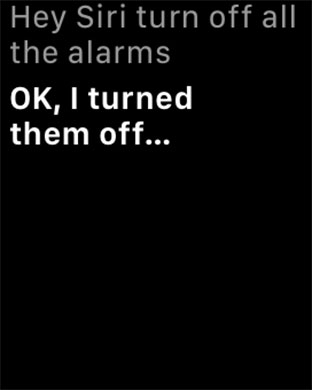 If you haven’t named the alarm, speak the time of the alarm.

You can make the most of Siri to set up alarms on your Apple Watch.