iOS 11 brings the best features in Control Center, which is now more functional than ever. So much so that Android users want iOS 11 like Control Center on their devices. If you ask for reasons, let me tell you that you can easily customize Control Center in your iOS 11 devices. However, users who have multiple AirPlay supported devices find it difficult to switch their devices as audio output section is hidden in iOS 11. Thus, switching AirPlay devices in iOS 11 on iPhone and iPad is not all that cake walk for users.

Fortunately, you can switch audio outputs in your iOS 11 device by following three different ways. Read this tutorial on switching between AirPlay devices on your iPhone or iPad running iOS 11. 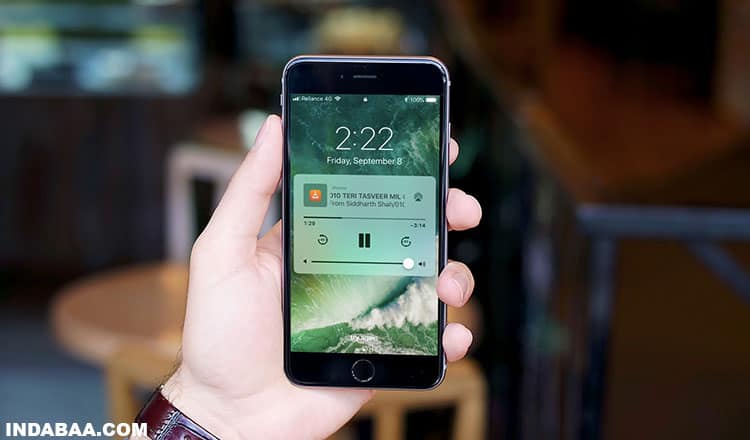 Switch Audio Outputs from Lockscreen on iPhone and iPad

Step #1: When you are playing music on your iOS device, you don’t even need to launch Control Center to switch an audio output. You can use the built-in AirPlay button available on the Cover Sheet in the new music widget.

Step #2: While the music is being played, you can either swipe down to bring Notification Center or simply lock your iPhone or iPad to go to the lock screen.

Step #3: Besides the playback title, you can see AirPlay icon in your music widget. You need to tap on it.

Step #4: Auto output screen will appear on your device screen; select any one AirPlay device.

How to Change Audio Output from Control Center

Step #1: Swipe up to bring up Control Center from the bottom of your iOS device.

Step #2: Simply tap and hold or 3D Touch on the music widget, which is seen on the top.

Step #3: A bigger square box opens up with iPhone Music; you can see essential playback controls like volume up-down, playback on-off and others. Besides the music title, you will see AirPlay icon on the top right corner. Tap on that icon.

Step #4: This will show you a list of audio outputs you are using. AirPlay devices like Apple TV, AirPods, connected Bluetooth headphones and wired headphones too. Just tap on the audio output you need and you will quickly switch to it.

How to Use Control Center Shortcut for AirPlay Controls

There is an easier way to switch AirPlay controls on your iPhone or iPad. And you can do this from Control Center.

Step #1: Launch Control Center by swiping up from the bottom of the device screen.

Step #2: You can see a little wave icon on the top right corner of music widget. If the audio output is connected to an external source, it turns blue and animates. In case you are playing audio locally or there is no playback at all, the icon will stay gray. But the moment you open Control Center, you can see the icon animate once. You need to tap on this wave-like icon.

Step #3: You will be landed on music widget and switch to audio outputs screen. Tap on your choice of audio output to change it.