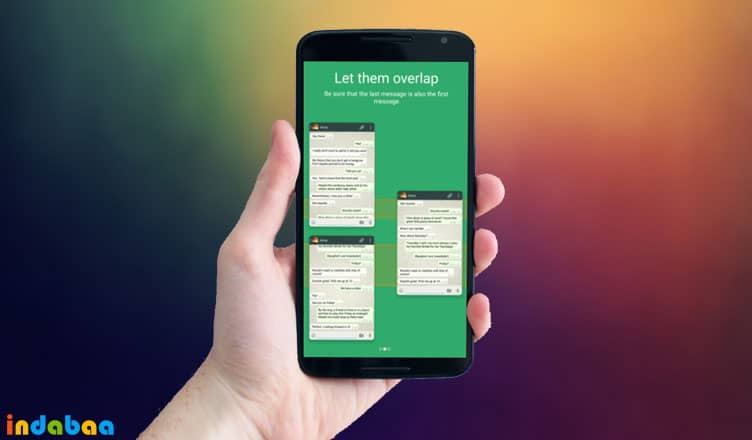 Samsung smartphones have hit headlines recently for all bad reasons. But there are some exclusive features that are not available on any other Android devices. TouchWiz framework is a little known feature among common users of Samsung smartphones. Some of the most advanced Samsung phones like Galaxy Note 8, Galaxy S8 and S8 Plus offer this feature that allows users to capture vertically scrolling screenshots.

It is obvious that not all Android users own such high-end devices. This doesn’t mean they can’t take scrolling screenshots on their Android devices. Thanks to developer Glitch, who has developed an app to offer a better workaround.

Having said that, screenshots are always important documents to present to somebody. If a website developer or designer has left an error on website, you can capture a screenshot and show the same as proof. Even if the error is rectified, you still have a proof.

On your Android phone, you have limited scope to capture screenshot of entire webpage, and therefore, Stitch & Share app, developed by Glitch, gives you a simple solution.

This app automatically detects multiple screenshots captured by you and it stitches them seamlessly together. Let’s explore how you can take scrolling screenshots on your Android phone.

How to Capture Scrolling Screenshots on Android Phone

Step #2: After downloading the app, tap open it and go through the demo screens.

This demo will explain you everything about how the app takes screenshots automatically. The beauty of this app lies in its ability to stitch those screenshots in a single, large image.

Take screenshots and stitch them manually.

Stitching screenshots manually is equally easy. Open Stitch & Share on your Android device and tap on ‘+’ symbol seen on the top right of your phone screen. From the picture gallery, select the screenshots you have captured by scrolling.

You can add as many screenshots as you want to stitch, and then tap on Share icon seen at the bottom right corner of phone screen. You can save or share the stitched screenshots on different social media channels as a single picture. You can save the image in your phone or SD card.

How to Take Scrolling Screenshots on iPhone

Like Android phone, you can take full page screenshots on your iPhone too. But not with the same app. On your iOS device, you need to download Stitch It! from App Store.

Once you download Stitch It! on your iPhone, open the app and watch the video tutorial. Give access to your Photos app so that you can select photos.

Step #2: You will be directed to your Photos app, where you have saved your screenshots.

Step #4: Once you select the images, tap on Done from the top right corner of your iPhone.

Step #5: You are now in the app, where you can stitch the selected screenshots by tapping on Stitch It! seen at the top right corner.

Step #6: Screenshots are now stitched; you need to tap on Confirm from the top right corner.

Finally, you can either tap on Done or tap on Share icon from the bottom right corner. You will be able to share this stitched screenshots to anyone.

Note that Stitch It! gives you a facility to delete any screenshot before you could stitch.