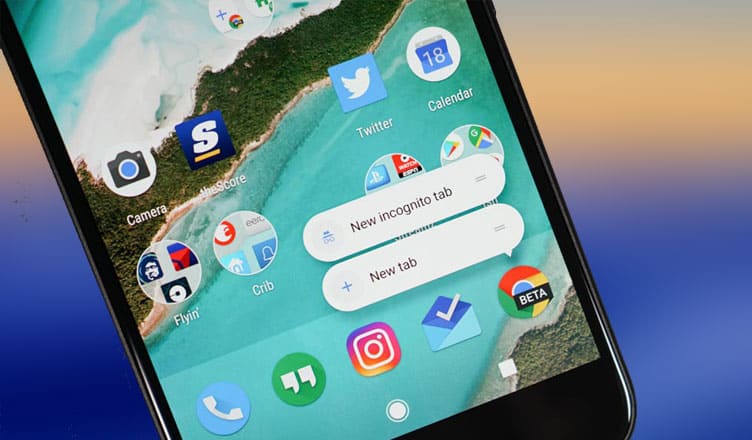 When Apple launched 3D Touch feature in its flagship mobiles iPhone 6s and 6s Plus, the world of communication technology was stunned by this giant leap. It was truly a breakthrough in mobile interaction for users. And Android doesn’t have any answer to this 3D Touch.

But now it seems that Google Pixel has something similar to offer. App shortcuts have captured attention of many Google Pixel phone users of late. It has become a popular feature in Android 7.1, and presently the feature is accessed only in Pixel phones.

Users can take advantage of this feature by long pressing the compatible app on Home screen or in app drawer of a compatible launcher, which is Pixel Launcher only at present. By doing this, you can reach out to pre-installed shortcuts and also set up new icons from those shortcuts.

For example, this facility can help you create navigation directions to Home from where you are. You can easily do this on Google Maps app. Moreover, you can check app updates on your Play Store in a jiffy. Read further and get to know how this is possible on your Google Pixel and Pixel XL smartphones.

How to Use App Shortcuts on Google Pixel/Pixel XL

You can swiftly take action from the Home screen by using app shortcuts.

Step #1: When you are on the Home screen or app drawer of your phone, press and hold the app.

Step #2: A menu will open there with a few action items; tap on any one Action.

Step #1: Press and hold the app on Home screen or app drawer of your phone.

Step #2: Next, hold down on any action you want to create a new action icon of.

Step #3: Now drag the new icon to an empty space on Home screen of your phone.

That’s it! Now you don’t need to go and open the app to use it. The shortcut you have created will help you save your time. It is just like a shortcut we create in our Windows computers.

If you have switched to Google Phones recently, you may perhaps need to transfer from your old iPhone or Android phone to your Pixel or Pixel XL. You should move the data as soon as possible.

Do you own a Google Pixel phone? How is your experience with this latest smartphone? Share your feedback with us on Facebook, Twitter and Google Plus.