Here comes another World Wide Developer’s Conference i.e. WWDC 2016. There have been rumors galore around this event for the last couple of weeks. Now, no more guesswork as the WWDC 2016 keynote has revealed everything.

This information will give you a snapshot of what has been announced at the Bill Graham Civic Auditorium, San Francisco by the Apple top brass including CEO Tim Cook. For the last few days Apple fans have been talking a lot about new iOS, new OS X, new versions of watchOS and tvOS. 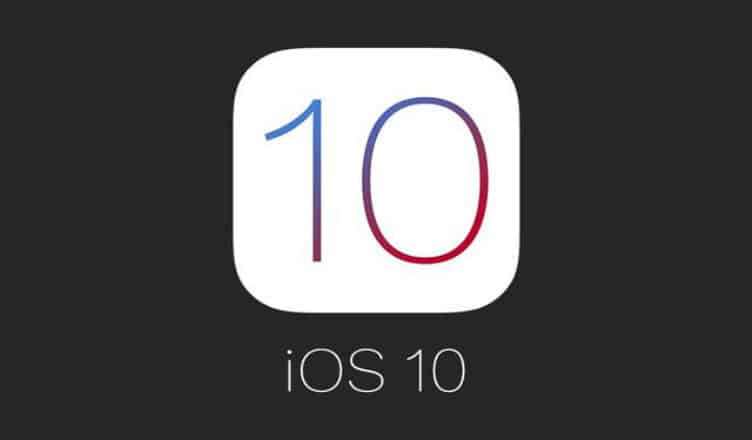 Since iOS garners major attraction during WWDC, we think it wise to give some prominence here. And this time, iOS 10 is “mother of all releases”. Hence, it deserves some space online. There are number of new features announced in iOS 10 and it would be a mammoth task to list all (and to read all for you). We are giving some of the best features of iOS 10 for you. Browse through each and just dream about the iOS, public beta of which is going to be rolled out next month. Developers can access their version now though.

Like Apple Watch, you can wake your iPhone and iPad by raising it from the flat surface. The ‘Raise to wake’ feature wakes the phone’s lock screen when you lift; this will give you an overview of notifications or updates. You will notice a significant change in the new notifications look in this iOS 10. And don’t miss the use of 3D Touch as you can reply to and interact with the app sending them instantly.

3D Touch is now strengthened on home screen, where you can include widgets for apps that don’t need you launching the app at all. This feature will enable you to see things like the latest sports scorecard with ESPN app, and get into video highlights without opening the app.

Siri is further made smarter in iOS 10. Now you can bring up an interface to interact with WeChat directly to send a message to your friends. For example, you want to invite your friend for a movie, you can ask, “send a WeChat to Jack saying let’s watch movie at 6 pm”. Siri will also perform a wonderful act in other apps like Slack, WhatsApp for communication and Uber, Didi in China, Runtastic, Runkeeper, MapMyRun, and Skype for VoIP calls.

Siri has got more contextual awareness. It gives intelligent suggestions based on your current locations, calendar availability, contacts, recent address and more.

Photos app has become smarter as it can now add new object and scene detection for a better search and filtering on your iOS device. The phone will compile all relevant photos together at any moment; for example, trips, photos from the last weekend or last month. Once compilation is done, the Photos app can automatically edit together highlighting reels of particular trips or events.

Apple Maps is “a lot more proactive”, says Eddy Cue. Apple has introduced a lot more predictive things in the Apple Maps app, which will now provide a list of nearly restaurants. Users will love its redesigned look as it is extending to navigation. Get traffic information, alternative route and also get how much time it would save.

Music lovers will enjoy this “redesign from the ground up” of Apple Music, which now boasts a simpler interface. Apple Music Connect is, however, on the diminishing curve. There is no change in the tabs displayed at the bottom of the screen; you can still enjoy Library, For You, Browse, Radio, and Search. Lyrics is the new feature you will enjoy in Apple Music.

Launched last year, Apple News has got a major overhaul this year in iOS 10. This News app has tied a close bond with Apple Music in terms of interface; this confirms that Apple is sincerely working on unified visual presence across all its new apps that will showcase bold, all-caps sans serif titles. For news freaks, the app will show breaking news notifications and subscriptions in iOS 10. Don’t miss the in-app subscriptions.

Make a smart home with Apple Home app, which is the first major all-new app in WWDC 2016. It is created on Apple’s HomeKit infrastructure, this app allows you to manage and control all your connected and compatible accessories in the home. HomeKit can also be accessed from iOS device’s Control Center; this means you can access HomeKit even if your iPhone or iPad is locked.

Phone app is not given step-motherly treatment by Apple. A striking feature of the app is voicemail transcriptions. Give your thumbs and fingers some rest and let your tongue do some magic. Speak your message and the app will type your words on the screen. On security side, this app will detect an unknown caller and will give a label of spam to those calls.

Lock Screen is now more user-friendly as you can quickly react to notifications from the lock screen using 3D Touch. Resume your conversations with friends from the lock screen. Control Center is now simpler to use with a dedicated audio pane; appreciate the Camera and Widgets screen. Use Video Playback in the 3D Touch pane.

With so much to explore in the latest iOS 10, you must have hundreds of suggestions to share. Are you satisfied with what has been rolled out during WWDC 2016? Share your feedback with us on Facebook, Google Plus, and Twitter