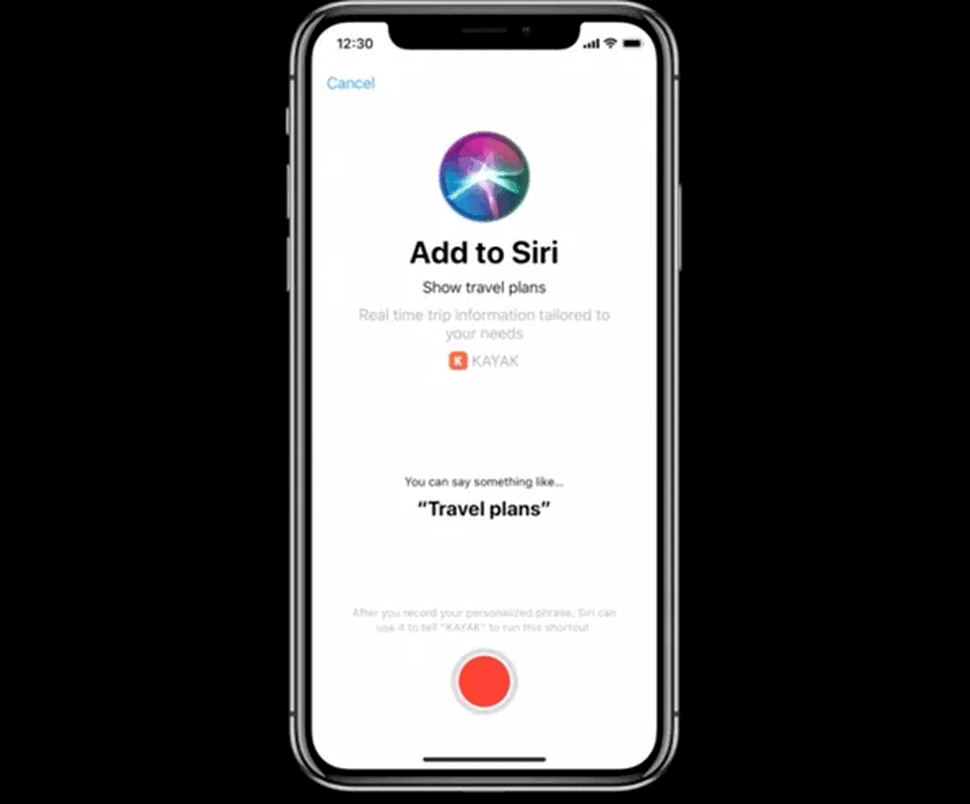 iOS 12 is the biggest update that Apple released for iPhones and iPads this year and one of the most useful features that this operating system update introduces is Siri Shortcuts. This might not be shocking news to anyone, but Siri is quite bad when compared to the likes of Amazon Alexa and Google Assistant.

However, this doesn’t mean that Apple is ready to give up on Siri yet. The artificial assistant has received a new feature called Shortcuts in iOS 12 and it lets users perform all types of tasks in an instant. The cool thing about Shortcuts is that it will help improve your overall productivity.

With that being said, today we are going to present you with a guide on how to activate Siri Shortcuts and how to use them on your iPhone or iPad in order to perform actions quicker than usual.

How to Use Siri Shortcuts 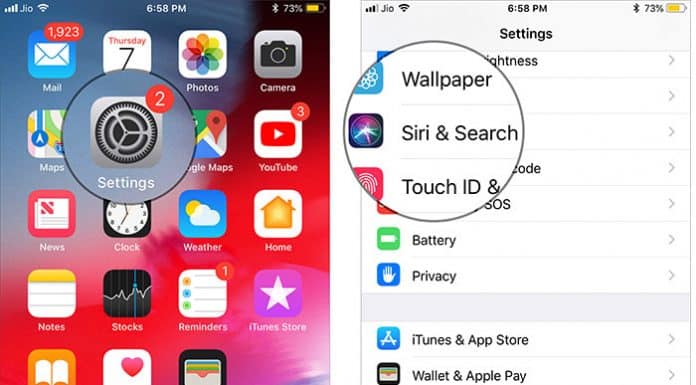 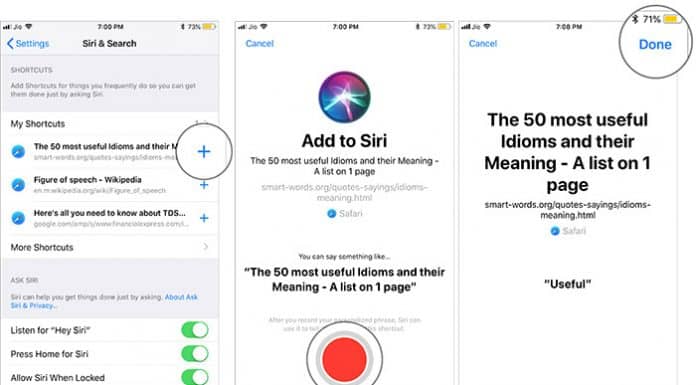 Now that we’ve shown you how to create Siri Shortcuts, we are going to show you how to activate the Shortcuts. The only thing that you will need to do in order to activate a Shortcut and to get Siri to perform the specific action is to say the designated phrase that you pre-recorded in the “Siri & Search” panel. For example, you can tell Siri “I want to buy something” and the artificial assistant will automatically open up the website for your favorite online retailers such as Amazon or eBay.

The awesome thing about Siri Shortcuts is that you can always edit them to your liking and change the phrases that activate Shortcuts. Use the following step-by-step guide in order to edit Siri Shortcuts and personalize them.

On the other hand, you might get bored of using the same Siri Shortcut every day and you want to delete them. Luckily, you can do that in three easy steps. 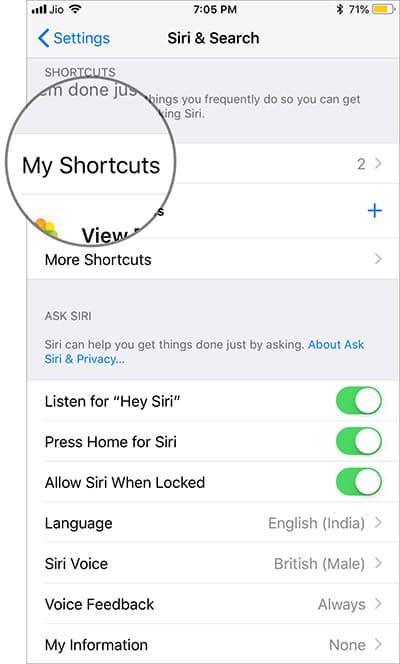 Useful Siri Shortcuts That You Will Love

If you follow the aforementioned step-by-step guides, then you will master the art of creating useful Siri Shortcuts. However, we want to make things even easier for you and we have rounded up the top three most useful Siri Shortcuts that Apple fans are using every day in order to increase their productivity. Nonetheless, let’s check out which are the best Siri Shortcuts. 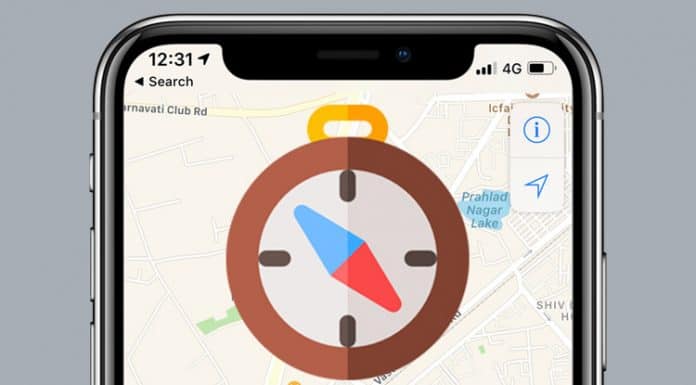 If your workplace is far away from where you live, then this Shortcut is a “must-have” for you. This Shortcut will provide you with an ETA (estimated time of arrival) to your office so that you can determine if you should take your car and risk being late or get in the subway and avoid all the traffic. You can get this Shortcut from iTunes. 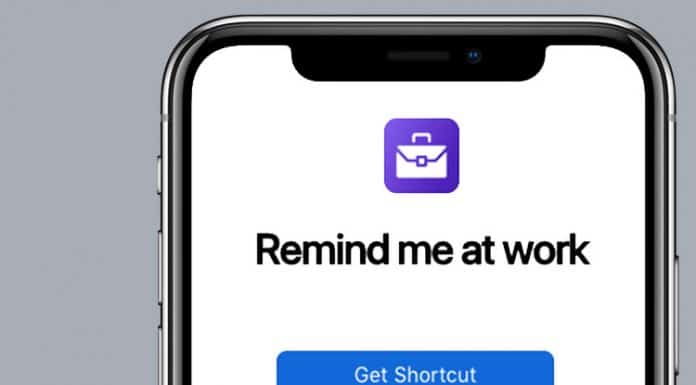 Hands down, the best thing about Siri Shortcuts is the fact that they can help improve your work productivity. Everyone forgets about work tasks from time to time, no matter how important those tasks might be and here is where Apple’s new Shortcuts come in and save the day. Just like the previous Shortcut, you can get this one directly from iTunes. 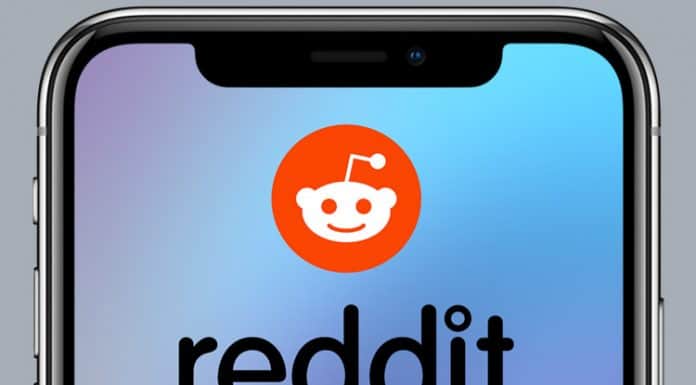 Do you enjoy spending your free time on Reddit and checking up on all your favorite subreddits? If your answer is yes, then you should be pleased to know that you can create a Siri Shortcut that takes you directly to your favorite subreddit. Therefore, this shortcut will help you access the latest news or information about your hobbies and passion faster than usual without ever having to go through the “New” or “Trending” posts from other subreddits again. Get this Shortcut from iTunes.

Did you know that Siri Shortcuts can be so useful? Most Apple fans are not going to give this feature a try because it sounds a little bit too complicated, but as we’ve shown you, setting up Shortcuts or editing them is relatively simple and everyone can do it in under a minute.

Nonetheless, iOS 12 is the biggest update that Apple rolled out for iPhones and iPads this year and there are lots of cool other features that it introduced.

You can check out some addition iOS 12 guides such as how to make your iPhone shoot photos in JPG format instead of HEIC. Another great guide that we advise all fans to check out is this one because it reveals the best iOS 12 secret feature that Apple didn’t present when it launched the update.