Apple and Google are scheduled to launch new versions of their operating systems in 2018. However, Google seems to be one step ahead because it rolled out the first public version of Android 9 Pie to its Pixel smartphones last week. Nonetheless, Apple promised that iOS 12 will launch next month and the beta versions of the operating system have already revealed to us the whole range of features iOS 12 will have to offer.

As we all know, iOS and Android will forever be at war and fans of both sides will keep comparing the two operating systems to see which one brings more advantages and has the upper hand. With that being said, today we are going to look at the features that both operating systems bring and see if Apple has what it takes to defeat Google. 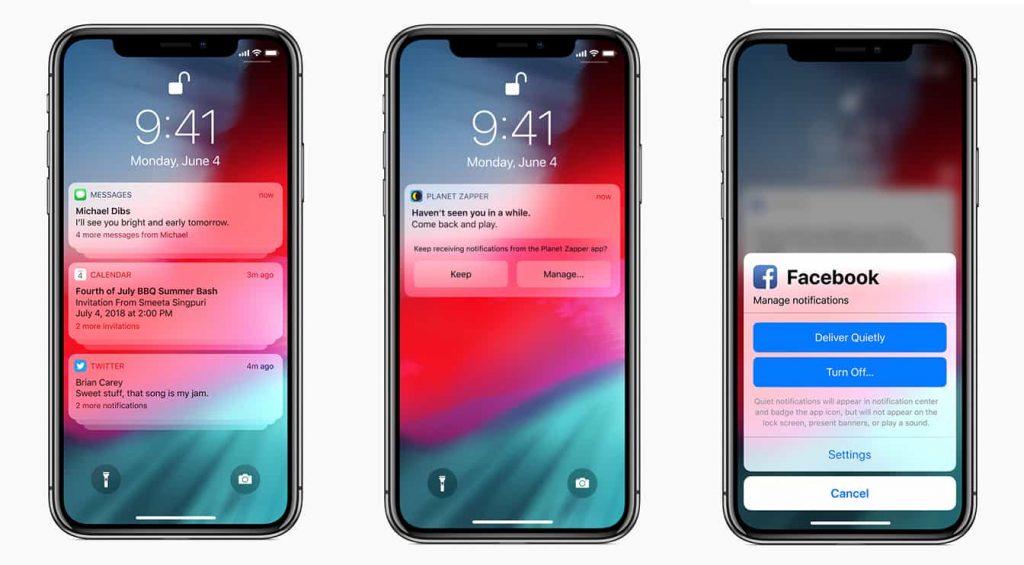 One of the big the biggest advantages that the current Android 8.0 Nougat has over iOS 11 is the fact that its notifications are automatically placed in groups. Fortunately, iOS 12 will bring this feature to Apple fans and more!

The new iOS 12 notification panel will feature grouped notifications, real-time management from the Lock Screen and even a special mode that disables notifications during rest time.

On the other hand, Android 9 Pie’s notification system comes with similar features, but it lacks one thing. Android 9 Pie doesn’t allow users to separate the contents on the Lock Screen from the Notification Center likes iOS does.

Apple was the first tech company to introduce an AI assistant (Siri) to smartphones back in 2010. The Cupertino based tech giant has kept improving Siri throughout the years and the AI assistant has now received a new feature called “Siri Shortcuts”. As the feature’s name implies, iOS users will be able to set predetermined controls for Siri and then activate them via vocal commands. For example, users will be able to say “Siri, I am home” and the AI assistant could automatically set the home thermostat to an adequate temperature while turning on the smart TV at the same time.

iPhone X hit the market last year and the smartphone’s most innovative feature is the facial recognition software that can be used to unlock the smartphone just by looking at it. This feature is called Face ID and it utilizes special 3D face scanning technology.

Face ID improves the overall security of next-generation iPhones because it allows users to open apps, notes and messages with their face. Nonetheless, Google saw the success of Face ID and decided to develop a new Biometrics API that works just like iPhone X.

Furthermore, Google’s new Biometrics API cannot be used to create cool stuff like iPhone X’s Animoji. However, smartphone manufacturers such as Samsung have created their Animojis called AR Emoji and therefore, Android users don’t have to rely on Google for this feature.

Even though we only went over three topics, we chose these because that’s where iOS 12 and Android 9 Pie will bring the most changes to. Just like always, the two operating systems are close equals and its difficult to determine which one is better. Both have areas in which they excel at, but there’s nothing to set them apart too much. Therefore, it falls on to customers to pick the operating system that suits their liking the most.