Welcome to the Steve Jobs Theater! Apple is celebrating 10 years of its flagship product, i.e. iPhone. The journey of iPhone began in 2007, and this year it completes a decade. This is why Apple has come up with its iPhone X (pronounced “iPhone 10”), where X stands for Exclusive (unlike the popular belief that X stands for 10 in Roman numerals).

Steve Jobs Theater in Cupertino, CA was filled with excitement and enthusiasm as everybody was waiting for iPhone X. 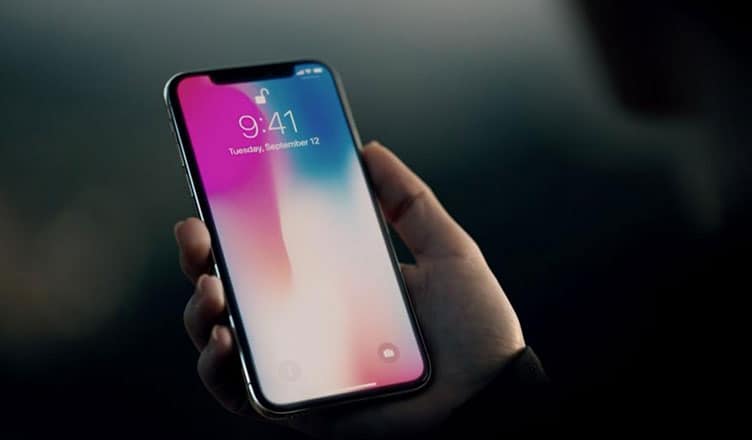 Every year, in every event, Apple keeps something up its sleeve. And this time it is the absence of home button in its much-awaited iPhone X. When Phil Schiller unveiled iPhone X, audience were surprised to see a screen without that traditional home button. But no worries people; Apple brings facial recognition technology, which is called Face ID to unlock your phone.

This Face ID brings an end of Apple’s long time Touch ID feature, which was first introduced in iPhone 5S. And users will have to use their Face ID to make purchases in iTunes Store, App Store and Music store. Now iPhone X users will have to swipe up from the button to wake the phone, and the same gesture will bring up control center once the phone is awake. If you don’t want to use Face ID, then you can opt for iPhone 8, which still uses home button and Touch ID.

The real time facial recognition technology was a real challenge for Apple developers, and therefore they came up with a new version of A11 processor to handle some unique demands of facial recognition in real time. And the solution is ‘bionic engine’, which uses neural net technology to compare each face login against a face enrolled previously. The remarkable difference between Touch ID and Face ID is the processing; in Touch ID, your identification was done on device and in Face ID, the same process is done on remote servers to protect your privacy.

Note that A11 processor is already introduced in iPhone 8 in the same event, and it is also installed in iPhone X. This processor boasts two performance cores, four high-efficiency cores, and the first Apple-designed GPU.

Here, you need to beware of your twin brother or sister, who shares genetic lineage with you. This Face ID feature will also work with Apple Pay and all third-party apps that support Touch ID. Leaks reveal that the innovative facial recognition technology can easily replace Touch ID everywhere you are using currently, including in unlocking your phone and confirming your purchases on iTunes, App Store, and Apple Pay.

Face ID is accommodated in the notch at the top of your iPhone X. It combines an IR system with front camera and flood illuminator that emits a light at your face to recognize you even in the dark. To process face recognition in real time, Apple has gone extra mile and crated a dedicated neural engine, which is based on a dual-core custom chip design.

Apple has truly revolutionized camera feature in iPhone X with TrueDepth feature. The multitasking camera is your traditional camera, an infrared camera, a depth sensor, and dot projector, which projects 30000 infrared dots on users’ face. Nobody can tamper with this technology as it is a tough nut to spoof; remember, flat images never appear the same as three-dimensional face.

iPhone X includes dual 12MP primary cameras, and it is equipped with dual optical image stabilization. Apple claims that sensors of the camera are larger and faster; and the main camera has an f/1.8 aperture. The telephoto lens has an f/2.4 aperture.

Edge-to-edge screen is a notable feature in iPhone X; this feature easily accommodates front facing camera and Face ID sensors. To protect the awesomeness of iPhone X, Apple has used surgical grade stainless steel around the sides, while front and back are made of glass. This water-resistant device is available in two colours: space gray and silver. The super retina display has pixel density of 458ppi.

Apple has done maximum use of notch at the top of iPhone X, and includes Photos and video playback. However, this can be annoying to users, who believe in multitasking (users have to do some practice to adapt to this new phone). For example, to launch Control Center on your iPhone X, users have to swipe down from the top right corner.

One of the glaring features (or products, you can say) is wireless charging pad, which can be used to wireless charge all Apple’s mobile devices. This new system is called AirPower. For this, you need to wait till next year.

Following in the footsteps of Galaxy Note 8, Apple has installed Bluetooth 5.0 technology; another wireless feature is LTE Advanced on iPhone X. Surprisingly, there are not enough accessories on the market compatible with Bluetooth 5; probably, with the release of more such phones, market will feel the need to manufacture Bluetooth 5.0 compatible devices.

You can pre-order this phone on October 27, and shipping will start from November 3.

How to Transfer Data to a New iPhone – Wireless or...

Top 8 iPhone Apps That Are Considered as “Essentials” in 2019

Top Eight iPhone Accessories Under $25 – Get The Most Out...