Science fictions have always inspired technocrats to produce innovative products. When in 1974, during an interview with Australian Broadcasting Corporation, sci-fi writer Arthur C. Clarke described a future of now-common internet-enabled personal computers, people were sceptical of his remark. Today, our smartphones and tablets give little surprise to our kids. Similarly, there were frequent scenes of language translators in these sci-fi movies. Viewers would wonder how a tiny gadget can translate the conversation that happened between two foreigners.

Seems this language translator will no longer be seen in those sci-fi movies as now people can actually use them in their everyday life. Yes, you got it right. Pilot by Waverly Labs is set to revolutionize wearable technology domain with its unique earpiece that translates language quickly. 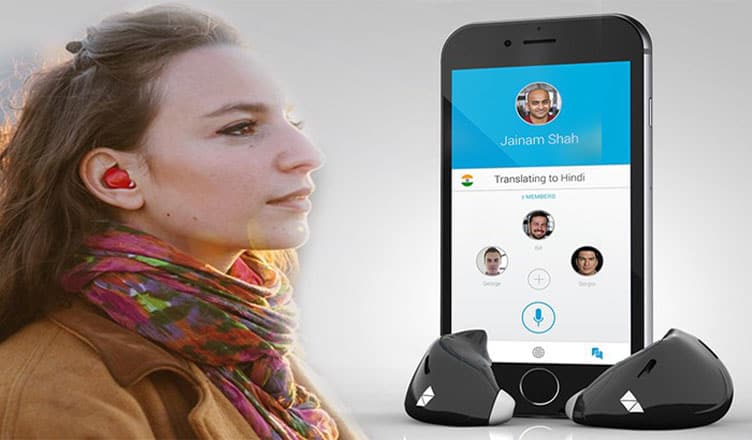 People at Waverly Labs wanted to create a world without language barrier. And they came up with a smart earpiece language translator that can be used anywhere on the earth. Basically, Pilot language translator is travellers’ delight. Whether for business or for personal interest, people explore the world. And during their exploration, they encounter different countries, people, cultures and languages. Language is our main tool to communicate with others and this becomes a major stumbling block in our way to interact with foreign cultures. This has given birth to this idea of introducing Pilot: wearable technology + machine translation that becomes the world’s first electronic language translator. 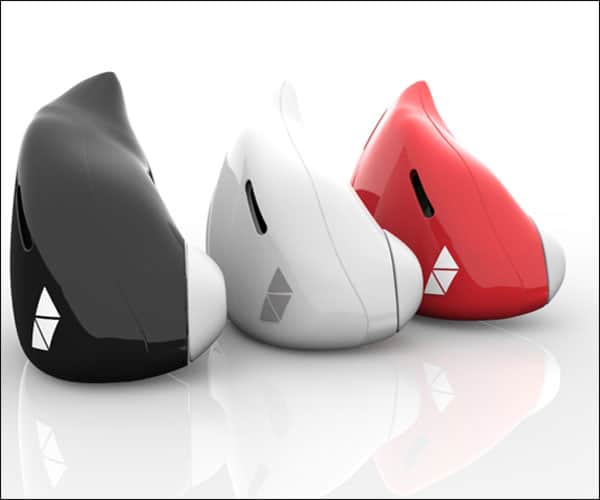 Since Pilot is a penetrative device, Waverly Labs has taken special care of its design. Take a look at its curves that smoothly hug users’ ears without scratching the soft inner skin. The earpiece is available in three colors: Red, Black, and White. The ergonomic design never creates any pain in your ear as you might wear this electronic translator for long hours during your travels. 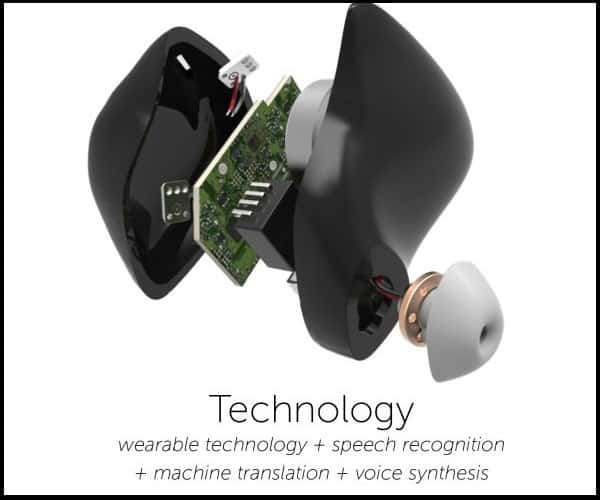 Pilot represents wearable technology, speech recognition, machine translation and voice synthesis. Before any user starts using Pilot, they have to connect this language translation device with an app. The language translation earpiece utilizes specially designed dual noise-cancelling microphones to filter out surrounding noise from the speech of people talking. The speech is then sent to the connected app, where it is passed through layers of speech recognition, machine translation and speech synthesis. Once this process is completed, translated language is sent to the other person in conversation.

Pilot earpiece translator can be used by multiple people, who can put this earpiece into inside and join the same conversation, even though they are speaking different languages. Moreover, users can switch on speakerphone on their smartphones as a loudspeaker. This will send out what you are speaking to everyone in the room. 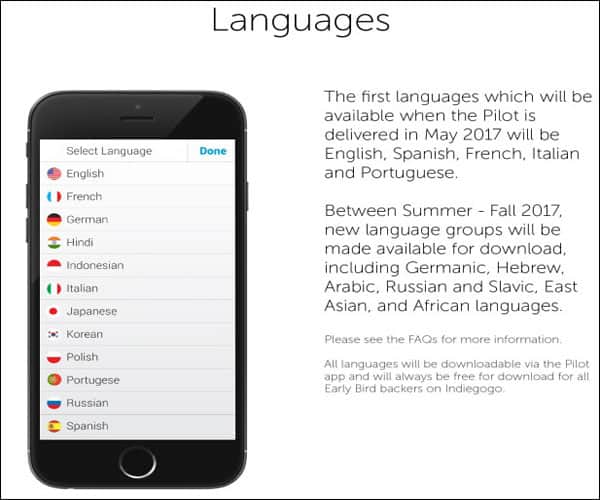 Pilot will launch its electronic translator with English, Spanish, French, Italian and Portuguese. It will take 12 more months for Pilot to introduce this device as the launch date is fixed May 2017. Next groups of languages will be Germanic, Hebrew, Arabic, Russian and Slavic, East Asian, and African languages. This will happen between summer and fall 2017.

Currently Pilot earpiece translator is available at $199. The package includes 2 earpieces, one mobile app and 1 portable charger. There are other offers available on the product. You can explore the price and other things at the crowdfunding IndieGogo.com site.

Pilot is set to break all language barriers for international travellers set out for business or pleasure trips. The device is undoubtedly a miracle of the decade as there were many such tools available offline and online, but none dared to pack such a strong punch as team Waverly Labs has done.

I request you to visit the page and help the team grow. We would like to welcome your feedback on our social media pages: Facebook, Google Plus, and Twitter.