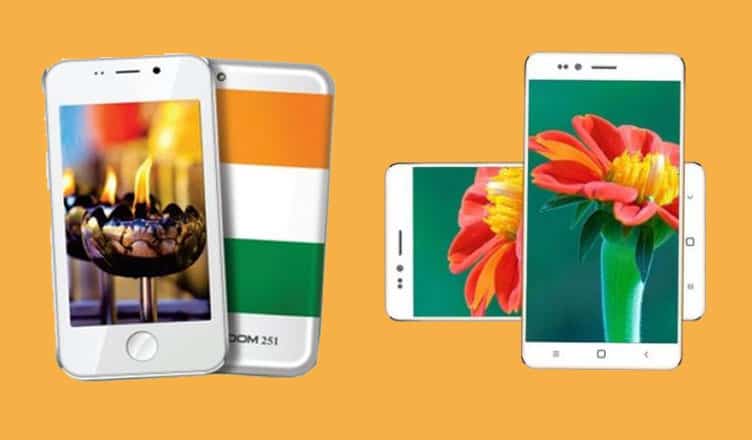 India’s smartphone market is continuously on the rise, and now the country is set to push the US market to the second spot in the next couple of years. The government of India is encouraging domestic manufacturers through Make in India movement.

Make in India seems to have got a first big dose in the form of Freedom 251 – a smartphone from Ringing Bells. So what is so special about this phone? Well, price is the punch. The phone is available at a dirt cheap price of Rs 251. This one is a Ringing Bells Freedom 251 that also marks an important chapter in the Digital India saga.

Ringing Bells is a Noida-based company, and in its official statement, it has been quoted, “The launch is in line with Prime Minister Narendra Modi’s vision for empowering India to the last person, transforming India’s growth story”.

It is noteworthy that the company had recently introduced one of India’s cheapest 4G smartphone at Rs 2,999. Ringing Bells has also two other feature phones to its credit.

Freedom 251 will be launched on February 17 by Manohar Parrikkar, the Defence Minister of India.

The phone packs solid features, which include 4-inch touchscreen with 540×960 pixels resolution. The phone is powered by 1.3GHz quad-core and it has 1GB RAM. Users will be able to store 8GB of database internally; the storage can be expanded upto 32GB with a microSD card.

For click-happy users, the phone boasts 3.2-megapixel primary camera and 0.3 megapixel front camera. The strong battery life is a glaring feature of the phone, which has 1450mAh removable battery; the phone runs on Android 5.1.

The phone comes with pre-installed apps like Women Safety, Swachh Bharat, Fisherman, Farmer, Medical, Google Play, WhatsApp, Facebook, Youtube and more. This makes people think that the phone is likely to be subsidized by Government of India.

Take a look at the Features and Specifications of Ringing Bells Freedom 251 Smartphone.