Galaxy S7 and Galaxy S7 Edge have caught fancy of users; with awesome features and facilities, some smart users want to dig deeper to unearth some more elements of Android devices. This information tells you how you can root your Samsung Galaxy S7 and S7 Edge device. Note that you need a personal computer or laptop for the process as you cannot root your Galaxy S7 or S7 Edge without PC.

Before you proceed to root your Galaxy S7 and S7 Edge device, don’t forget to take backup of your most important data. 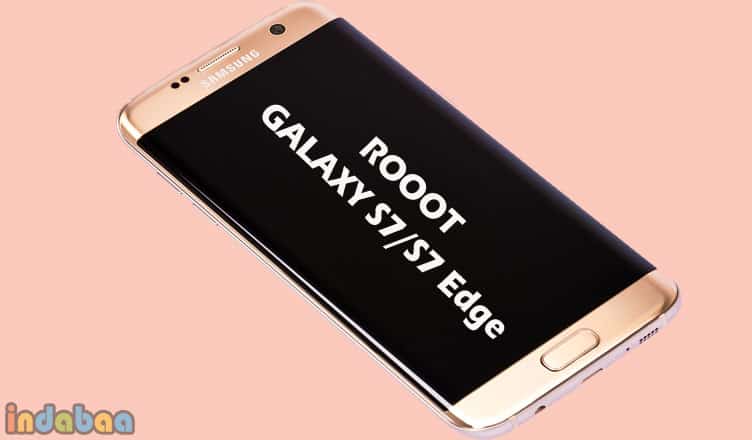 How to Root Samsung Galaxy S7 and S7 Edge

Before you go for rooting your Galaxy S7/S7 Edge, note that it can be done with model numbers G930A, G935A, G903T, and G935T enabled with Snapdragon processor. Connect your phone to Windows PC via USB cable.

Step #1: Switch off your Galaxy S7/S7 Edge (from now onwards, the two phones will be mentioned in this information as Galaxy phones).

Once the phone is switched off, you need to press and hold the power, home and volume down buttons simultaneously.

This will show you Samsung’s “Download mode” menu. Now press the volume up button to confirm your choice. Now connect your Galaxy phones to computer with USB cable.

Step #2: Extract ModifiedODIN.zip on your computer.

Step #4: Next, click on ‘AP’ button in the centre of the phone screen.

After a few seconds, you will see a message ‘Leave CS’ in the Log tab. Click on ‘Start’ button at the bottom of screen to check engineering boot image.

Step #6: Turn off your Galaxy phones and when the screen goes blank, press and hold the home, power and volume up buttons to invoke recovery mode.

Step #8: Tap on ‘Yes’ tab and move for the factory reset.

Step #9: After this, you need to reboot your Galaxy phones by selecting the “reboot system now” option.

Step #12: Connect your Galaxy phones to your computer. A message will prompt you if you wish to allow access from the computer. You need to check the box next to ‘Always allow’ on this pop-up message. Then tap OK.

Step #13: Now download the Download SuperSU root files, which will root your Galaxy phones on your computer.

Step #14: Extract the contents of the ZIP; next, copy the contents to the platform tools folder in your ADB installation directory.

Step #15: Now hold down the shift button on Galaxy phones keyboard; click right on any empty space in the folder. Choose “Open command window here.” Type in root.bat into the command prompt, and press enter.

After the procedure is completed successfully, your Galaxy phones will reboot automatically. Now your both phones are rebooted; to confirm this, you can install Root Checker on your phones from Google Play Store.

Once Root Checker is installed on your Galaxy phones, open it to “Verify Root”. Tap on “Grant” when you are asked to give the app Superuser access.