Samsung officials were apparently in hurry to wrap up the event and they did so in an hour. During 60 minutes, they quickly introduced two flagship phones: Samsung Galaxy S8 and S8 Plus, VR, VR Controller, Samsung DeX and Gear 360.

Entire event was not in order as DJ Koh, President of Mobile Business at Samsung spilled the beans at the start of the event and declared all the products Samsung was going to launch during the next one hour. This is where Apple wins the game as CEO Cook introduces products one by one, which increases surprise among the audience in the auditorium and viewers across the world.

Anyway, here you will get some important highlights of the event. To begin with, Koh introduced the two smartphones Galaxy S8 and S8 Plus with its features and specifications. This time, it is going to be a tough task for users to select any one Galaxy phone. There is no major difference between the two phones – apart from the size, of course. If you are spending more time with your phone, you should go for the bigger version as S8 Plus has more battery power: 3500mAh as against 3000mAh of S8.

“The Galaxy S8 isn’t just a new smartphone, but a new kind of smartphone.”

After 30 odd minutes, the event quickly moved to Bixby, which is touted as the innovation that will change the way you use your mobile phone. Bixby is Samsung’s new virtual assistant, which will work in four major areas viz. talk, touch, recommend, and home. This smart assistant knows what is happening on your phone’s screen and then allows you to flawlessly move between voice and search. To use this assistant, users need to press a button on the side of S8 that is dedicated to open Bixby. Moreover, Samsung has enhanced S8’s camera with Bixby for visual search. It is similar to Google Goggles. The voice assistant can search for similar images, identify landmarks, and let you buy products from Amazon.

“Our smartphones have always been the center of a connected world.”

Samsung Connect is to manage the mess of IoT (Internet of Things) devices. This single app will manage Samsung and SmartThings devices. Connect is a great help if you have filled your home with Samsung devices. Well, not everyone who use Samsung smartphone will have a TV or microwave made by Samsung. Perhaps therefore, SmartThings has struck compatibility with Philips Hue and other brands also. Apart from Connect, Samsung is also launching router like Eero and Google Wifi. Users can use the router as SmartThings hub as it supports multiple units. 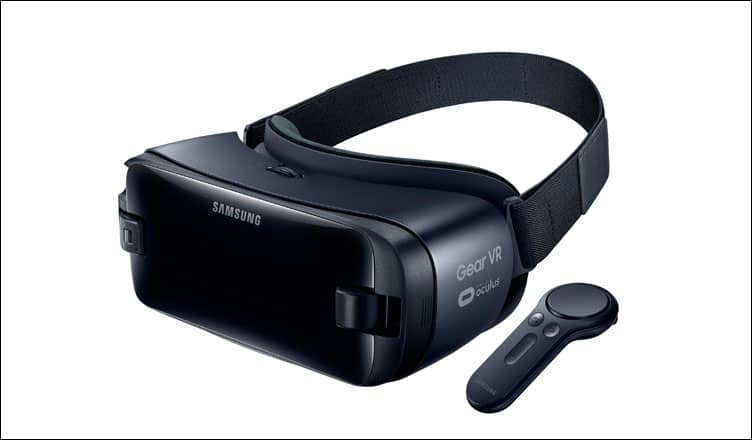 VR is the new age demand, and therefore Samsung had to do something on this line. The Gear VR now packed with motion sensing controller; its 3DOF has got trackpad and a trigger as well. Since Oculus is working to develop games that will support the controller, Gear VR is a much more pleasant experience for game lovers. You can buy VR and VR Controller at $129.

Samsung presents its new Gear 360, which captures 360-degree content in 4K video. This camera is smaller in size and has a built-in handle. A glaring feature of Gear 360 degree camera is you can live stream in 2K to a phone or PC; it also works with iPhone. Live streaming also works with Facebook, YouTube, or Samsung VR. 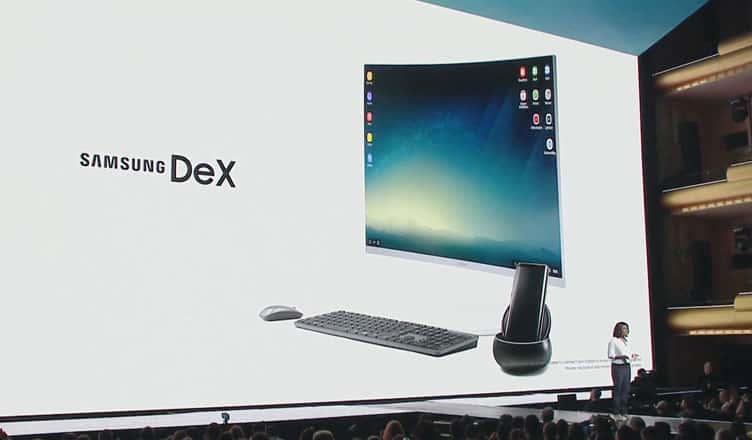 Finally, it is Samsung DeX. It is a Desktop Experience, which can turn your Galaxy S8 into a PC with its DeX dock. This device runs entirely on Android; you can use Android apps on a large screen with a mouse and keyboard. DeX gives you a Windows-like desktop experience (therefore it is DeX) and multi window support. Samsung confirms that the device worked with Microsoft and Adobe to optimize apps for DeX. Users can drag and drop files into apps and windows. DeX price is not declared during the event, but based on a leaked price of €149, experts expect that DeX would be available at an estimated $160 or £129 and AU$210.

All in all, the event was OK for viewers and audience present there. If you were a witness of the event, you can share your feedback with us on Facebook, Twitter and Google Plus.