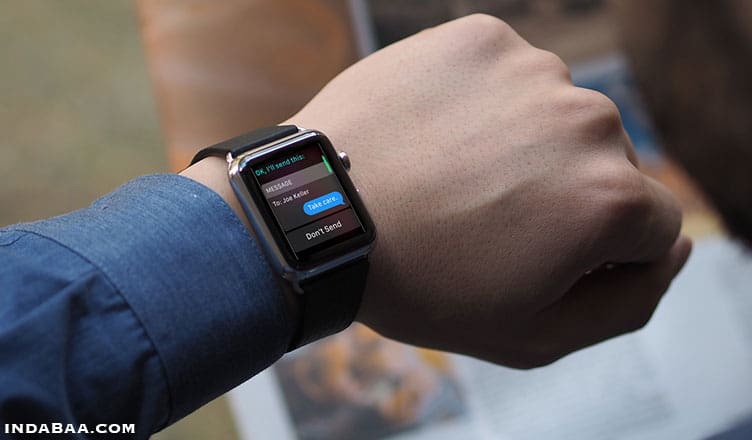 Siri is an intelligent voice assistant working smartly in Apple’s iPhone, iPad, Apple TV and Apple Watch. In WWDC 2017, Apple has added a few more features to Siri and now Siri is working even better. However, some of the features of Siri are unknown to many users. Siri’s ability to send a message from Apple Watch is long used by many pro users. Many common users are not aware of this feature. Now you can send message on Apple Watch using Siri.

How to Send a Message with Siri on Apple Watch

Step #1: Raise your wrist to wake up Apple Watch, and then say, Hey Siri.

Step #2: Now command Siri: Send a message to (name of the contact/phone number).

Step #3: You may be asked to select a device.

Step #4: Next, tap on the microphone icon.

Step #6: Now press the Digital Crown to send your message; alternatively, you can say, “Hey Siri, send it”.

How to Send a Message Using Siri without Touching Apple Watch

This is rather surprising. But you should try this as it gives you ease and comfort of sending a message from Apple Watch.

Step #1: Raise your wrist to wake up Apple Watch, and then say, Hey Siri.

Step #2: Now give Siri a command; for example, “Tell (name of the contact) to go home period.”

Step #3: You may be prompted to choose a device; in this case, say, “Hey Siri (device name). Siri will choose the destination device for your message.

How to Reply a Message with Siri on Apple Watch

Step #3: Had you said Hey Siri, reply, you need to tap on microphone.

Siri is an amazing voice assistant that can save your energy. If you can use it wisely, this intelligent assistant can complete your tasks following your voice commands. Sensing the tremendous opportunity in Siri usage, Apple has improved Siri in its iOS 11. You can expect more improvements in future updates. Meanwhile, enjoy Siri’s all new Translation feature that can translate English to Chinese, French, German, Italian, and Spanish.