Movie lovers mostly prefer night time to watch their favourite movies on Apple TV. The streaming device from Apple is now updated with the tvOS 11. However, in its tvOS 10 update, Apple has rolled out an important feature; by using this feature, users were able to use Apple TV in darker-lit rooms. A step further, Apple has introduced a better feature in tvOS 11; as per this feature, you can set Apple TV to switch between light and dark mode automatically.

This new feature was launched on September 2017, and with this, Apple TV users can easily change light and dark mode automatically on their Apple TV devices. You can enjoy this feature on any Apple TV supported by tvOS 11 or later version. 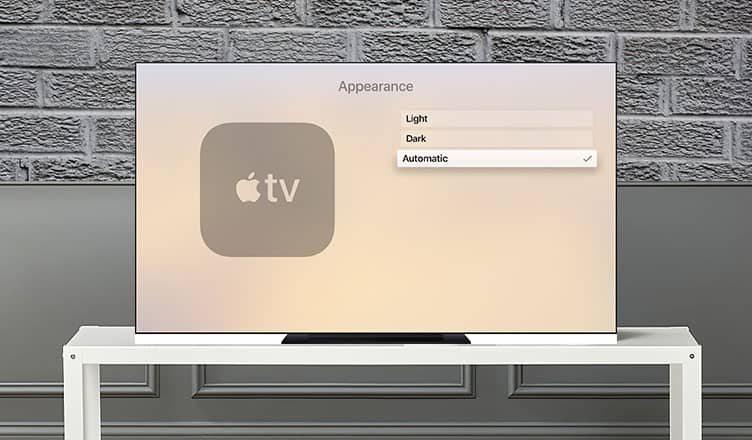 Step #2: Now tap on General and then select Appearance.

Step #3: Here, you need to select appearance of user interface.

As said earlier, gamers and movie freaks would love this Dark mode when they consume their favourite contents during night.

Since this ‘Automatic’ feature switches between Light and Dark mode as per the time of the day, you must set the Time Zone turn to Always: Settings → General → Privacy → Location Services. This will enable your tvOS to decide your local time.

At any time in the day, you can press the Siri button on your Apple TV remote and speak, “Dark Mode” or “Light Mode”.

Is there anyone in your group, who is straining eyes in the night? You can share this tip to auto-switch between light and dark mode on Apple TV. Also share your feedback with us on Facebook, Twitter and Google Plus. We will appreciate your comments in our Comments section below.