Every smartphone user is a self-appointed photographer. The moment he sees something worth clicking, he takes his phone and captures the object or person. But this doesn’t degrade the value of DSLR cameras that offer better features. However, smartphones allow users to take quick photos, and this makes all the difference. With recently added features and apps, smartphones are now capable of capturing 360-degree photos. Users like to explore features like panoramas and VR, and therefore, brands enable users to take 360 photos on iPhone and Android smartphones and share them on Facebook.

We have listed two different methods to capture 360 degree Photos on iPhone and Android phone. Once you shoot 360 photos, you can share them on your Facebook wall. 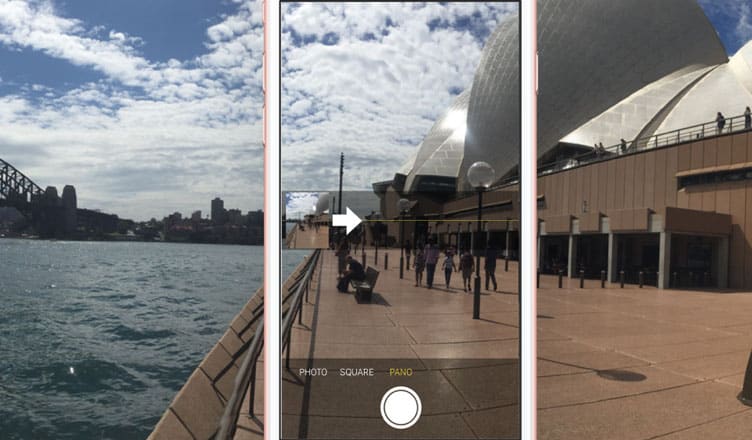 How to Take 360 Degree Photos on Android Phone

If you are using a high-end Nexus or Google Pixel phones, you can explore its built-in 360-degree photo feature; these phones boast features like panorama, and photosphere/surround shot. Many Samsung smartphones had photosphere feature earlier, but the brand has removed this feature for reason unknown. On your Samsung smartphone, you can get back this feature by heading to Camera → Camera modes (swipe to right) → Download and next, you can download surround shot.

For other smartphone owners, they have to download an app from Google Play Store. There are a number of apps that can be used to take 360 photos on Android phones; but Google Street View has received many stars by Android users. And therefore, you can go with this clean and spam/ad free Google Street View app.

Step #2: Now select a breathtaking view you want to click in 360-degree.

Step #4: Move your phone around and guide the circle over orange dot until the photo is clicked.

You can continue clicking for about 20 times until you photograph entire surrounding on your smartphone screen. User has to confirm that you have finished capturing 360-degree photo in Google Street View app; other apps automatically start stitching the image.

The photo will be saved in Gallery folder on your Android phone.

How to Take 360 Degree Photos on iPhone

iPhone has got a panorama feature built in its Camera app, but there is no such feature like 360-degree photo. Users are dependent on a third-party app to take 360 photos on iPhone. Like Android, iPhone users too can download and install Google Street View from App Store to capture 360 photos on their devices.

Step #2: After three instructional screens, the app will ask to access your location when you use Google Street View. Tap on Allow.

Step #3: Next, Turn on notifications so that Street View can send you notifications; simply tap on Allow button. 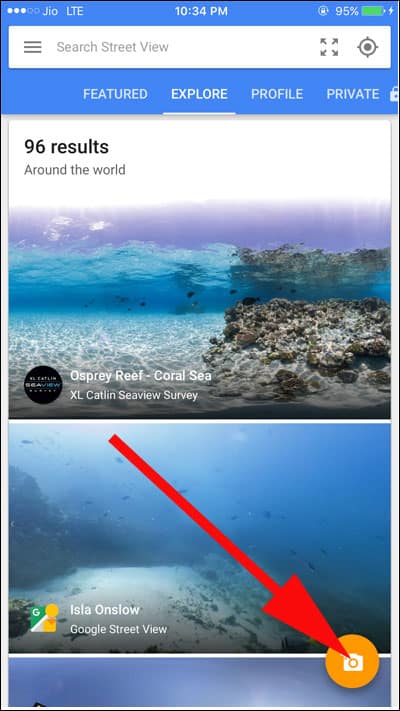 Step #5: You will see three options on the screen: Link external 360 camera, Import 360 photos, and Camera. Tap on the last option, i.e. Camera. 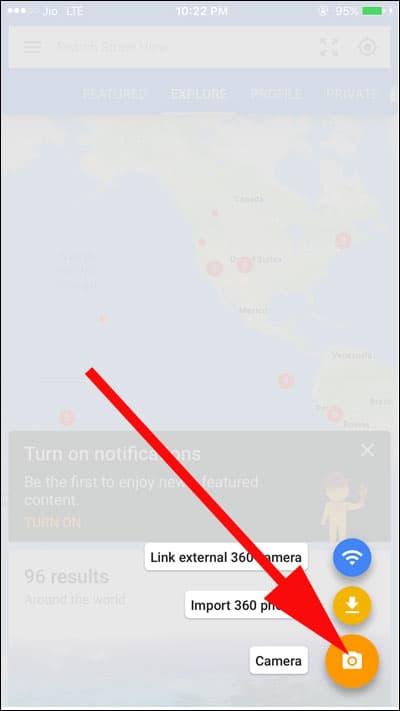 Step #6: You are now landed on the screen: Capture full 360; tap on OPEN CAMERA from the bottom.

Step #7: You need to give ‘Street View’ permission to access your iPhone’s Camera app; tap on OK. 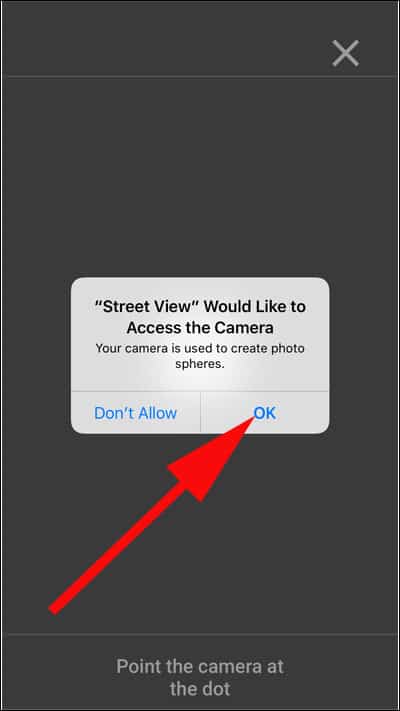 Step #8: Finally, point the camera at the dot (you can see an orange dot, which was also there in Android version of Street View). 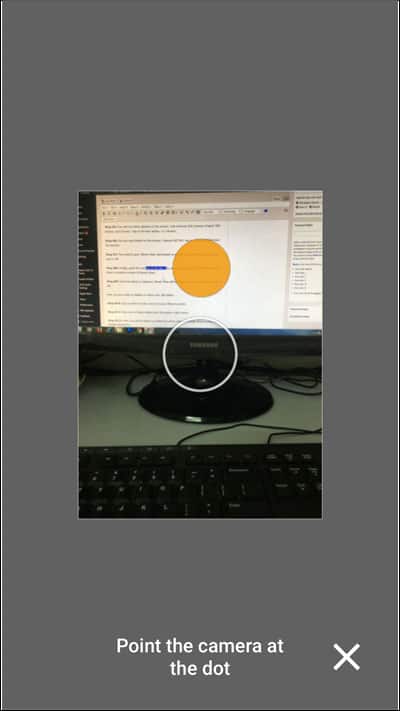 Step #9: Once the photo is captured, Street View will ask you to access your Photos; tap on OK. 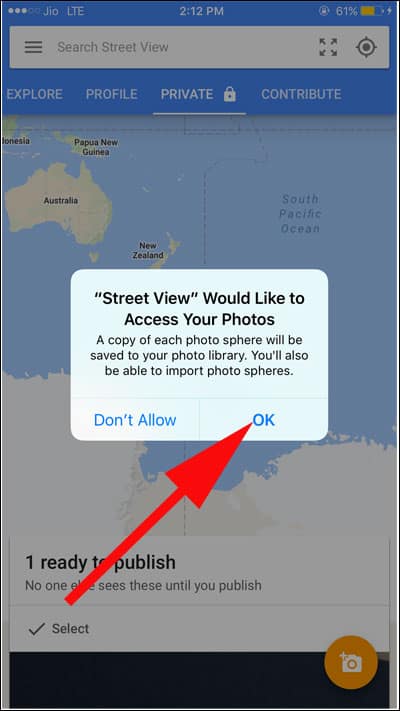 Now you are ready to publish or share your 360 photo.

Step #10: Tap on photo to fully view it on your iPhone’s screen. 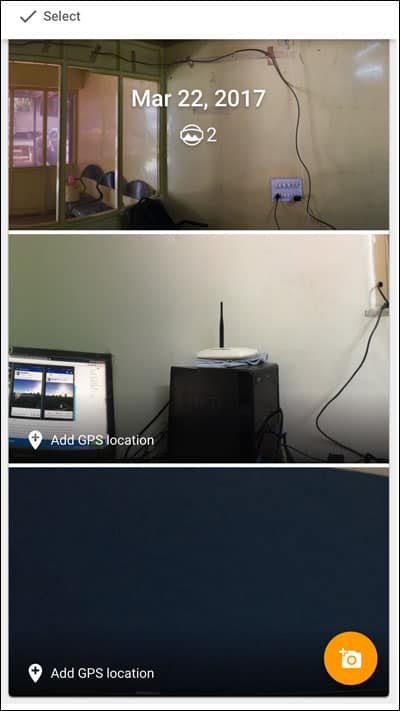 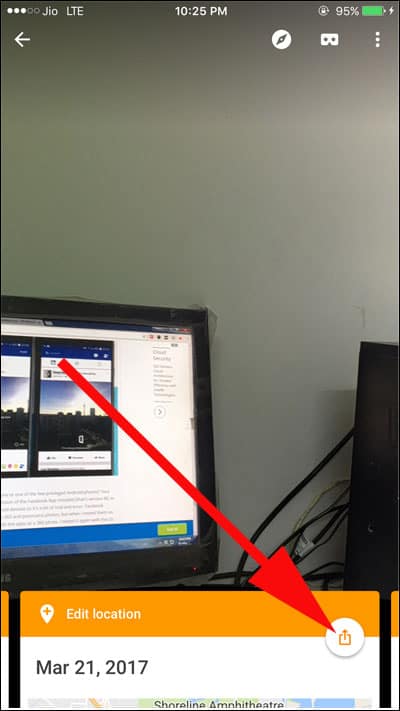 Step #12: Here, you will be asked to publish the photo either to Google Maps or you can SHARE PRIVATELY. 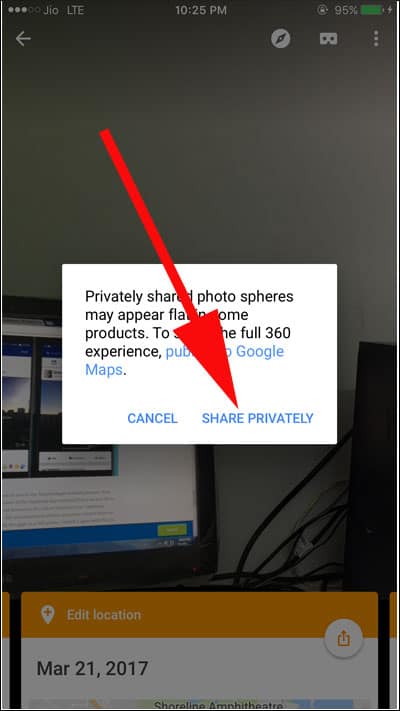 You can choose any one option and publish or share your 360 photos. 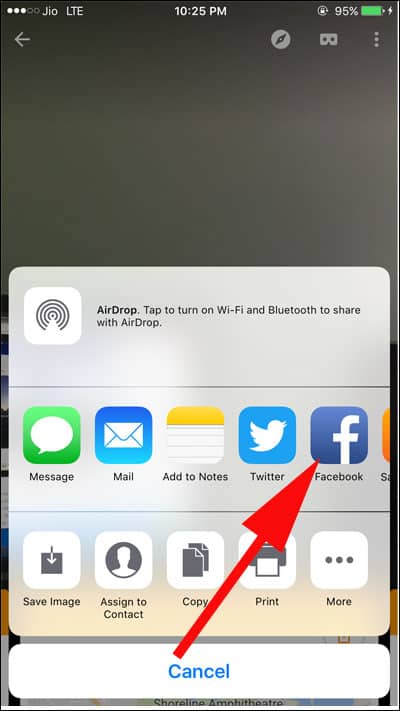 How to Take a Panorama on iPhone or iPad

iPhone offers a built-in feature to take a panorama; this feature is available in Camera app.

Step #2: By default, you are on PHOTO mode; you need to swife left to bring PANO. 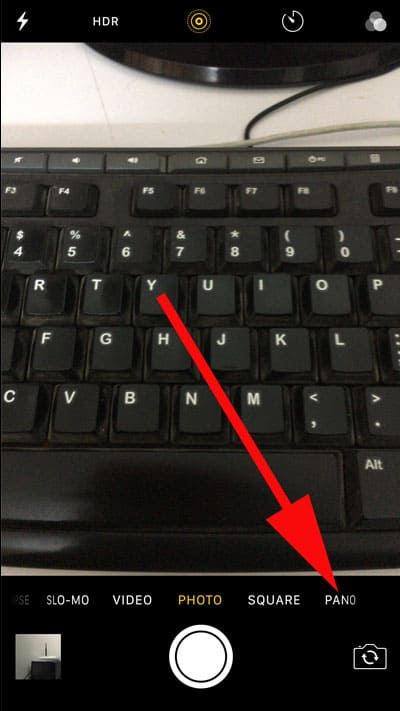 Step #3: You can see a white arrow on your phone screen; tap on it to change the capture direction. 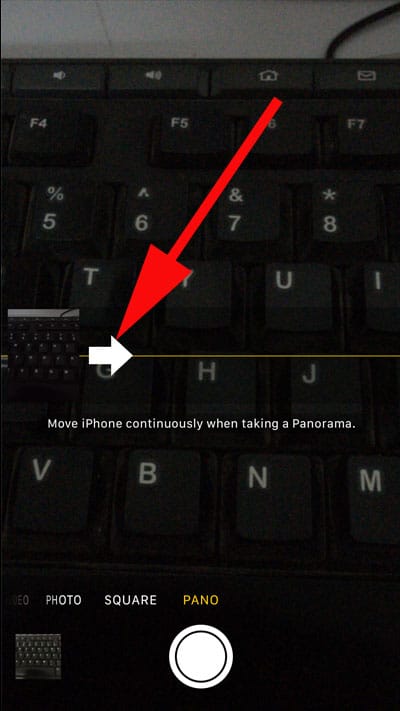 Step #5: Next, you can move or pan your iPhone or iPad to shoot as much of your surroundings as you like. The Camera app will give you guidance if you are moving the phone too fast or too slow.

Step #6: Tap on shutter button once again to complete the panorama.

Your panorama photo will be saved in All Photos folder in Albums of Photos app.

While iPhone has this facility of Panorama photo, not all Android phones offer this feature. You can use DMD Panorama app from Google Play Store to capture panorama photos on your Android smartphone.

Apart from your Android and iPhone, you can take 360-degree photos with some of the best 360 Degree cameras. You can enhance the performance of your iPhone camera with high quality iPhone camera lenses. Another notable Camera feature lies in your iPhone is Live Photos. This is more popular than panorama photo on iPhone, and perhaps this is the reason why people turn Live Photos in GIFs on their iPhones.

If you have captured beautiful photos on your iPhone and want to upload them on a stock photography sites, you can add watermark to photos on iPhone. This will protect your photos from being used by others for any marketing purpose.