The day that you have been waiting for is here! Black Friday is in full effect on Amazon and the famous retailer is now offering amazing deals for all types of tech devices. Even though Apple’s devices are always equipped with the best hardware parts available on the market and the performances that they offer are outstanding, we can’t omit the fact that they are usually a bit too expensive when compared to other devices. Fortunately, Black Friday is here and Amazon is offering five deals for Apple’s products that you are going to love. With that being said, today we are going to check out which are the best Apple deals on Amazon.

The Best Apple Deals on Amazon 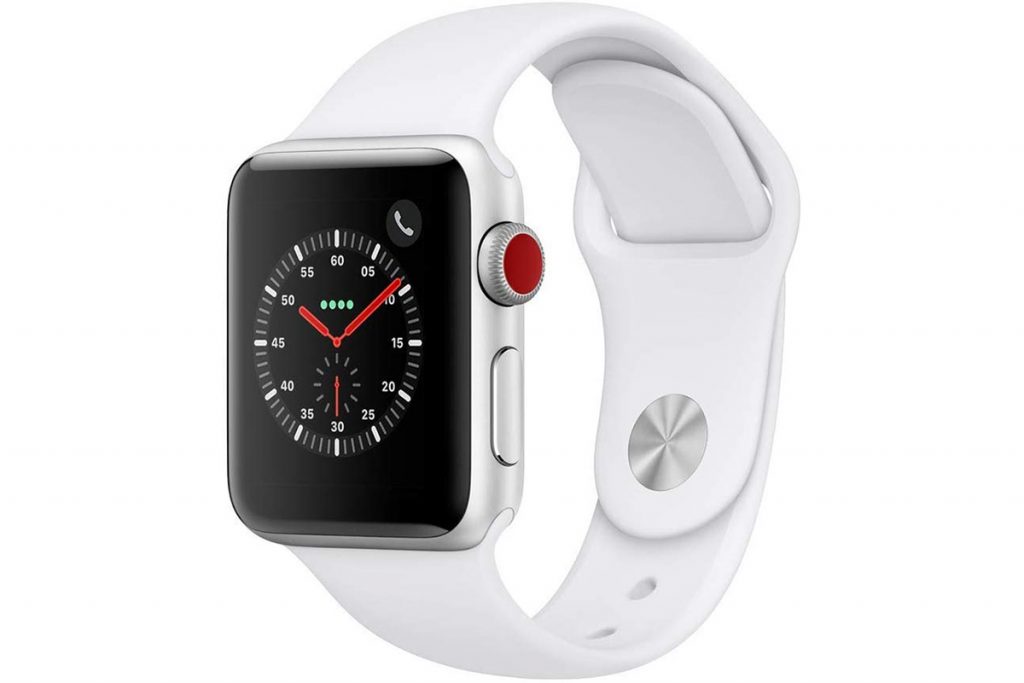 Watch Series 3 launched back in 2017 and it took the smartwatch industry by storm with its sleek design and useful features. The smartwatch is running on the watchOS 4.0 operating system straight out of the box and it can be updated up to watchOS 6.1.

Leaving the design and operating system of Watch Series 3 aside, what truly makes this smartwatch stand out from all the others is the fact that it is fueled by the powerful Apple S3 chipset which is paired with a dual-core CPU and PowerVR GPU. Moreover, the smartwatch has an internal storage space of 16GB and 768MB RAM.
Price: $229
Purchase it from Amazon

If you are willing to spend an extra $100, then we highly advise that you go for the Watch Series 5 instead of the previous product shown on our list. This is the latest smartwatch from Apple and it ships with a display that never sleeps. Watch Series 5 uses an innovative technology called “Always-On Retina” so that the user can always see the time and all the other apps that they have selected to be featured on the watch face.

The highlight feature of Watch Series 5 is the highly popular ECG app. Thanks to the mix of innovative features and powerful specs that Apple has equipped Watch Series 5 with, the smartwatch is able to check the user’s heart rhythm with such a high accuracy that the data can be presented to the doctor. We also want to note that Watch Series 5 is the perfect watch for people who enjoy sports since it is equipped with a plethora of fitness-oriented apps.
Price: $354,00
Purchase it from Amazon 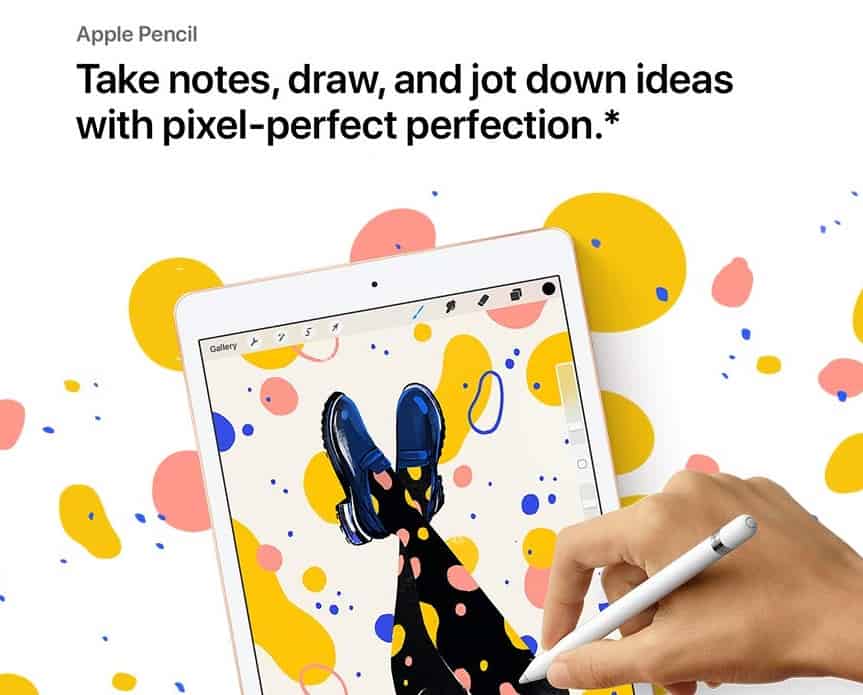 There is no better time to purchase one of Apple’s iPads than now! The latest iPad 10.2-inch model is now only $249 on Amazon and it ships with the useful Retina Display that makes the tablet easier on the user’s eyes, especially when reading. Another cool feature that we want to mention is that iPad 10.2-inch is bundled with a Smart Keyboard that makes it possible for users to get work done directly on their tablets as they would do on a laptop. To top it all off, thee Smart Keyboard can also be used as a cover.

When the iPad 10.2-inch gets paired with the Apple Pen it becomes the best device for people who love drawing. Artists from all over the world are saying that Apple’s iPads have helped them become better at drawing and if you are interested in this, then getting the iPad 10.2-inch for $249 is going to be the best deal that you can access this year.
Price: $249
Purchase it from Amazon 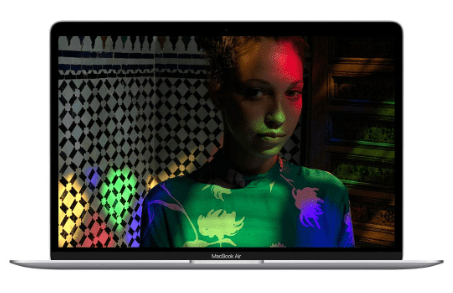 If the iPad 10.2-inch is not what you are looking for and you need a laptop, then you should be happy to know that Amazon is offering the popular MacBook Air (13-inch model) for $899,99. The laptop is equipped with a stunning 13.3-inches screen that uses the Retina Display technology which is paired with True Tone. To make things even better, MacBook Air offers one of the highest security levels for users since it ships with support for Touch ID.

MacBook Air is a beast when it comes to hardware power since it fueled by a dual-core 8th Generation Intel Core i5 processor that runs alongside an Intel UHD Graphics 617 graphics processing unit. Moreover, Apple has equipped the laptop with 8GB of RAM and fast SSD storage space to provide user with fastest speeds. In addition, MacBook Air is available in the 128GB/256GB internal storage space variants.
Price: $899,99
Purchase it from Amazon 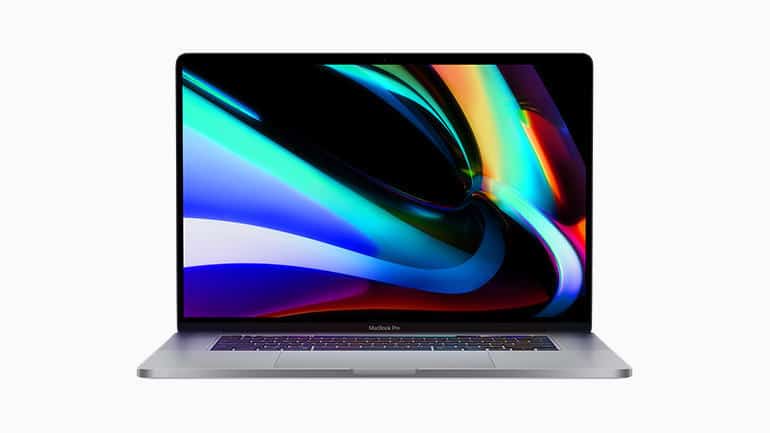 While the MacBook Air might be a powerful laptop that will help you get work done, you might be searching for something with a little bit more “kick” to it. Here is where the $1,099,99 MacBook Pro deal comes in. This laptop is equipped with a quad-core 8th Generation Intel Core i5 processor that can handle heavy-duty tasks easily, especially since it is paired with up to 32GB of RAM.

One of the coolest features that the MacBook Pro offers is the Touch Bar which has been specially designed to help users be more productive by providing them with shortcuts to their favorite apps or tools. Just like the MacBook Air, the MacBook Pro ships with Touch ID support so that users never have to worry about someone being able to crack their password.

We also want to highlight the fact that MacBook Pro is equipped with a six-speaker sound system that makes the laptop great for people who enjoy listening to their music while working or to simply watch their favorite movies and hear everything in high-quality output. In addition, the MacBook Pro is equipped with microphones that are studio-quality.
Price: $1,099,99
Purchase it from Amazon 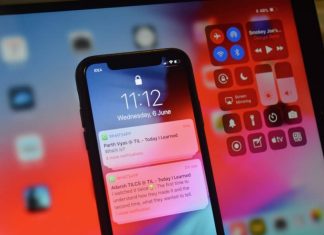 Hidden iOS 12 Tips to Avoid Annoying Notifications in the Middle...

It’s been a couple of days since Apple rolled out the sixth version of iOS 12 developer preview beta and this means only one...